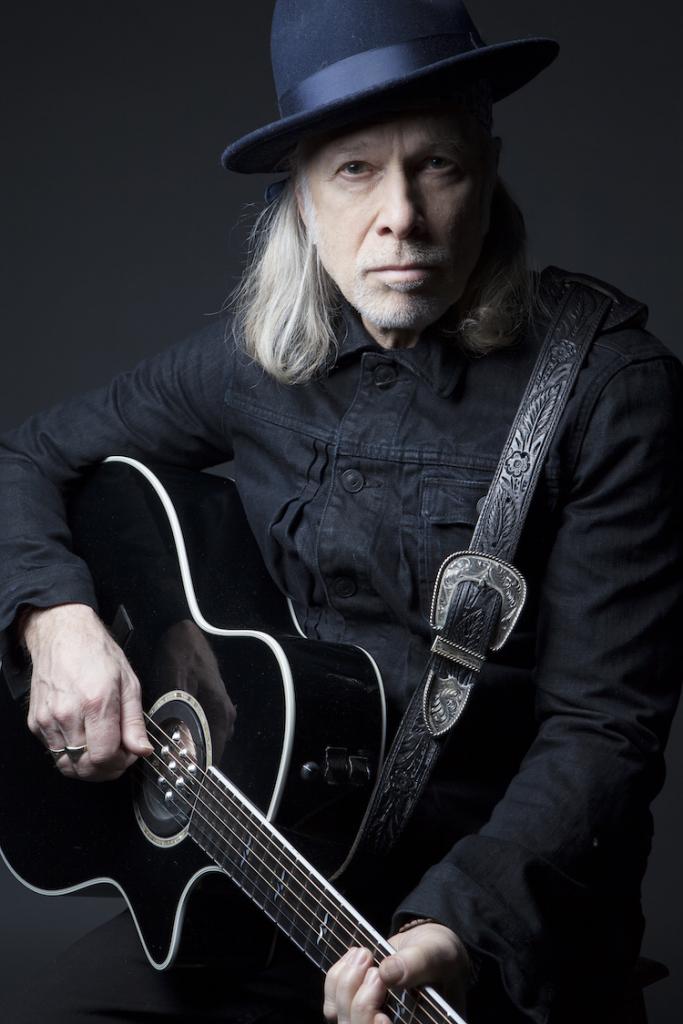 Long Island born Elliott Murphy began his career billed as the “new Bob Dylan,” a misnomer which obscured his true talents as a rocker with an iconoclastic literary style.

After limited sales on three major US labels in the 70s, Murphy was cast out of the American music limelight. But the Rockville Centre native later found a home for his music in France, relocating to Paris in the late 80s. His music and literary career have continued to thrive in Europe with a new album, Prodigal Son, released in May along with continuous touring.

But he’s not done yet. The Second Act of Elliott Murphy, a documentary on his career and life featuring effusive commentary with Billy Joel and Bruce Springsteen, will have its US premiere at the Stony Brook Film Festival July 26. (It was released as a DVD in Europe in 2015.)

Murphy, who will also appear at the Rockwood Music Hall in Manhattan on August 1, spoke with me about his career and dreams of returning to America.

Rockwood Music Hall and Stephen Talkhouse seem to be your favorite places to play in the NYC and Long Island area. Why is that?
My history with the Rockwood Music Hall goes back to the early 80s when I was playing almost every Wednesday night at the original Tramps club on 15th Street in Manhattan. One of the regulars in the audience, Michael Levine, is an associate of Ken Rockwood and he brought me to Rockwood some years ago. It’s a great club and attracts a listening audience. My habitual homes as far as playing live in the NYC area were or have been The Bitter End, Max’s Kansas City, The Bottom Line, Tramps and now Rockwood. And out on Long Island I was playing My Father’s Place in Roslyn all through the 1970s and the Stephen Talkhouse in Amagansett since 1977, before it was the well known concert venue that it became. When I was signed to Columbia Records in 1976, I moved out to the East End to write songs and the Talkhouse was my home away from home. My brother Matthew and I have written a novel Diamonds By The Yard, and much of it takes place right there at the Stephen Talkhouse.

Why do you think your more literary style is better accepted in France and Europe in general?
Ironically, I think most American singer-songwriters who tend to give some attention and importance to their lyrics have a better reception in Europe these days. That goes for Bob Dylan and Bruce Springsteen too. Leonard Cohen was always huge in France and Spain as well. I say it’s ironic, because more often than not you’re playing to a public who does not have a firm understanding of English, and at best it’s their second language. But rock ‘n roll is considered more a part of culture in Europe whereas in the US it’s part of show business. But those lines are becoming less and less distinct in the global music business arena. In my case, I think it’s always been a reciprocal love affair with Europe. I first came here in 1971 and played in Amsterdam and Paris and Rome. I did a bit part in Fellini’s Roma and the quality of life over here really appealed to me. Also, I was still recovering from the tragedy of my father’s death a few years before, and in Europe I was able to leave all that sadness and trauma behind me. Maybe that’s why I’m still here today.

It sounds as if you’re very content with your musical career in Europe. Has that mitigated any lingering disappointment about your lower profile in the US?
I can’t deny that it is frustrating to not have a larger audience in my homeland…The 80s were a very difficult period for me in the USA and I even considered dropping music completely and becoming a lawyer. I went back to college and got a degree and took a job in a law firm for two years but the music kept pulling me back. In 1983, I was asked to perform at the prestigious Montreux Jazz Festival and many other well-known venues in Europe such as the Paradiso in Amsterdam and La Palace in Paris. Finally, I was taking so much time off, the law firm said I had to make a choice and I chose music. I had been on three [labelsl in the US—Polydor, RCA and Columbia. Although all of them believed in me and really tried to promote my albums, the results were less than we hoped for. But in Europe, it was another story. “Anastasia” from Just a Story From America was a hit in France and my self-produced album Murph The Surf went top 10 in Sweden and Italy. Like any artist, you’ve got to go where you’re appreciated.

How did the documentary The Second Act of Elliott Murphy come together?
Jorge Arenillas, the director, and I had worked together on an earlier film of his where I contributed music. When he told me his next project was going to be a documentary of my career and life I didn’t know whether to take him seriously. But he started following me around on tour with camera and crew and soon there was the birth of a real film. The title came in the middle of the shooting when he asked me why I moved to France and I told him about this well-known quote of F. Scott Fitzgerald that there are no second acts in American lives so that’s why I had to move to Europe—to have a second act.

What new side does The Second Act of Elliott Murphy documentary show of your music and life and how does it illuminate key transitions and challenges in your musical career?
The Second Act of Elliott Murphy shows a consistency in my music these past 44 years. My voice has gotten a little deeper and my stage presence might be more assured, but I’m still swimming in the same rock ‘n roll river I dove in after Aquashow came out in 1973. If the film highlights any key transition in my career, it’s probably finding Olivier Durand and having him join my musical journey to the point that now I’ve played with him longer than with any other musician. I think the story the film tells how I found myself literally deserted by the American music business after my auspicious career beginnings in the 1970s. As a result, the film illuminates how I had to export my career and my life to France if I wanted to continue working as a musician. Incidentally, there have been other artists who shared the same journey. My wife Françoise says something in the film about how “that guy never gives up” and I suppose persistence and tenacity are my greatest assets. Sometimes I hang in there when all the signs say it’s time to quit. But as Van Morrison once sang, it’s too late to stop now.