Anthony Tartaglia found his niche in the kitchen and has not looked back. He started at age 13 as a busboy, and worked his way up the ranks to be the owner of both Verde Kitchen & Cocktails and Coastal Kitchen & Daiquiri Bar in Bay Shore.

I spoke with Tartaglia about the journey and influences that led him to become an established restaurant owner, and what his restaurants will be whipping up when Pulse hosts the North Fork Summer Social Sunday, Aug. 6. 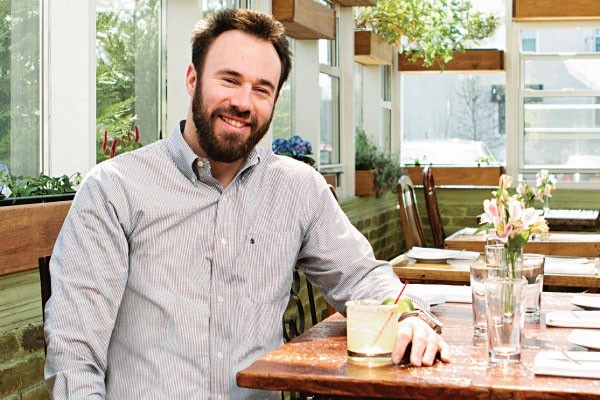 Why Mexican cuisine?
There was a bit of a void in the South Shore, Bay Shore specifically. There is a lot of Southern California stuff, which is great, but we really wanted to do something a little bit more authentic with some new age creativity.

Get Tickets to North Fork Summer Social. Use NOFO2 For a Discount.

If you did not open a restaurant, what would you have done?
I probably would have gone into some civil service job, like a policeman or fireman. I was ready to go, I took [the NYPD and Suffolk PD tests] and I did well on both. You make good money [and] you have benefits, there’s a lot of stability. At the last minute, I said this is not for me. I think of myself as creative and I wouldn’t be able to use any creativity in those jobs.

You are also opening up Coastal in Bay Shore. What inspired you to open another restaurant?
Travel. I was down in Cuba a few years ago, I wanted to take a few things from there. I’ve also been all over the Caribbean. I wanted to bring back some of those favorite vacations to Long Island, where we could feature some of the food and drinks and the overall vibe of being on vacation. We should be open in about seven weeks.

Why the more island-like vibe?
There is a heavy Caribbean influence especially on the drinks. But we do get inspiration from all over the world. We have Vietnamese food and Korean food. It really is worldwide food.

Proceeds go to Stony Brook Children’s Hospital. Why is that such a worthy cause to support?
Anything that helps kids or hospitals is always a good cause. We are happy to help out.

Do you visit the North Fork often? What are some of your favorite places to go and things to do out East during the summer?
I love anything out East, the North Fork, South Fork. I love all the vineyards, there’s a lot of really cool restaurants too.

What is your favorite meal on the menu of both restaurants?
At Verde, our carne asada, which is our skirt steak. We took that from Oaxaca, which is a city and state down in Mexico. For Coastal, the Cubano Sandwich, it’s a great dish.

What about cocktails?
Definitely the Mezcal Negroni on Verde’s menu. For Coastal, the Poppa Double. It is a daiquiri that Ernest Hemmingway used to drink down in Cuba. It basically is the way he used to drink them, he was diabetic so instead of using sugar, substitute it with a little bit of grapefruit.

What is your favorite guilty pleasure meal?
Anything like a cheeseburger or fried chicken, anything fried. I love a dirty greasy cheeseburger.