Chef Bobby Bouyer grew up among the farms near Alexandria, Louisiana, where the red clay of the Red River almost matches the Creole tomatoes that the region’s so proud of growing. Cooking—especially Louisiana cuisine—has been in his blood from birth, since his family owned a Creole restaurant that he largely grew up in.

“The thing that really made me most happy in my childhood was being at the kitchen or dining table, surrounded by family and friends,” Bouyer said. “I wanted to create those moments for other people.”

After learning the culinary trade at college and then opening an artisanal ice cream shop in Chicago, the self-described Cajun-Creole hybrid moved to New York City, where he worked at the now-closed Delta Grill, a few blocks from Times Square. Since June, he’s been the executive chef of Huntington’s Storyville, a New Orleans-themed restaurant that takes its name from the Crescent City’s historic red-light district and aims to bring a little bayou magic to Long Island. 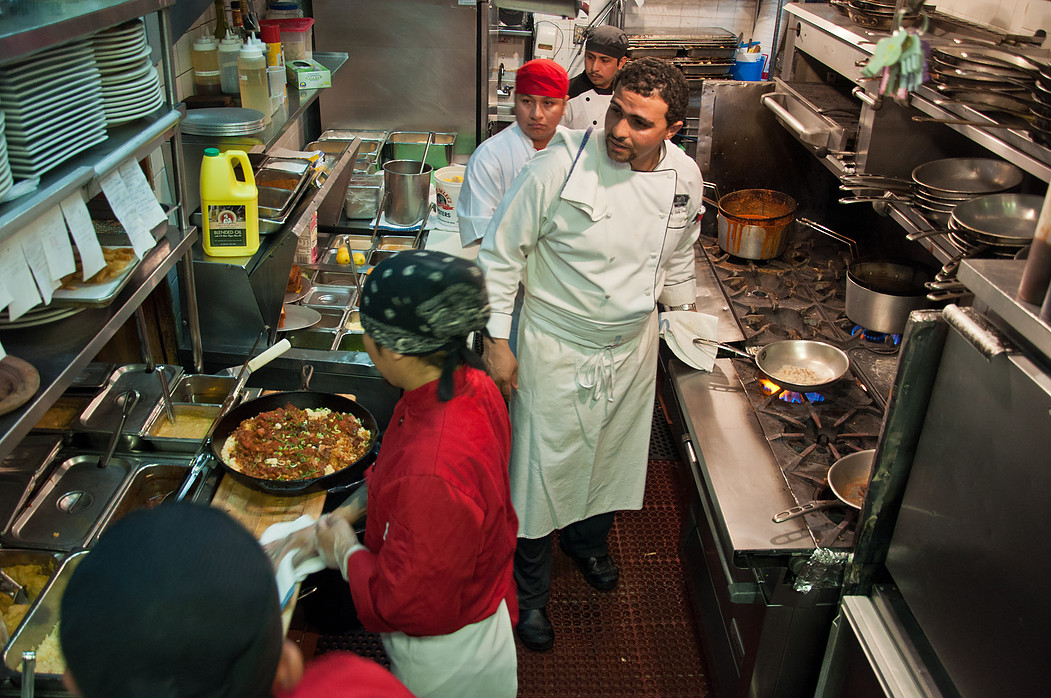 You didn’t actually intend to become a Creole-slash-Cajun chef originally, right? How did you end up cooking the food that you grew up with for Northerners?
My mom is very driven to be in the European, the French style, so growing up, I thought that this was the only way. I wondered why people outside of New Orleans liked stuff we ate, like boudin and even jambalaya. I thought of guys like Emeril Lagasse as being a little bit of a showboat without real substance. I was drawn instead to Paul Bocuse and chefs like him. My tune changed over the years. In Chicago, people were looking at my experience in New Orleans with admiration, and that validated me as a young cook. I even used it almost as a crutch in some ways. Blackbird [Paul Kahan’s Michelin-starred Chicago restaurant] was intense, and I used the New Orleans chip to get me on the line. Then one day, I finally realized it was all because the food I grew up with is so unique—it’s hard to find another state in the US that has a cuisine that’s lasted like that for over 100 years. That’s why I keep doing it.

Louisiana to Chicago to New York—that’s some serious cultural whiplash. How’d you handle it?
Going to New York City was the hardest for me. It was a city of extremes, and I found myself finding security in the kitchen, spending more time there than ever before—70 hours a week. And then after a few years, I just started almost being a tourist, eating at wonderful restaurants. I got into being a Southerner in the city, saying hi to folks. I never get a lot of that back, but I never stopped, and became friendly with people who appreciated Southern hospitality. Now, wherever I work, I try to rub off some of that Southern hospitality, give that lagniappe, that little something extra.

How does that lagniappe show up in Storyville?
Southern hospitality is not just a tagline. I’m just so proud of what I do. I can’t explain it to the guys, but I don’t kick or scream or yell in the kitchen, but show I care about what we do and the food we put out, whether the etouffee goes out with the proper explanation, or if they’re pronouncing it “demi-glace” and not “demi-glaze.” And now they all think, If it’s important to Chef Bobby, it’s important to me.

Any restaurant creating regional or ethnic cuisine elsewhere has to tread that fine line between being inaccessible to its clients and becoming a caricature. How do you walk that line?
To do a regional cuisine outside the region? I don’t know if you can ever be completely successful. How much is too much? I don’t know if I could sell some of the food I could in New Orleans, or even Manhattan or Brooklyn, in Huntington. For example, I’m a gamesman and I know how to deal with alligator and frog legs and deer and turtle and rabbit and pheasant. But I stay away from the second tier of game here—I can sell alligator, but frog legs are tricky, and turtles are even trickier. I wouldn’t miss a beat if I served it in Houma or Alexandria—people back home would actually ask, “How can I not have turtle soup?” Here, I’d have to say, “It’s not roadkill.” I try not to compromise as a chef, but you have to compromise to make a sale, and, as an artisan, you have to make it palatable so that people enjoy it.

What’s one dish you wish you could bring up here that wouldn’t translate?
If you go to the French Quarter and go to the best restaurants, you’ll find Louisiana barbecue shrimp. It’s completely different from what you think outside of Louisiana. What you think is something that’s deep-fried and tossed in barbecue sauce. But what it really is, is sauced with this really dark Worcestershire, butter and lemon, a different type of sauce altogether—and it’s head-on. But if you put out head-on shrimp anywhere north of the Dixie, you’re getting send-backs. [Laughs.] I also want to embellish on crawfish every day of my life, but some places I just can’t sell it. I still like to bring them in for certain celebrations, and we end up doing them about once a month. 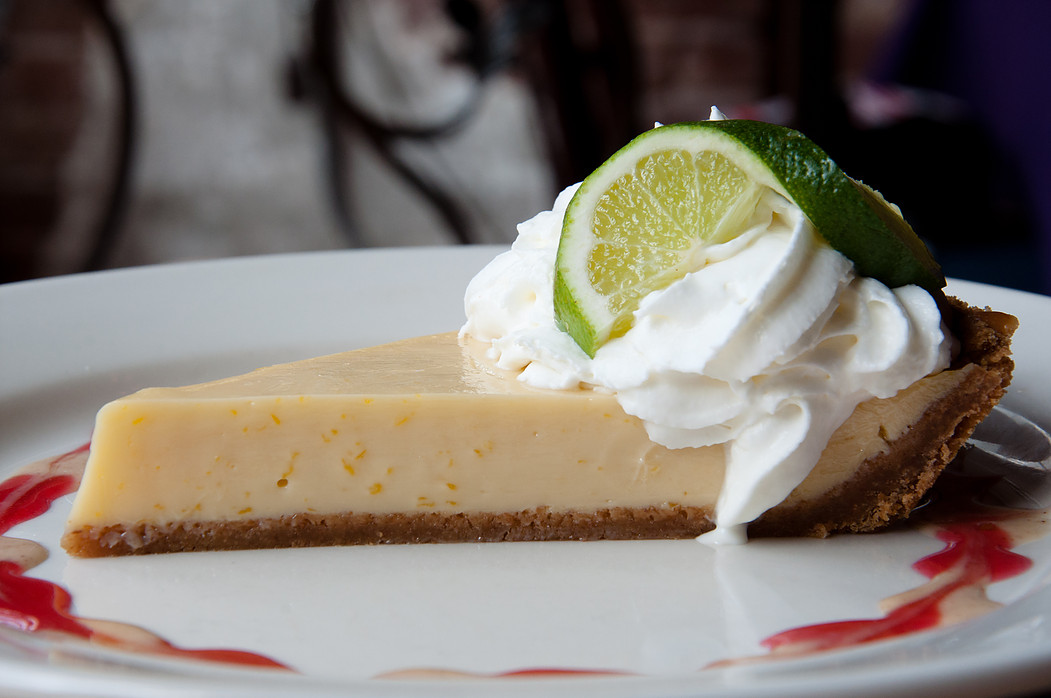 What are you proudest of on the menu at Storyville?
If you’re going to do it, you’ve got to do it right. Our approach has been to be authentic at every turn. Everything is not Paul Prudhomme-blackened; we do it more on the etouffee [mild heat but flavorful] level. Our gumbo is more Creole-based, with a darker roux that’s a bit more burnt-y tasting but topped with potato salad to dissipate some of that spice. The Creole version is more tomato-based, easier on the Northern palate. And a little chicken and andouille goes a long way, and still gives people the experience they’re looking for.

And of course you have to have a good jambalaya ….
In jambalaya, you have all of the indulgences—it’s what New Orleans is all about, kind of like our paella. When we made jambalaya growing up, it was always a spicy dish where—woo!—it’d be known to knock your socks off. You get to a good jambalaya, spicy or not, with the caramelization of the spices, and then you add the jalapeños and garlic, and slowly but surely add your andouille smoked sausage, some tasso ham and chicken thigh meat, add some popcorn rice, and that’ll really get you there. I usually add some Creole tomato sauce for sweetness and acidity, and bring it all together.

What about dessert?
You can’t go wrong with beignets. I’ve got to stay away from them [laughs], but they’re by far the biggest desserts we sell here. Three beignets, dusted out [with confectioners sugar], with chicory coffee from our really nice French press—we do it right here.

Arguably the biggest problem chefs have bringing New Orleans cuisine anywhere else is the bread—po’boys just don’t taste right without that crackly Leidenheimer loaf, and no one seems to get the olive-oil-soaked muffaletta bread down quite like Central Grocery. How do you tackle the bread at Storyville?
It keeps me up at night. Really. For po’boys, I like Portuguese rolls, for texture, but nothing is absolutely nail on. I think maybe someday we could create a partnership with one of the great bakeries around here to really nail the bread. Of course, then we wouldn’t want to share it with anyone else! [Laughs.] For the muffaletta, the trick for us is to serve it warm—we use a nice round Italian roll, and then put it in the oven long enough to melt the cheese over those nice cold cuts, and then you’ve got to have that olive relish, which we make in-house. Get that right, and you’re already halfway home.

What do you wish customers knew before they came in?
Well, I wish people could pronounce “New Orleans” correctly. My ears hurt when hear “New Orleenz,” or when people say “N’awlins” in a jerky way. I wish people would come down and see other parts of Louisiana besides Bourbon Street—it’s like how New York’s not just Manhattan, but also the Adirondacks and these hidden gems like Huntington.

Speaking of hidden gems on Long Island, where’s your favorite place to eat?
My favorite place is Frankly Thai in Franklin Square. Thai food is by far my favorite right now—I love the freshness and the flavors, and it’s sort of like New Orleans in that you can get either sweet or spicy, and it can be done really well.