The kitchen at Benares in Manhattan is whipping up some new Indian dishes this summer with help from a pro. The restaurant, recognized for its traditional fare at a reasonable price, brought Chef Qutab Singh Negi over from north India to spice things up.


Founder Inder Singh, also a chef, worked closely with Chef Negi to conceive some new, authentic dishes to feature at the Tribeca location of Benares. “It took us like a month or a month in a half [to put these dishes together],” said Singh, a former partner of Devi and Baluchi’s. “We tried the recipes and then a group of our people [tried them], liked them and we put them in the menu.”

Vegetarians can feast on the new Dahi Ke Kebab ($8), creamy, seasoned fried yogurt patties served as an appetizer. Seafood lovers can dig into the Cheema Thenga ($24), plump jumbo prawns in coconut milk curry. And poultry eaters can delight their tastebuds with one notable addition to the appetizer menu: the Chicken Tikka Smokey ($13). The smoky dish, made with smoked curry yogurt, is served with mint. It’s often available in restaurants in India, but Singh said it isn’t so easy to find in ones in America. 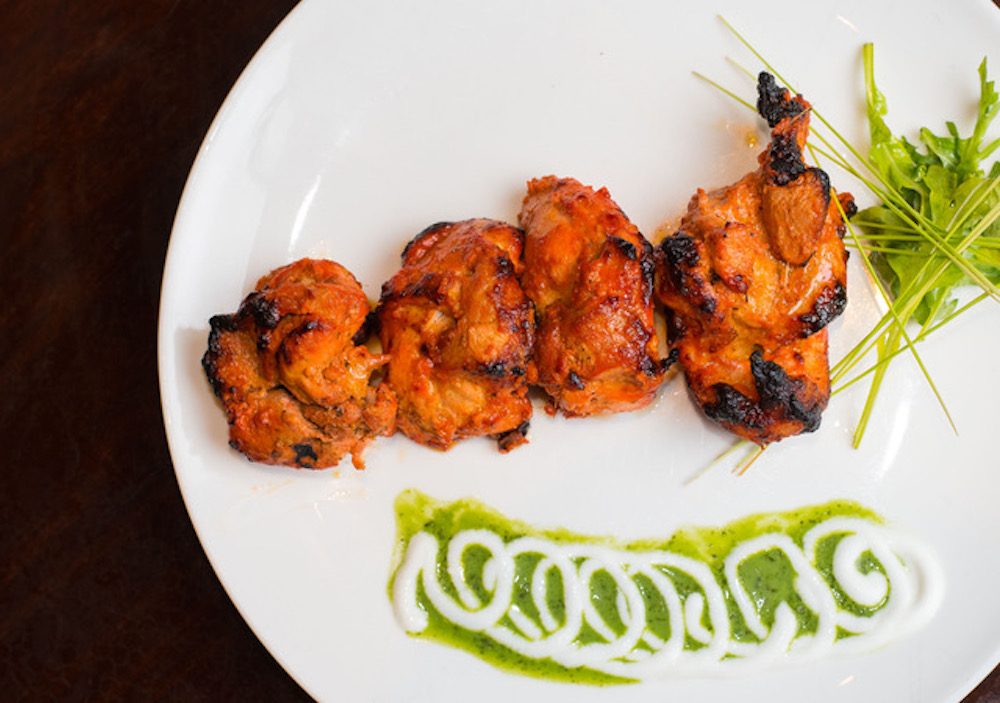 Chicken Tikka Smokey, one of the new dishes at Benares. image: benares

A few more dishes are also on the horizon with help from Chef Negi, who has worked at notable Indian restaurants around the world including Taj of India in Germany and Ashok Hotel in Delhi. He will head back overseas after the menu is complete. “He just came from India to train our people for the new things,” Singh explained.

Yet Benares, named after a city in northern India, won’t leave behind the signature dishes diners have been enjoying since it opened in 2012 with Michelin-starred Executive Chef Peter Beck. Those include the Kashmiri Tiki (beet and roasted turnip patties made with fennel, ginger, garlic and cumin, $8) and the Makkai ka Soweta (lamb marinated in yogurt and turmeric with roasted corn and served with Malaysian paratha, $13).

The new dishes at Benares help add to the diverse Indian cuisine found at both locations of the restaurant. (The first opened in Midtown in 2010.) It’s common for Indian restaurants to focus on food from a specific region of the country, but Benares has always aimed to feature a variety.

“From north Indian to south Indian, we have foods from (mostly) all over India,” said Singh.