It’s been said before, it will be said again—and with good reason: Long Island is a foodie destination. From causal seaside fare with a local twist in Montauk, to fine dinning worthy of a Manhattan menu in Long Island City, there is no shortage of regional cuisine ceaselessly enticing taste buds. Delve a little deeper to discover the Island is not only home to a bevy of talented chefs, but an equally impressive population of innovative artists. Both sects share a common endgame: creativity. It’s no surprise then that the two worlds intertwine—what’s a better pairing than food and art? 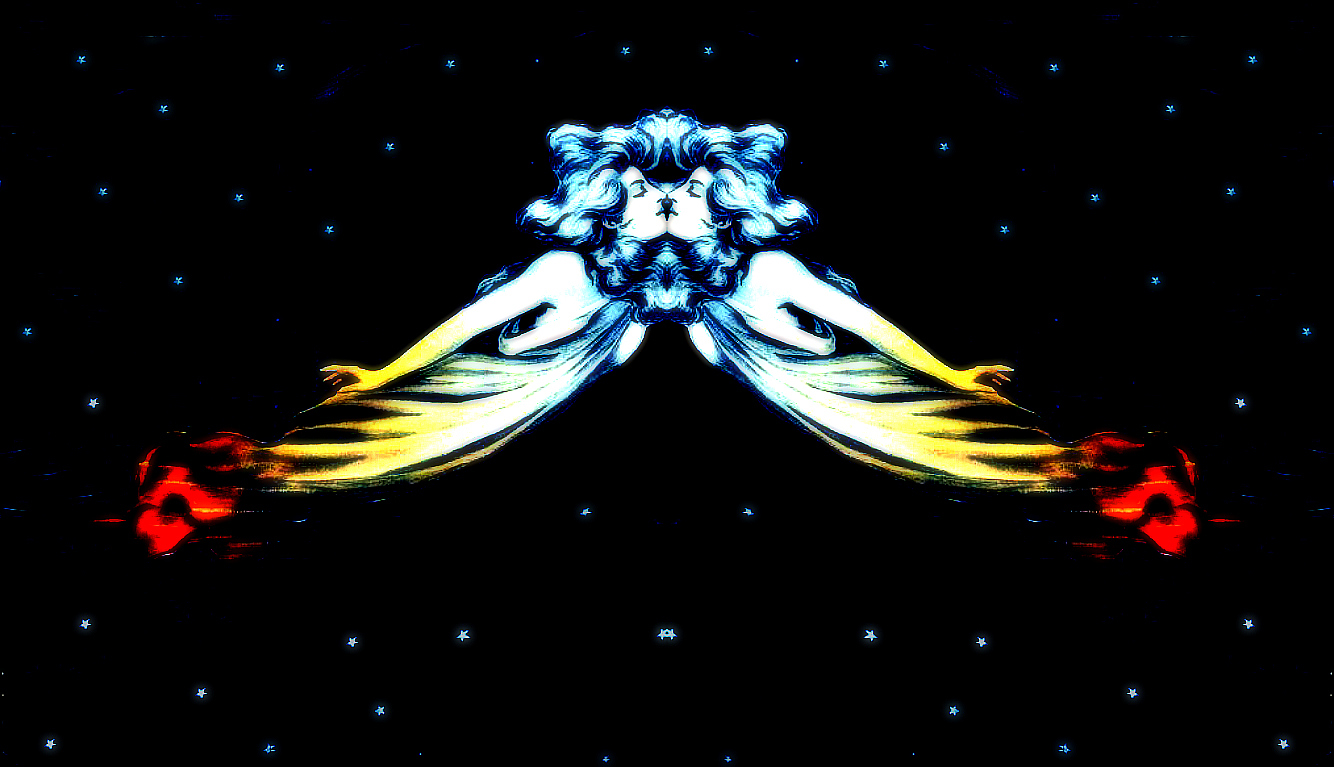 Toast Coffeehouse has earned its reputation as an innovative breakfast and lunch eatery with an artistic vibe. Since the indie coffee shop opened its first location in Port Jefferson more than a decade ago, artwork has adorned its walls. The tradition continued in its Patchogue location, and now at its newest spot in Bay Shore. Artist Beth Giacummo selects the works, which include photography, paintings and sculpture by artists from Brooklyn to Montauk alongside the occasional national or international artist.

The selections share a common thread: “The art tends to be fresh, modern with a youthful expression,” said James Skidmore, general manager of Toast Patchogue and president of the Greater Patchogue Chamber of Commerce. “I like people to see what young people are saying and creating.” In Patchogue, the restaurant’s Long Hall Gallery through the front door holds a captive audience. The wait for weekend brunch can often stretch more than an hour, giving patrons plenty of time to admire and discuss the pieces while awaiting their order of brioche French toast or Belgian waffles.

Budding creative-types also serve within Toast. From the innovate chef to the baristas and waitresses that moonlight as artists and musicians, the shop buzzes with imagination. “It’s a funny bond with artists, they’re here to serve and expand beauty. Our artists are our voice. It’s important to support and foster this community. My hope is that people leave with an experience, not just with great food but with a greater knowledge.” 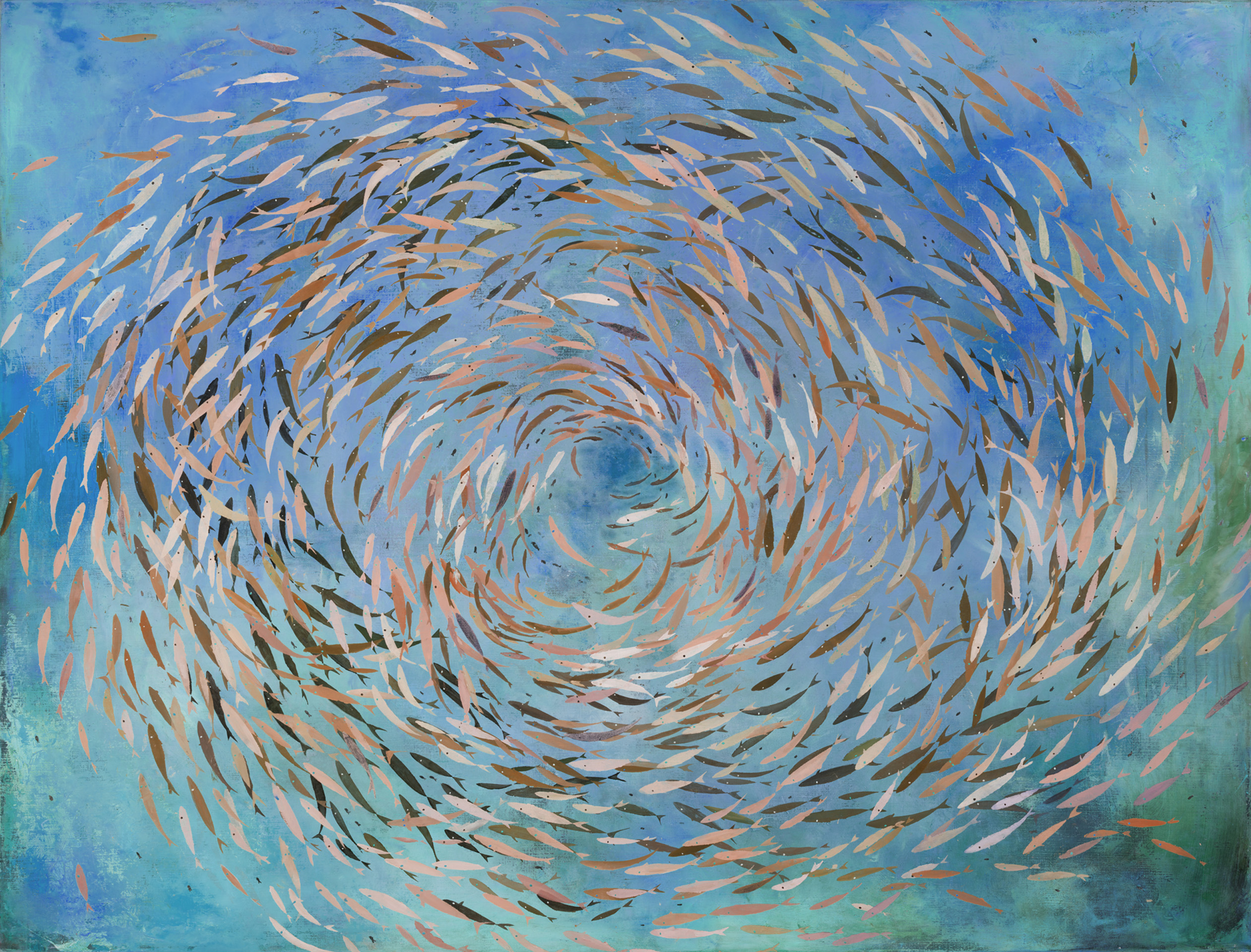 Brewing small-batch craft beer is an art form in itself. Hops, grain and malt lay the canvas, but it’s the brewer’s meticulous combination that brings the product to life. It’s this commitment to craftsmanship that has long enraptured Greenport Harbor Brewing Company co-owner John Liegey, who studied art in college. Since the brewery opened its first location in Greenport in 2009, GHBC has been showcasing local artists from across the Island and beyond. “It’s a shared discipline—there’s a lot of synergy between the two,” Liegey said of the cross pollination between artists and brewers.

GHBC’s art collaboration first began with the product. When it came time to design bottle labels, finding the right expression was imperative. “There are so many really [poor] representations of the seaside: the crab, the pirate, the sailboat. It needed a certain edge,” said Liegey. When co-owner Ann Vandenburgh discovered the work of East Hampton-based artist Scott Bluedorn, the connection was immediate. “The layers and the depth in his art spoke to what the beer is,” Liegey said. “We create nuanced and multi-level beers, and he represented that perfectly.” Bluedorn’s drawings adorn the labels of several of GHBC’s different types of beer.

Ann Vandenburgh is the mastermind behind the brewery’s regular installments. The most recent exhibition, Tidal, featuring Bluedorn and Greenport artist Cindy Pease Roe, coincided with the release of the GHBC’s Tidal Lager. Several exhibits are held throughout the year, but new art is always displayed (and for sale) at both the Greenport and Peconic locations. “Being part of the creative community makes sense for the craft beer industry,” Vandenburgh said. “People who come out for the beer discover the art, or people who come for the art discover the beer. It’s a community participation we’re truly humbled by.” 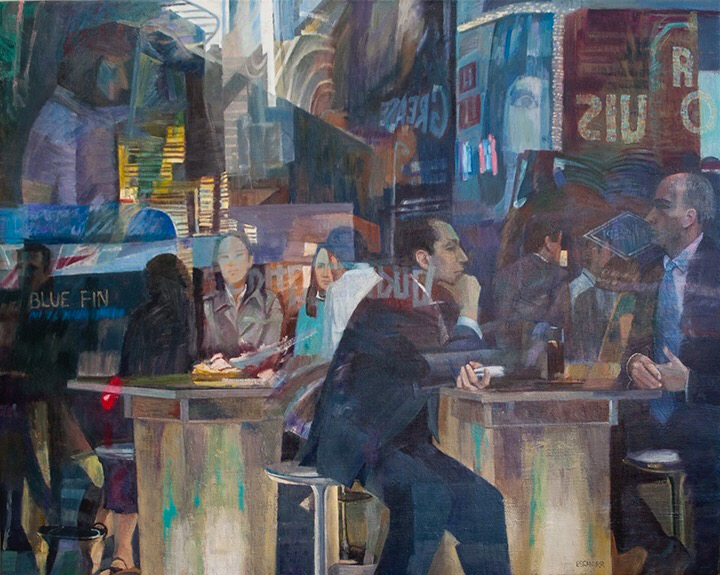 This commitment to supporting locally made products doesn’t end in the kitchen. The Dougherty Gallery, located within Crescent Grill, complements the restaurant’s mission to enrich the neighborhood. “When we opened we knew we wanted to be a mainstay in this community for a long time and provide a space to showcase the work of locals,” he said. The gallery got its start at the urging of Shaun’s brother Daniel, who has been living in Long Island City for more than 30 years and collecting art in the area nearly as long.

The most recent exhibit, Eclectic Tastes, pays homage to Daniel’s personal collection, showcasing the works of six artists who vary drastically in genre and medium. Crescent’s four to five annual installations often include a mix of high and low pieces, displaying award-winning artists next to up-and-comers who reflect the neighborhood’s rich history and culture. They are equally well-received, said gallery curator and professional artist Paul Zepeda. To date more than 150 pieces have been sold at prices ranging from $50 to $18,000. “I didn’t want to have a restaurant that just displayed local artists. I wanted to give them a real shot at selling,” Dougherty said. “We always planned this as a true community business. It’s a shared experience—art and food. It’s all about making something beautiful.”