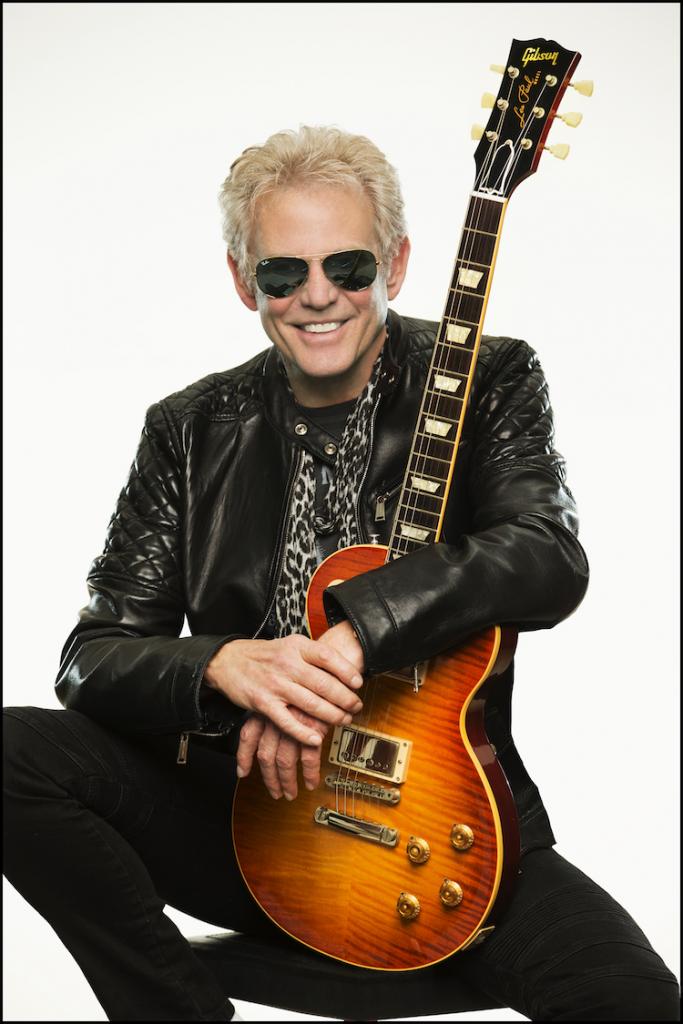 The Eagles’ 1970s hit “Hotel California” is easily one of the most recognizable songs of all time. Singer/drummer Don Henley and singer/guitarist Glenn Frey got the lion’s share of credit in the Eagles, but it was none other than guitarist Don Felder who co-wrote the tune with them. He notably also composed the extended, soaring guitar harmonies that close the track.

Felder and the band may have experienced a bitter split in 2001—it’s discussed in Felder’s autobiography, Heaven and Hell: My Life in the Eagles (1974-2001)—but the guitarist continues on with his passion. Throughout the summer, he’s also performing on a bill featuring REO Speedwagon and Styx. Felder spoke with me shortly before the three acts hit Jones Beach Theater on Aug. 16.

Who are some of the guests, and when will the album come out?
I can’t reveal more than that, but it’s going to come out in the first quarter of 2018.

Are you in contact with any Eagles members?
Not really directly. Although I did run into Timothy Schmit just by happenstance. We were both having lunch at the same café, and he came and sat down right behind me! And the guy that was sitting across from me, said, “I think that’s your old bass player. Y’know, the guy with the long hair.” I turned around, and he was turning around looking at me; we were face to face! I sat down with him and talked—probably had a half-hour conversation, before I had to leave and go back to the studio. It was great. I really love the guy. Fantastic artist and a really nice guy. I have no problems with him whatsoever.

What about Joe Walsh?
When I do radio interviews and I know Joe will be going in or phoning into this radio station, I always have them record something that I leave for Joe, either a joke or a hello or a question I think they should ask him. And he does the same for me. Indirectly, we’ve had conversations, but not directly.

Don Henley?
I have reached out numerous times to Mr. Henley and Mr. Azoff [Irving Azoff, who is the Eagles’ manager], and really had no positive response other than hearing from their lawyers.

Something that I, and I’m sure many other fans, hope is that one day you will do a guitar album with Joe.
I would absolutely love that. As a matter of fact, when I got inducted into the Musicians Hall of Fame in Nashville last summer, I was going to ask Joe if he would actually come to Nashville and induct me. So, the Musicians Hall of Fame reached out through Joe’s management, Irving Azoff, and got no response. I kind of expected that from management; there is still a kind of steel wall that’s pretty much impenetrable into that camp, and I just get no response from them.

In writing my autobiography, Heaven and Hell, and releasing it in 2008, it was my way to tell my side of the story, to release all of that old baggage and let go of it. I like being happy, playing music and having fun. The word “play” is like a childish, fun, joyous experience. If you look at a child at play, they’re laughing and running and just having a great time. When you play music, I like that joyful, exuberant, fun, positive energy I get from it. And that is not what is going on in that particular camp over there currently.

I’m having the best time of my life out here with my own band, touring with a great group of people and we just have a great time together. There are none of those dark feelings that you sense from my old band…If that’s how [the Eagles] choose to maintain this relationship, that’s up to them. I don’t care. I don’t even know if I would respond to them if they reached out to me at this point.