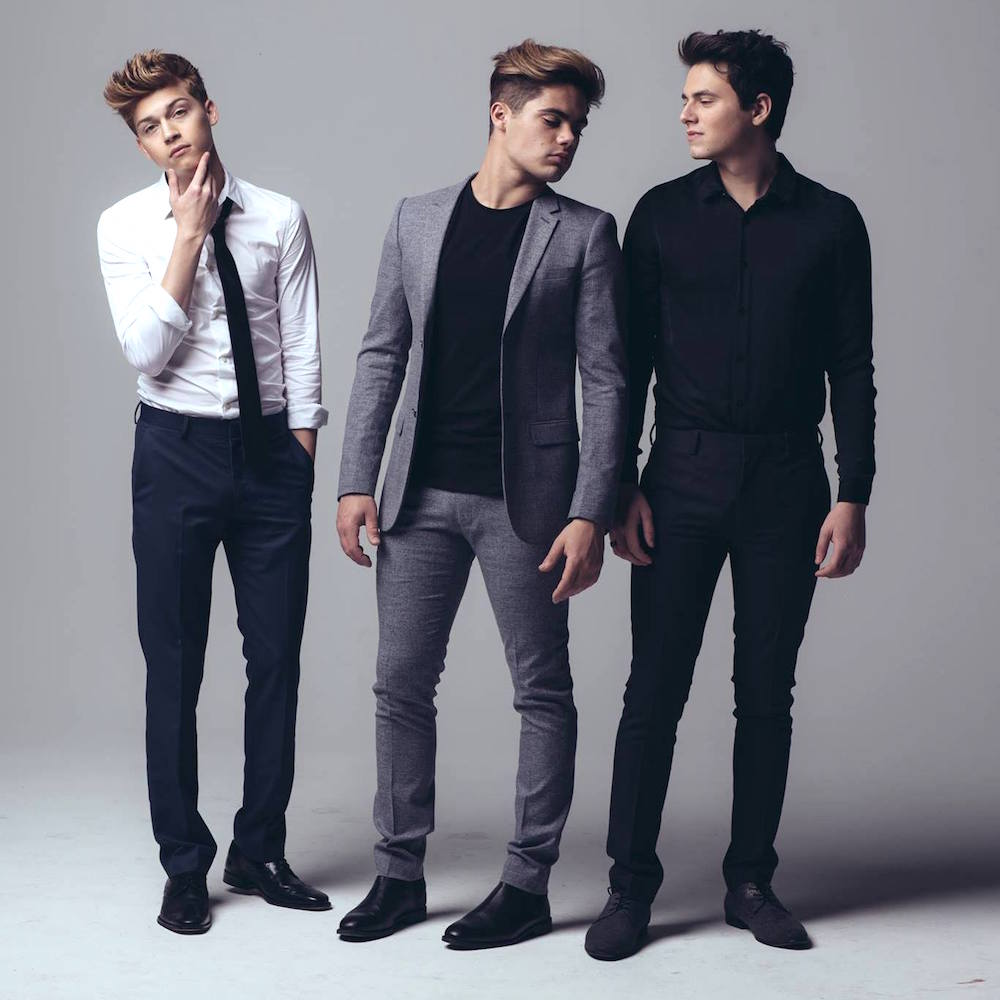 New music, acting gigs and now a Teen Choice nomination to top it off. Forever in Your Mind is taking it all in.

“Life for the three of us has been pretty crazy,” said Emery Kelly. “We’ve just been having such a great journey and we’re so grateful for what we’ve been doing and we can’t wait to keep going and keep doing more.”

When the Holbrook native auditioned for the defunct X Factor USA in 2013, tough critic Simon Cowell called him a “real pop star.” The then 15-year-old, who earned four yeses from the judges, was later put into a group with Ricky Garcia and Jon Klaasen. Forever in Your Mind was born, and it was only the beginning.

After getting eliminated from the show, Forever in Your Mind lost a member and gained a new one: Liam Attridge, Kelly’s cousin from Ronkonkoma, replaced Klaasen in 2014. While some transitions are hard, this one was like a match made in pop heaven.

“It wasn’t like having to get accepted or anything since I’ve known [Emery] my whole life. I’ve also been doing music forever so I enjoyed being able to move to [Los Angeles] and follow a passion,” Attridge said.

Two years later, the singers dropped FIYM, their first EP under the Disney Music Group’s Hollywood Records. They also didn’t take a backseat in the process writing three of the four songs featured. “We are heavily involved. Most of the songs that we put out are written by us,” said Garcia, originally from San Antonio.

That was the case for their two new singles, “Smooth” and “Missing,” released in April. The tracks demonstrate an edgier, more mature sound, something the teens are aiming for moving forward. “Our new music is definitely going to sound more in the field where ‘Smooth’ and ‘Missing’ was…like a groovy, R&B, kind of pop feel,” Kelly said.

But music isn’t the only thing on their radar. Although mum about the project, Forever in Your Mind is in talks for a potential series on the Disney Channel titled Forever Boys. They’d star as three brothers in a band bitten by a vampire at their first concert in 1957. Kelly is also starring in a Netflix original comedy series Alexa & Katie debuting in 2018. And Garcia, who appeared in the Disney sitcom Best Friends Whenever, has a Teen Choice nomination for his role in the comedy Bigger Fatter Liar.

The individual nomination is equally as rewarding as the group’s first Teen Choice nomination for Choice Next Big Thing. Fans can cast their votes before the show takes place on August 13.

“If we did happen to win it would be crazy for us because we’ve worked so hard and been to all of these awards shows watching other people win,” Attridge said. “It would be a really, really awesome memory for us.”