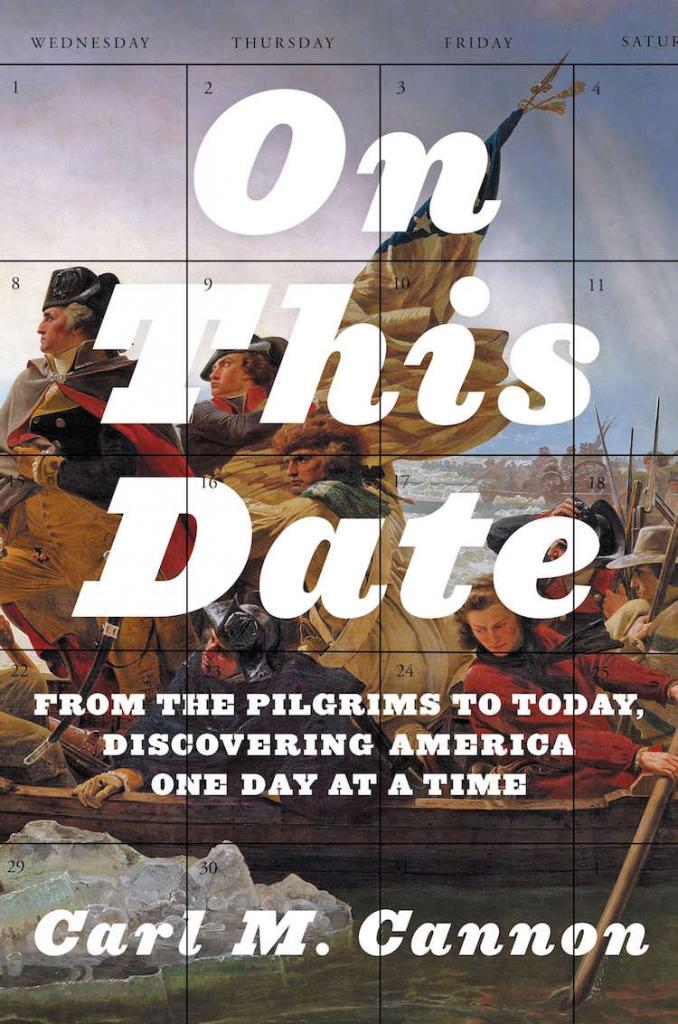 As the editor of the RealClearPolitics newsletter, Carl Cannon knows that “not taking sides in the great national argument” is important in a world overcome with politics. Everyone has opinions but we also must remember that, as a nation, “we have usually prevailed. When we didn’t prevail, we muddled through. Often…we learned something along the way.”

This book, in 366 chapters, proves our national perseverance.

On January 1, 1915, for instance, the most scandalous thing happened: a New York City taxi driver was hired to drive a “group of men” just a few blocks. They didn’t need to go far; they just wanted to “have the first ride” in a cab driven by a (gasp!) female taxi driver.

World War I veteran, Dodgers pitcher and future Baseball Hall of Famer Leon Cadore battled Boston Braves pitcher Joe Oeschger for 26 innings on May 1, 1920. Each man, says Cannon, threw “well more than three hundred pitches” before the game ended in a 1-1 tie, called due to darkness.

Without a doubt, The Beatles had a stronghold on music back in 1964. Hit after hit after hit moved up the charts and it seemed like nothing could stop their time at the top—until it did. On May 9, 1964, an aging horn player claimed Billboard’s No. 1 spot for one week, just long enough to make history.

And in the age of cell phones and instant access, check this out: On October 24, 1861, the first telegraph message was sent from San Francisco to Washington D.C. It had taken months to stretch telegraph wires coast to coast; exactly 134 years later “to the day,” the Federal Networking Council formally defined the word “internet.”

Did you ever wonder about the things you don’t know? Where did this come from, when did that start? Questions like those get answered in “On This Date.”

Starting with the tantalizing premise of “telling America’s story,” author Carl Cannon unearths a whole series of tiny (but significant) tales meant to entertain as much as to inform. Subjects here are wide-reaching, from sports to politics to biographies, as far back as 1620 and the eerie sight that met disembarking Mayflower passengers. There’s no need for bookmarks when chapter lengths range from a few paragraphs to a full page; some tales are uplifting, while others are not. You’ll also find argument-enders inside this book and a lot of fun reading.

History lovers who need an airport read or a browsable bedside distraction will want “On This Date” nearby, and trivia fans will go wild over it. One quick flip-through, and you’ll know it’s going to be a great book.