Welcome to Behind the Bar(tender), a series in which Long Island Pulse, thirsty for great conversation and even better cocktails, meets with the island’s most talented bartenders.

[Editor’s Note: The Garret, a cocktail bar in both the East and West Villages, has an outdoor pop-up bar at Arbor in Montauk this summer.]

Bartending since:
2008. My first gig was at a bar in a restaurant, which was in a movie theater, in Madison, Wisconsin. Go Badgers.

Favorite thing about working behind a bar:
The most powerful things about bartending are first, camaraderie as teamwork makes the dream work, and second, that the bar provides countless opportunities for me to practice patience and acceptance. Once I got technically comfortable behind a bar, the most challenging part is realizing I’ll only be as good as I feel.

Least favorite thing about working behind a bar:
Sometimes I get sticky forearms and wet feet, but that usually means it’s busy, so who am I to complain? Also faulty pour spouts, not-so-great produce, broken glycol machines, finicky refrigerators, late employees, miscounted cash drops, creative disagreements; but again, those are all opportunities to practice patience and acceptance.

Define the perfect cocktail:
Perfect is a tough word. Life, and drinking during life, should really be about the moment.

Weirdest drink request you’ve ever gotten:
People like what people like and I’m not one to judge.

You find inspiration:
Films, books, TV shows, YouTube channels, Padma Lakshmi…I typically try to isolate a particular inspiration to develop each menu. I made one at Dullboy in Jersey City that was all based on female protagonists from literature. Here at Arbor it’s what the spice or flavor each drink showcases. I haven’t done one for dog breeds yet, but I’m currently soliciting investment.

Describe where you bartend:
This summer I’m running The Garret’s pop-up bar at Arbor, a restaurant in Montauk on Fort Pond Road, as the crow flies right between the train station and Montauk Manor. The food is yummy, Mediterranean leaning, well portioned, great for both large groups and intimate dates. Arbor is atmospherically both polished and casual, it has a wonderful wine list and a titanic collection of wines by the glass. Arbor serves the cocktails I curated, and I put the list together with attention to my aforementioned observations and inspirations. When you enter Arbor under the arbor, which is this beautiful shady garden alcove formed by climbing plants, directly ahead of you is an outdoor lounge-y space with some couches, a bold blue rug, some heat lamps at night, a foosball table and me. That’s where I’m bartending now, and all summer. 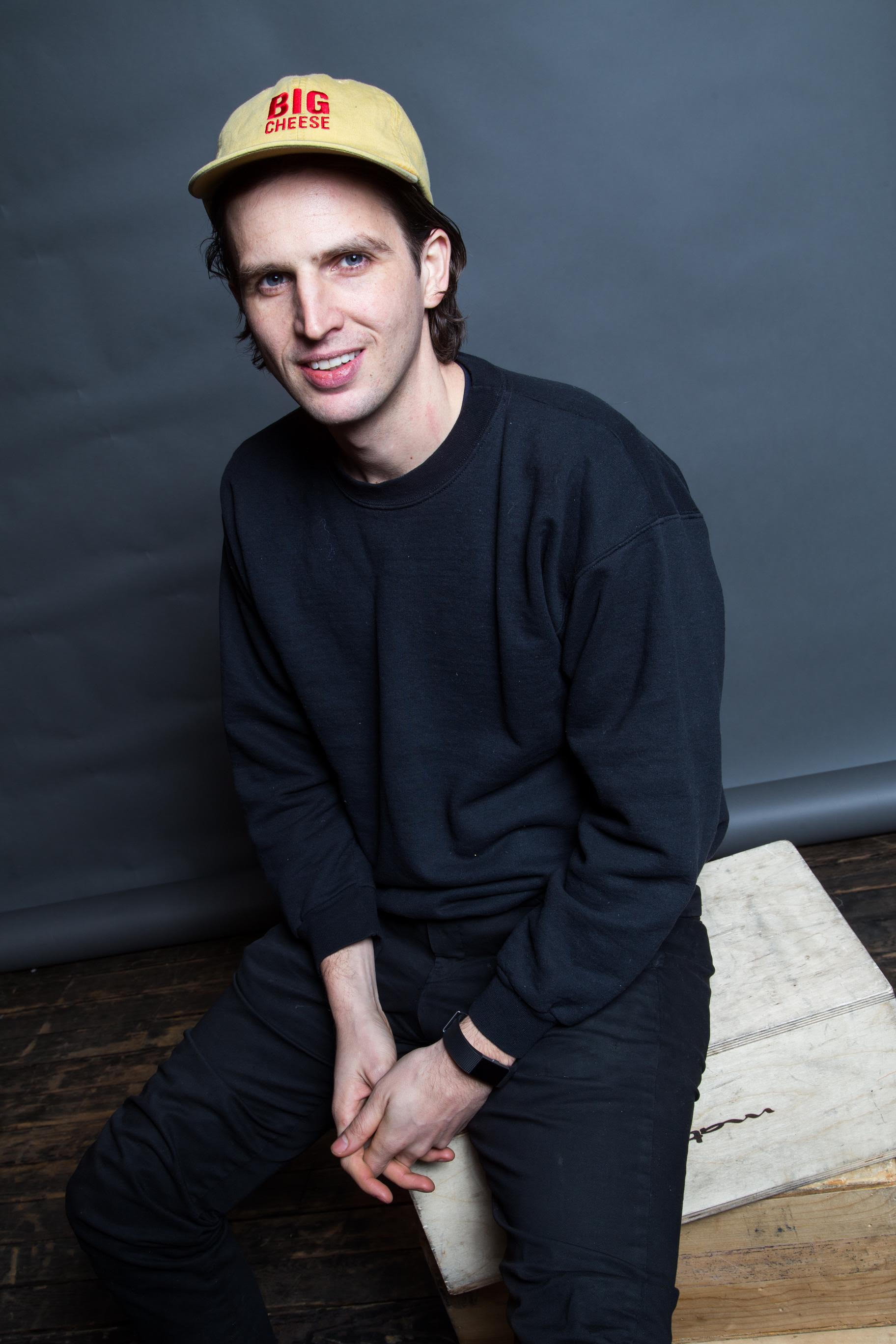 Signature Cocktail | Saffron
As I said, The Garett menu at Arbor was put together with Arbor in mind. The food is Mediterranean, and there is a ton of French wine on the menu. I went digging for wine-based cocktail ideas and a conversation with one of The Garret’s bartenders led me to a drink called The Apology from a bartender named Greg Seider at Summit Bar on Avenue C, a lovely place with oysters and such.

The Apology consists of Catena Chardonnay, Old Raj Blue Label Gin, apricot liqueur, St-Germain and house saffron-orange bitters. I made one, and I liked it quite a bit, but I didn’t love the specs on it, at least not for pairing with food, so I riffed. I chose Bar Keep Organic Saffron Bitters because they give really wonderful color to this drink, and I wanted consistency. I also removed St-Germain, cut down on the apricot liqueur and added a product called Dimmi, which is a Milanese liqueur that has a gin-like base, a grappa infused with licorice, ginseng and orange. And is then rounded with apricot flowers and peach, which provides a subtle bitterness that adds a bit of balance, and makes the drink a lot more food friendly.

It looks like a Super Chardonnay, with the saffron bitters and the apricot liqueur punching the color just enough. It has a slightly fruity aroma, but the body is pretty much equivalent to an oaky chardonnay, and it has a round finish, with bits of botanicals pushing their way through. I think this is a perfect summer drink.

1) Combine all ingredients in a mixing tin over ice.
2) Stir gently until chilled.
3) Strain into a wine glass.

Favorite drink to mix:
I really like making myself Bulletproof Coffee in the morning, but second to that, I like to make other people daiquiris.

One thing you wish would disappear from drink lists forever:
I’ve started writing drink menus in a style more similar to how chefs write food menus. Obviously there is olive oil and salt in your pesto, but it doesn’t say that on the page. I think less is often enough, and people easily run into psychological hurdles of I’ve never had that or I don’t know how to pronounce that, and thus maybe I should hold off. I think less drink “listing” encourages flavor-driven development over ingredient-driven development, which I personally think is more interesting.

The best piece of bartending advice you’ve ever received:
Danny Meyer: “If you don’t do thoughtful things, your service doesn’t matter.”

If you could mix a drink for one person, dead or alive:
My wife. She’s the best.

Favorite thing to do when you’re not drinking or drink making:
Eating. It’s my favorite activity of all time.

Your favorite bar and why:
My favorite bars are the unnamed and poorly managed but incredibly soulful bars that exist only in the Caribbean. They sell Barceló, Don Q and Jack Daniels, and have a bunch of blenders, and everything is better than okay, each and every time. As far as cocktails in the city, I usually recommend restaurants like ROKC in Harlem or Llama Inn in Williamsburg.

Worst thing you ever drank:
Definitely something I’ve made during a recipe testing.

First time you got drunk:
I honestly don’t remember. It was probably in high school and it probably wasn’t very interesting.

If your bar shifts had a theme song:
Harry Nilsson, “Jump into the Fire.”