Long Islanders can hop on whale and seal watching cruises and go shark diving in an aluminum cage. Reports of whale, dolphin and shark sightings spark interest—or strike fear—in locals. But sea turtle spotting expeditions are nonexistent on the Island and the reptiles rarely make the news.

“Sea turtles are more difficult to spot,” said Robert A. DiGiovanni, founder and chief scientist of the Atlantic Marine Conservation Society. “The occurrence and encounter rate is low, partly based on their behavior and partly because they may spend less time on the surface when near shore in the bays and estuaries.”

They may not get the same love from Long Islanders as other marine animals, but sea turtles have had an affinity for our waters over the years. They are rarely found on land but can be found in most bays and estuaries, including Hempstead Bay, Peconic Bay, Shinnecock Inlet, Block Island Sound, Long Island Sound, along the South Shore and off of New York Harbor. Though DiGiovanni said AMCS doesn’t have empirical data on the number of sea turtles on the Island, he said he typically encounters 20 via stranding per year. Aerial surveys of the region have shown that like Long Islanders, sea turtles prefer our water during the summer.

In the early 1980s, researchers thought sea turtles found in the region were lost. But when 39 cold-stunned Kemp’s Ridleys washed up on the Island’s shore in 1985, researchers realized juvenile turtles had reason to be there.

“They’re probably using our habitat [and New England] as a developmental one,” said DiGiovanni. “This is where they come in and can get access to the bottom easy. It’s not super deep. We have crabs, vegetation and seaweed that they can feed on.” 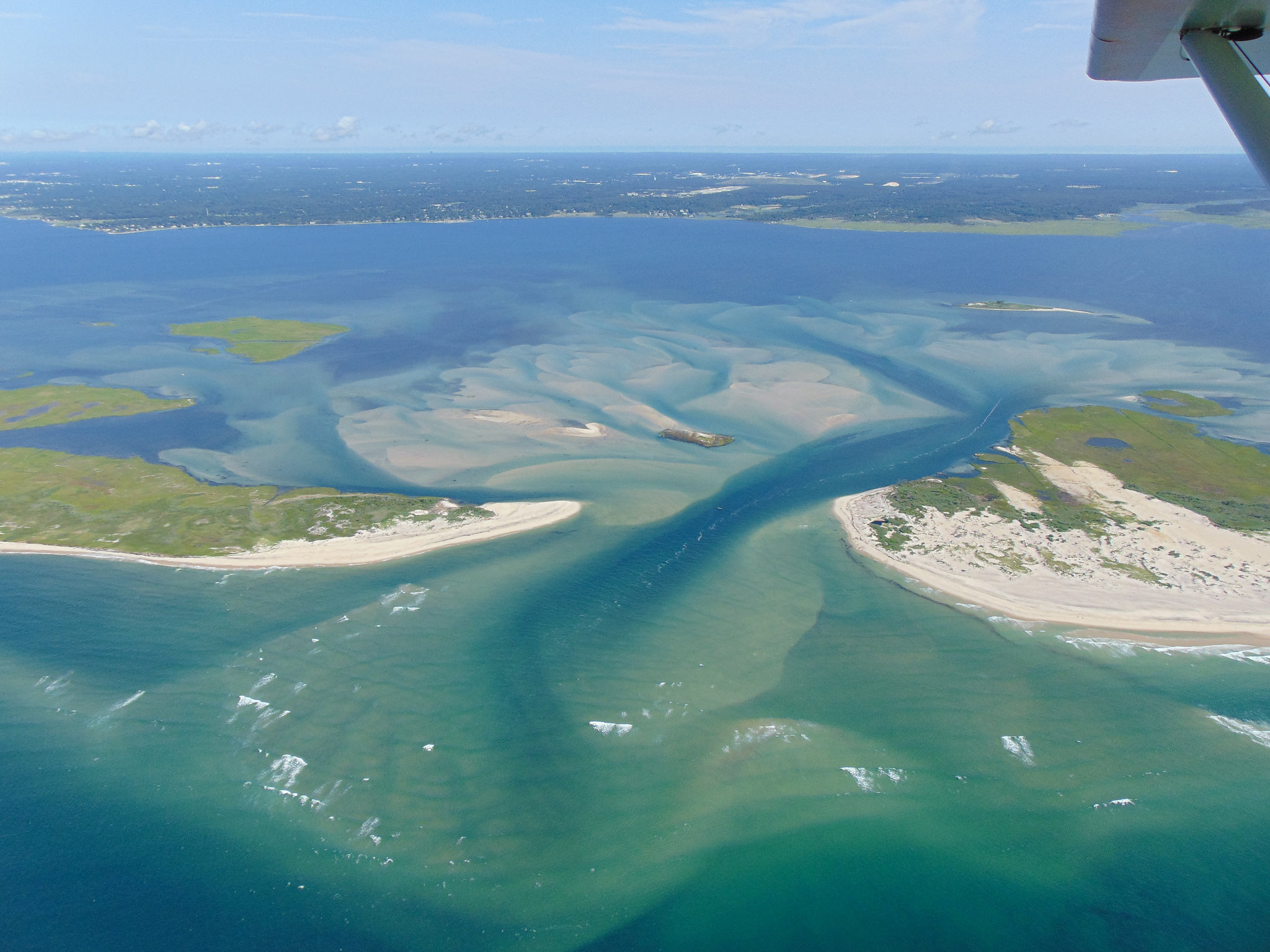 Marine life, including sea turtles, gained additional access to the Eastern part of the Great South Bay, following Hurricane Sandy. The ocean broke into three new inlets along the Barrier Islands. Two were filled within days by the Army Corps of Engineers but one was part of Fire Island National Seashore, an area governed by the National Parks Services. The Army Corps of Engineers did not have the purview to close the inlet and it remains open to this day, giving sea turtles a new way to reach the area around Fire Island. Whether they’re using it remains to be officially tabulated.

But the diversity of the ecosystem and access to it doesn’t make Long Island the healthiest place for sea turtles. Marine debris and high levels of nitrogen can be toxic to both sea turtles and their food sources.

“It’s like us going to a grocery store to eat healthy. There’s plenty of food there but it’s not all good for us.”

Factors like debris can also cause them to become stranded. From 1980 to 2016, an average of 52 sea turtles per year were stranded in New York. But that number got higher in recent years—77 from 2010 to 2016, according to data collected by the New York State Stranding Program.

AMCS hosts weekly beach cleanups and DiGiovani said people can help on their own time by removing things such as fishing lines from the sand, which can blow into the water and lead to a stranding. Education is another key component and one that could help AMCS get better empirical data on the number of sea turtles inhabiting Long Island.

“We want to have all of our beaches covered all the time. That’ll take forever. Could we engage 36 new volunteers to join the society and monitor another 36 beaches every month? That’s our first step.”

The organization will host lectures and beach walks Aug. 12 and 26 at Hallock State Park Preserve. AMCS will go over the threats they face now and even in the winter months. Between December 2015 and January 2016, nearly 40 sea turtles washed up frozen on Long Island shores. Only 13 could be saved. DiGiovani said cold-stunning occurs when sea turtles are in water colder than 50 degrees Fahrenheit. Researchers are looking into why the reptiles are staying in the water so long. In the meantime, the public can help in these instances—or any time they see a sea turtle, healthy or stranded—by calling the stranding hotline at 631-369-9829.