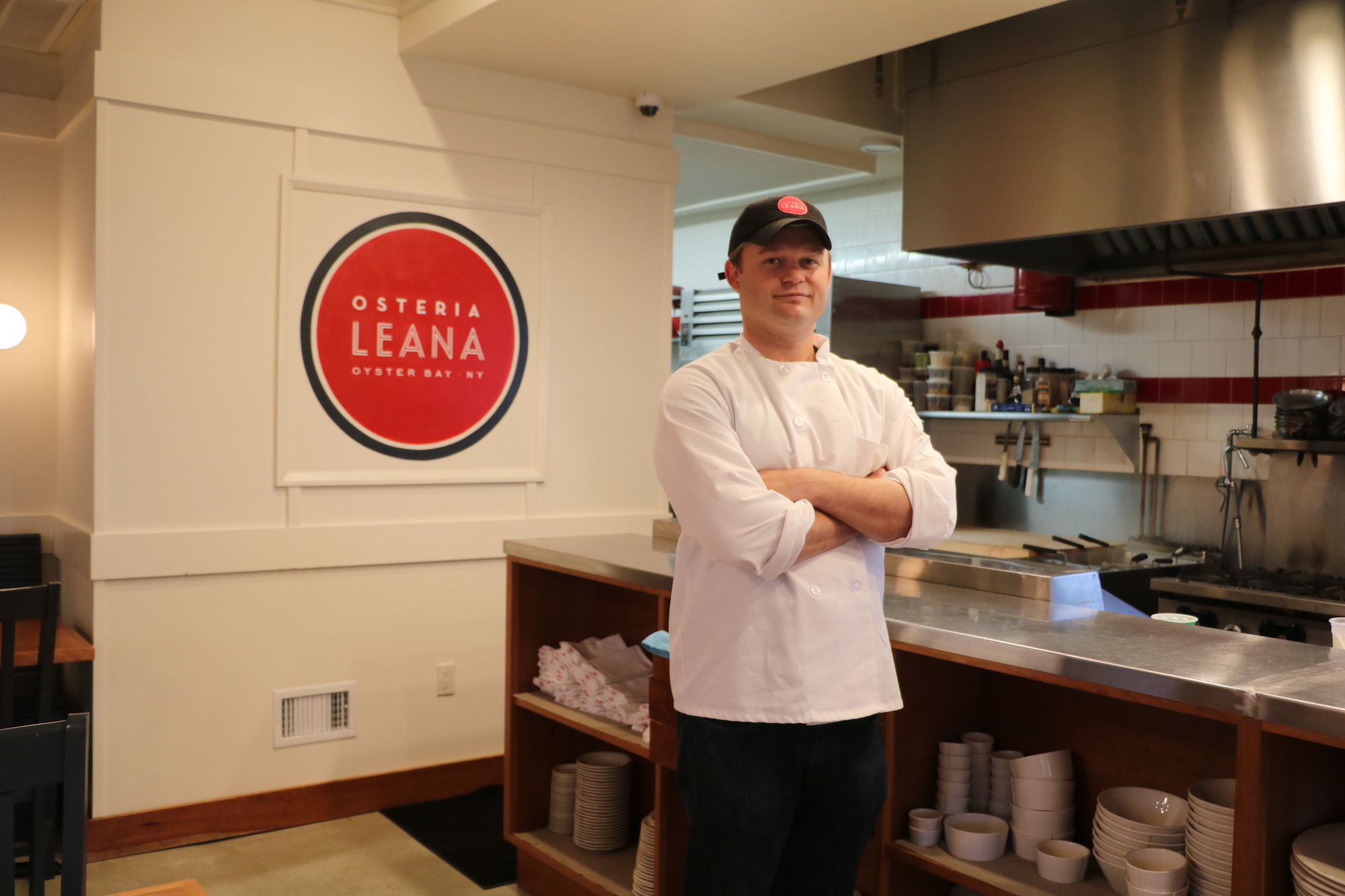 More than a year after chef Peter Van Der Mije opened Osteria Leana in the heart of downtown Oyster Bay, he’s developed a following for his 43-seat Italian restaurant that he’s planning to build on.

“We’re pretty much known for our pastas around here and we’ve had clients say they want more pastas and they really love them,” Van Der Mije said. “They were kind of disappointed that they could only have one or two during a meal.”

To oblige those patrons and invite others to taste its popular scratch-made dishes, the restaurant launched a new pasta tasting menu on Aug. 6. The $55 five-course pasta tasting menu is available Sunday-Thursday. It starts with antipasto, followed by a choice of three pasta dishes and a dessert. The menu will be available year-round, but the dishes will change seasonally.

I caught up with Van Der Mije to learn about five delicious choices that are currently available on the menu. 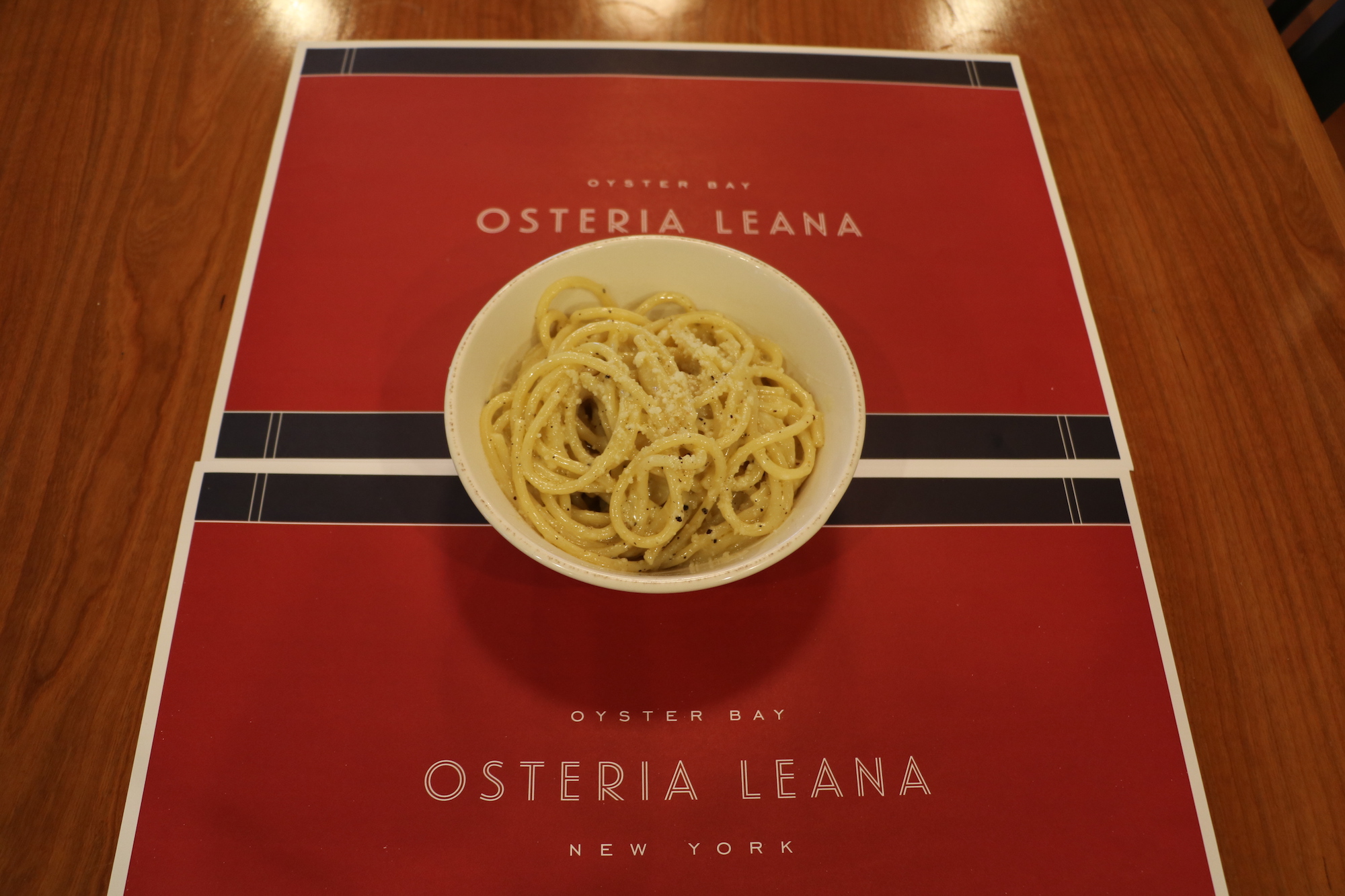 A traditional Roman dish made with bucatini pasta, it’s smooth and creamy with Pecorino cheese and butter that’s balanced with a bit of cracked black pepper. Cacio e pepe, which means cheese and pepper in Italian, was a favorite of Van Der Mije and his brother as they traveled together in Italy—in part because it was one of the least expensive dishes on the menu. “It’s a very simple dish, but it takes a lot of patience to make and execute correctly,” Van Der Mije said. “It’s a very homey dish that everybody seems to gravitate towards.”

Van Der Mije prides himself on sourcing local, and this dish is a perfect example. The clams for this garlic, wine and butter sauce serving come from Frank M. Flower & Sons in Oyster Bay. 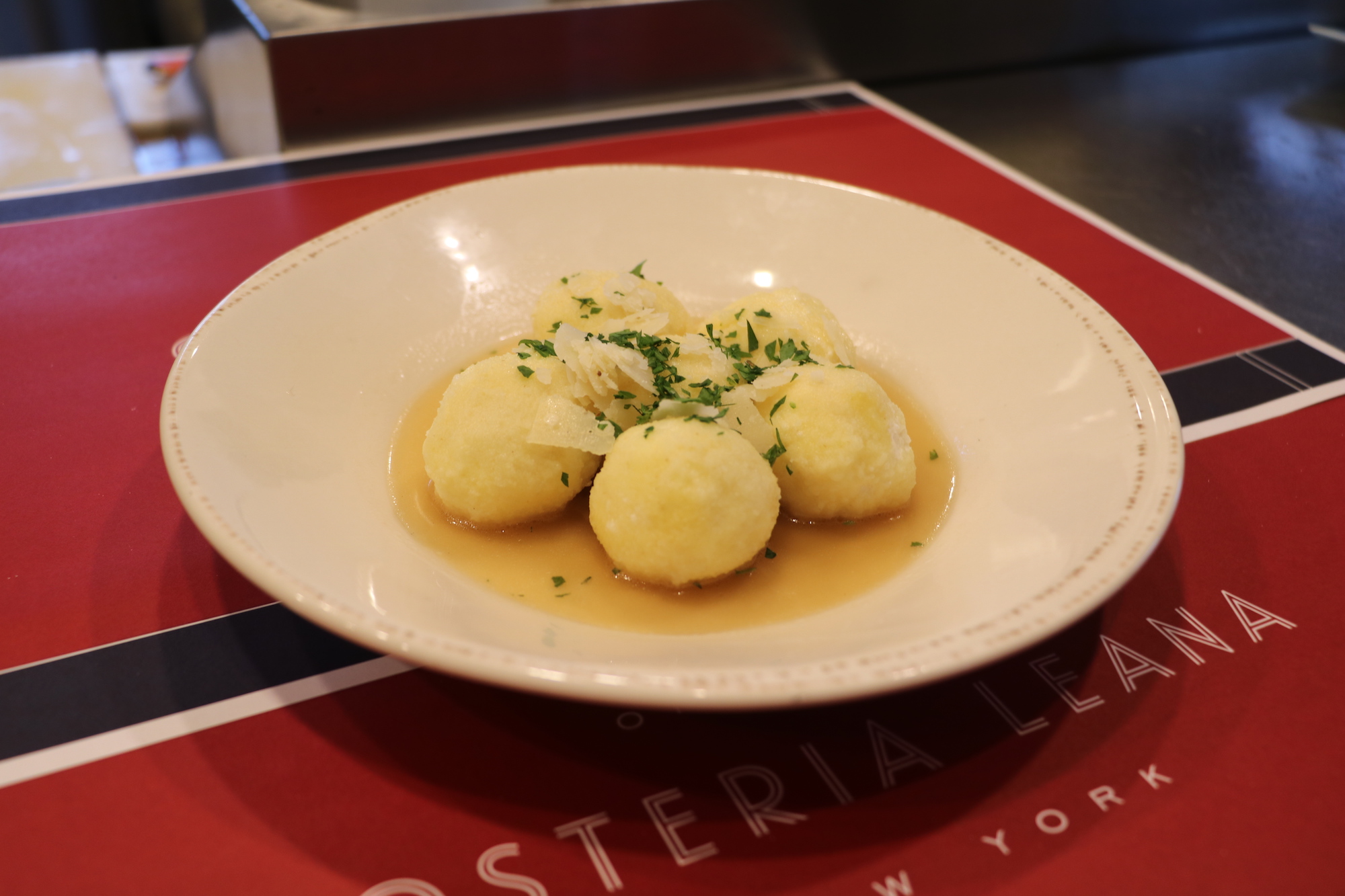 If you haven’t had gnudi before, you’ll be wondering, “Where has this been all my life?” Essentially the elements of cheese ravioli—Parmesan and ricotta—without the pasta and shaped as balls with the aid of flour, it comes in a refreshing prosciutto and mint broth. The gnudi are soft and packed with an initial salty but not overpowering hit from the Parmesan that quickly dissipates. The serving size of six is easy to engulf.

In this dish, Van Der Mije pairs thick, hand-rolled pasta made of only flour and water with an oxtail short rib ragu. He said the oxtail has a braised, rich, meaty flavor that’s often underutilized. 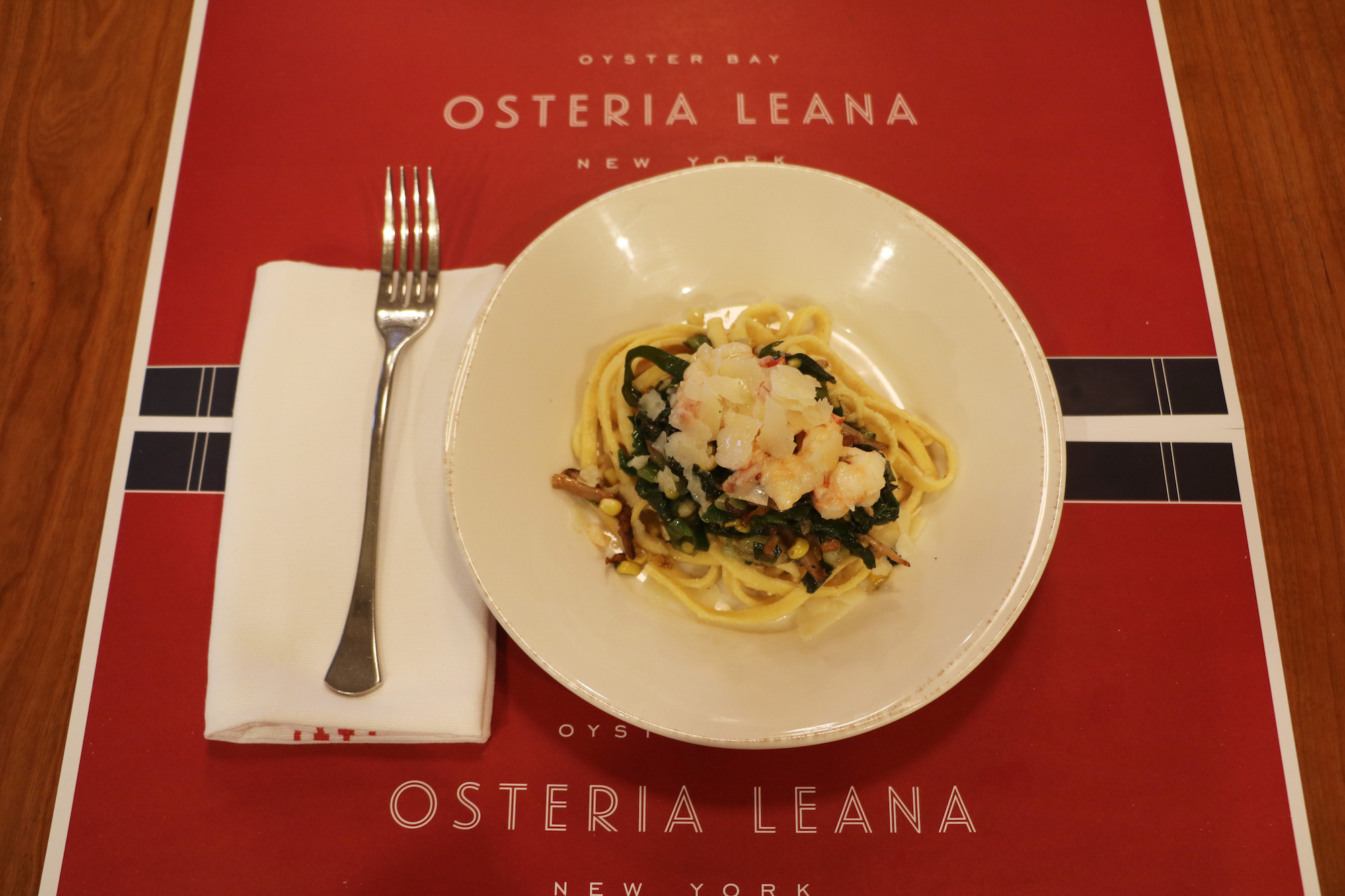 Starting with a special, old school tool to cut the thick, long pasta, this dish is a combination of old world tradition and modern culinary tastes. It’s made with a hazelnut corn pesto, morels, grilled scallions, truffle oil and Parmesan cheese. Add lobster for an extra charge.