Almost a year since Gaijin’s soft opening last October in Astoria, Chef Mark Garcia knows how he plans to celebrate.

“We have this bottle of sake that’s like $600 on the menu and we haven’t sold it. I’ve been joking around with my business partner that I’m going to open it for our one year anniversary and drink it,” he said.

But sake shots or not, there’s plenty to celebrate. Gaijin has enhanced the Queens dining scene with its omakase experience. Patrons who enjoy surprises can take a seat at the white counter and trust Chef Garcia to whip up his choice of sushi right in front of their eyes. 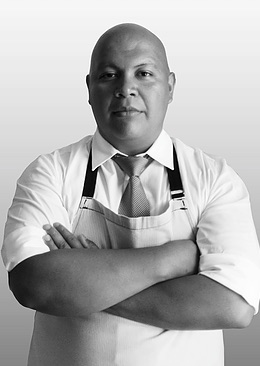 “It’s a totally different experience seeing people make your food as opposed to just ordering it,” said Garcia, who has been working in restaurants since he was 14. “It’s something you could only get from an omakase restaurant.”

The dishes are equally as unique. Using year-round staples like tuna and salmon and seasonal fish, Chef Garcia puts his own spin on classics and changes the menu each week. For example, he prepares yellowtail with roasted peppers and a smudge of butter. As for salmon, he marinates it, chars it over a grill and serves it with chives and truffle carpaccio. Even sardines get special treatment. Chef Garcia cures them in vinegar, adds a touch of soy and Japanese mint leaves along with chopped olives and onions on top. He also adjusts dishes to cater to people’s preferences and allergies.

Chef Garcia’s creativity comes from years of experience working in kitchens in his hometown of Chicago. He memorably worked under veteran Chicago sushi chef, Chef Kraze, and recently helped him and Michelin-starred chef Jeff Ramsey develop the menu at the sushi spot Momotaro. Garcia relocated from Chicago to open Gaijin with friend and co-owner Jay Zheng since the market for omakase is stronger in New York City.

Aside from omakase, Gaijin also has tables and outdoor seating for those who prefer to eat from a Japanese-inspired menu. Unlike Japanese restaurants in the area, this one doesn’t offer maki rolls. Instead, the focus is on traditional dishes like chawanmushi (steam egg custard with seasonal topping) and dobin mushi  (caledonian shrimp, sea scallop, shimeji & enoki mushrooms and razor clam broth). There’s also an option to eat certain items like whole fish, steak and peppers cooked on a robata, a Japanese binchotan charcoal grill. 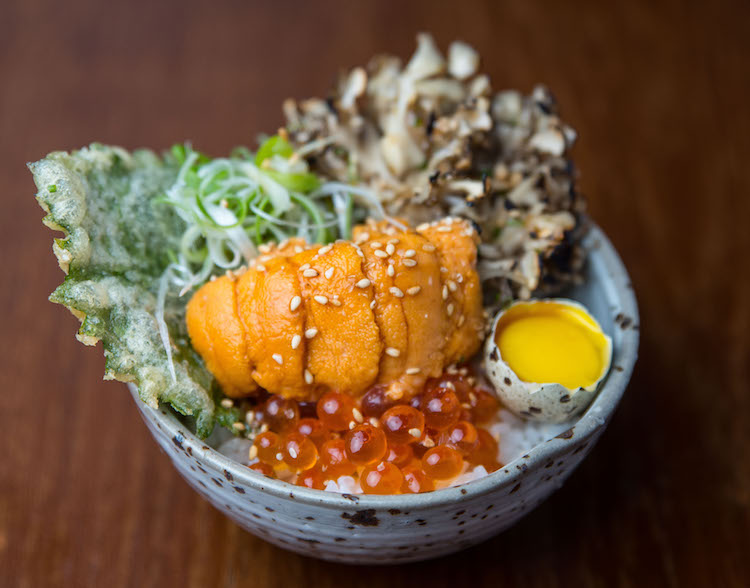 Just as important as the food is the experience. Chef Garcia said he noticed dining in New York City is often rushed. He wanted to bring the laid-back casual feel from the Chicago restaurants he worked at to his new venture. “I pace my omakase. The shortest they are is an hour and a half and when we don’t have anymore reservations, they are about two or two and a half hours,” he said. “We want the guests to enjoy.”