Christopher Cantwell, an anti-Semitic racist featured in VICE News Documentary “Charlottesville: Race and Terror,” grew up in Stony Brook, according to the Southern Poverty Law Center.

Cantwell hosts a call-in show called Radical Agenda online and has a lengthy criminal record that includes two DWIs, fourth degree criminal possession of a weapon and two stints in jail. He attempted to run for the U.S. House as a Libertarian in New York’s First Congressional District in 2009. He failed to get enough signatures but spoke at the Libertarian Party of Suffolk and Nassau Counties in New York in June 2014. Cantwell later moved to libertarian hotbed New Hampshire.

In the VICE News Documentary, released this week, Cantwell abhors even Donald Trump for allowing daughter Ivanka to marry Jared Kushner, who is Jewish. He marched with fellow neo-Nazi white supremacists Friday and Saturday in a protest over the removal of a Confederate statue in Charlottesville, Virginia. During Saturday’s march, James Alex Fields drove through a crowd of people protesting white supremacy and has been accused of killing 32-year-old counter protestor Heather Heyer. 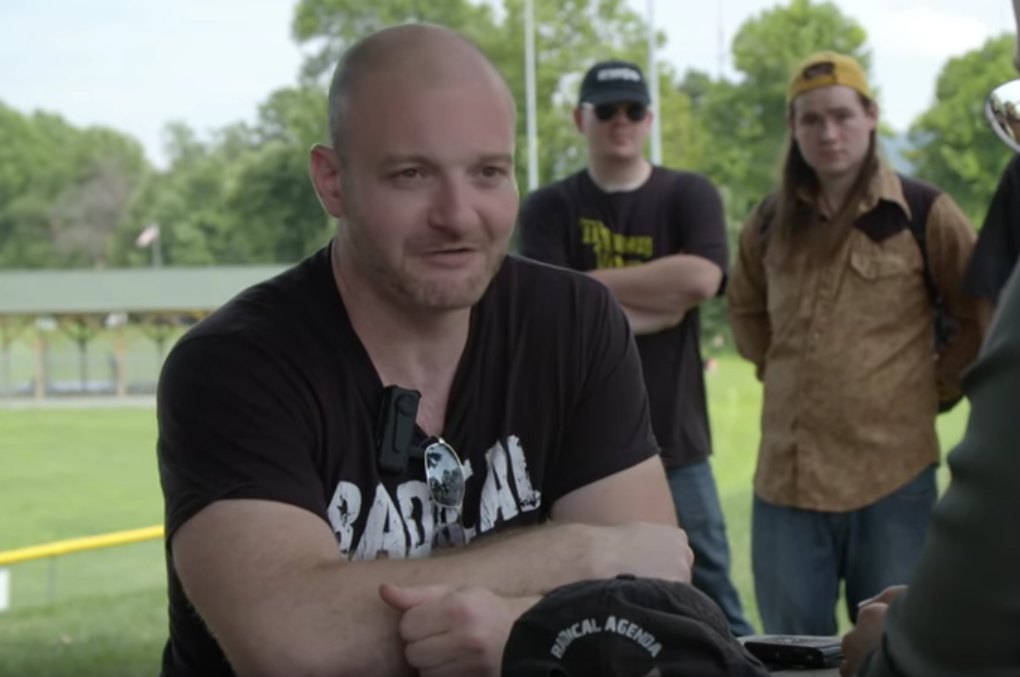 The day after the attack, Cantwell indicated the killing was provoked. “The video appears to show someone striking that vehicle when these animals attacked again and he saw no way to get away from them except hit the gas,” Cantwell said. “And sadly, because our rivals are a bunch of stupid animals who don’t pay attention, they couldn’t just get out of the way of his car and someone got hurt…I think it was more than justified. I think a lot more people are gonna die here before we’re done.”

Cantwell also said the weekend’s protest would be hard to top but that the hate group would try.

On Wednesday, Cantwell released a YouTube video in which he tearfully claims there is a warrant out for his arrest.