The first artwork of the Ebb & Flow exhibit at the Heckscher Museum of Art depicts a dark but untroubled ocean brushing softly against the rocks. Large boats are in the backdrop as birds fly close to the picture plane and further away towards a cloudy sky. The lithograph by Long Island artist Stow Wengenroth fully incorporates curator Lisa Chalif’s desire to capture all sides and depictions of the seascape, whether it be stormy or clear skies, choppy or calm waters and empty or explored seas.

Next to Wengenroth’s work, there is a quote by French researcher Jacques Cousteau which reads, “The sea, once it casts its spell, holds one in its net of wonder forever.” But why do humans, specifically the plethora of Long Island artists featured in the exhibit, find the ocean so captivating?

“We’re surrounded by water on Long Island,” Chalif said. “There’s a built-in appeal to the audience.” 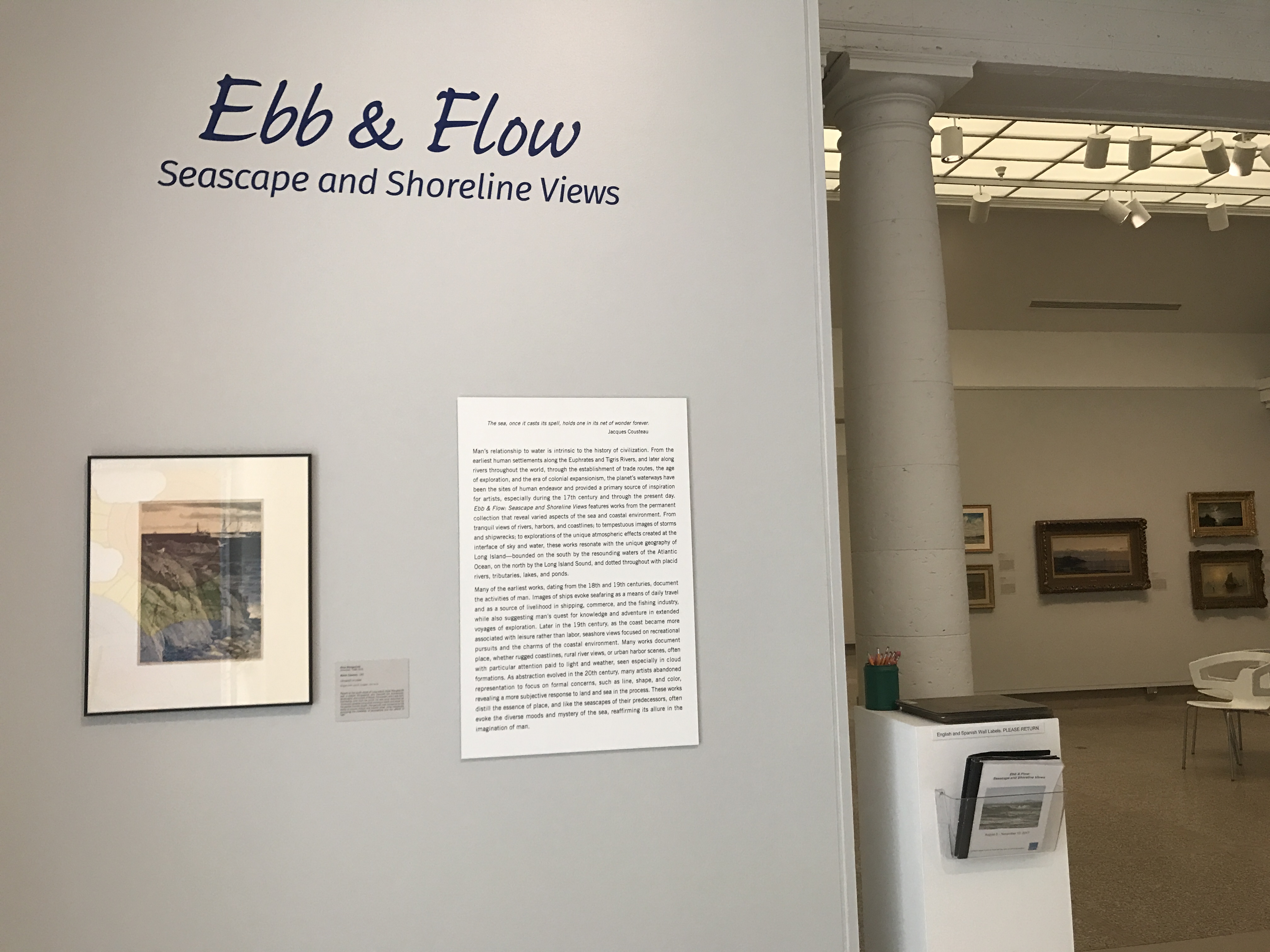 This is the first time the Heckscher Museum has curated a permanent collection exhibit devoted solely to the seascape. Although the exhibit includes works primarily from the 19th century or later, there are a few scattered pieces from the 17th and 18th centuries.

“[The exhibit features] a variety of works and a variety of interests, such as waves, atmosphere, clouds [and] where sky meets water,” Chalif said. “There are both representational works and abstraction.”

Throughout the small exhibit featuring more than 50 works of art, one can see how artists’ intentions and feelings toward the shoreline shifted over time. Chalif noted that during the mid-19th century, the Hudson River School reigned supreme. Work from that time period focused mainly on the geography of the seascape and landscape. The late 19th century brought forth the Impressionist movement, which associated the shoreline with leisure. In the 20th century, man began to enter these seascape paintings more frequently.

The museum may be strong in American art, specifically from the New York-area, but the exhibit stretches to include some western European works. There’s Rubens Santoro’s “Grand Canal, Venice,” which belonged to the museum and park’s founder August Heckscher, as well as Anna Richards Brewster’s “At Aswan on the Nile.” The latter stands out for its minuscule size (8-3/4 x 13-3/4 in); this sizing was used because paintings during this time were a form of souvenir since photographs were not yet an option to commemorate travel. 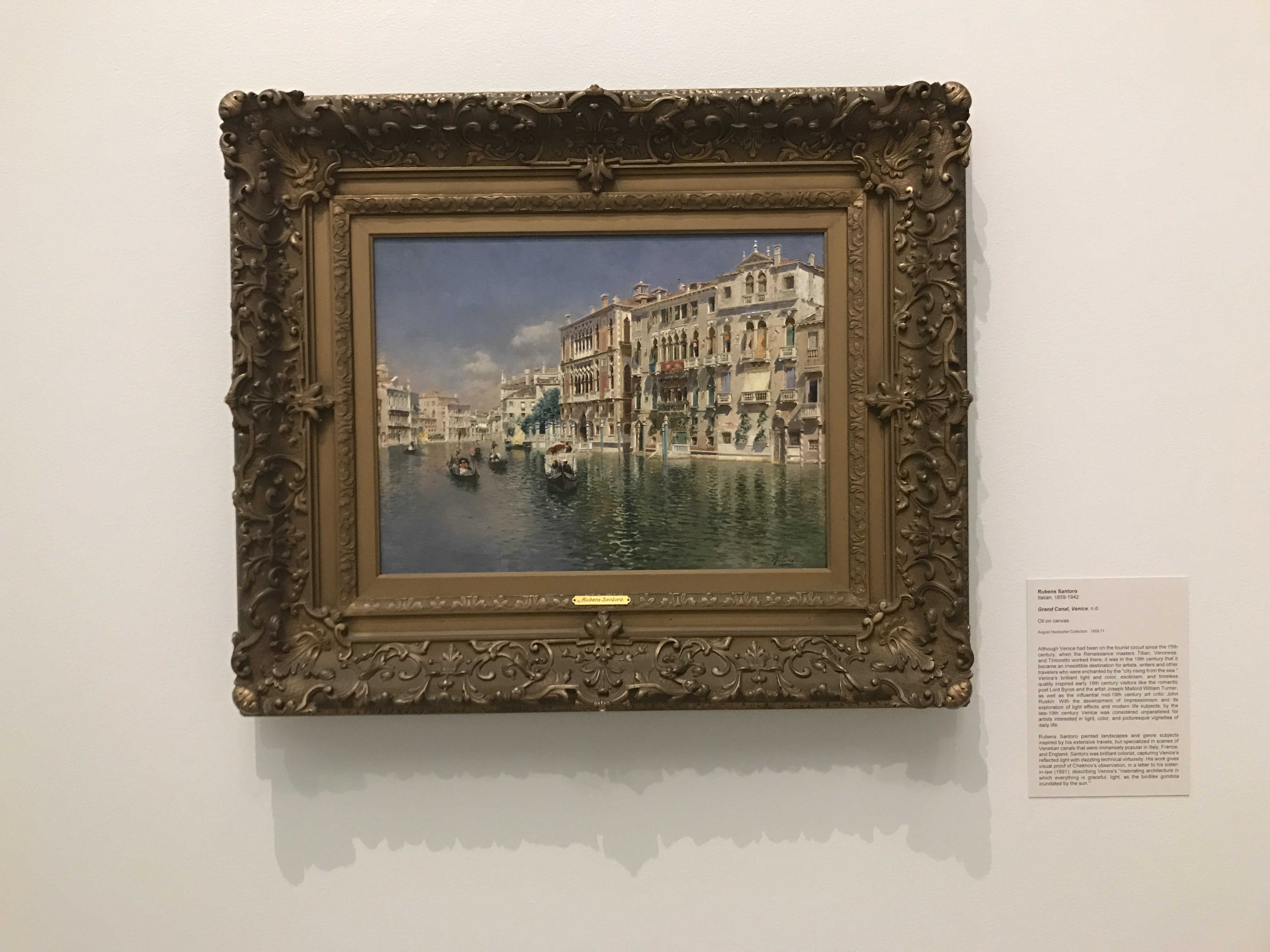 Chalif also spotlighted a few paintings by local Long Island artists such as Arthur Dove and Helen Torr, a couple who lived and worked on a boat in Huntington Harbor. Both artists are associated with the modernistic movement and abstracted from nature. Dove’s sketch, titled “Land and Seascape,” is what he calls an “extraction,” a mechanism that uses simplified shapes and colors to represent the spirit of nature. 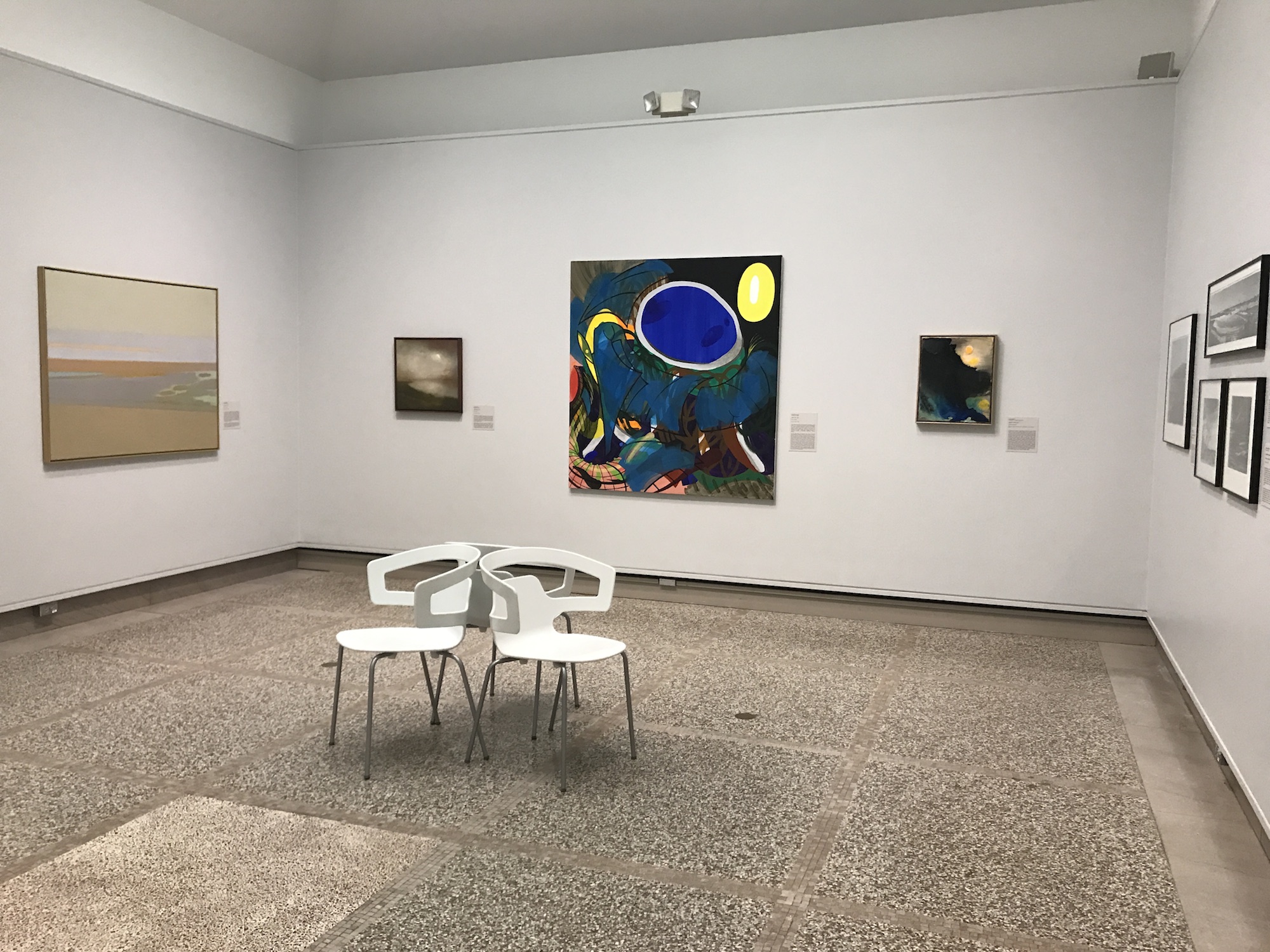 The final gallery in the exhibit, which includes more works in the modernist and abstract styles. image: gianna barberia

The exhibit, although mostly serious, ends on a lighthearted note. On the south lobby wall, one can notice a painting by William Richard Crutchfield that depicts two cups, each filled with water and donning a boat. It’s title? “Sea Glasses.”

Ebb & Flow: Seascape and Shoreline Views will be on exhibit at the Heckscher Museum of Art from Aug. 5–Nov. 12.