A year after opening its first location on Long Island, Stew Leonard’s is treating customers with a second. The farm fresh, family-owned and operated grocer opened its doors in East Meadow today.

“We chose East Meadow because it’s a great community and it’s conveniently located to the Northern State, the Southern State and the LIE,” said Stew Leonard Jr., president and CEO of Stew Leonard’s. “We’re having a great time getting to know our shoppers in Farmingdale and now in East Meadow.”

It will also operate the same departments as the other five locations in Farmingdale, Connecticut and Yonkers. A stop by Bethy’s Bakery (started by Beth Leonard, daughter of store founder Stew Leonard Sr. in the 80s) is necessary. Think fresh bread, bagels, buttery croissants and apple cider donuts, a favorite at the Farmingdale location. There’s several other areas including the butcher shoppe with meats from ranchers in Kansas, Wyoming and Nebraska and Mrs. Leonard’s Kitchen where chefs whip up popular recipes. 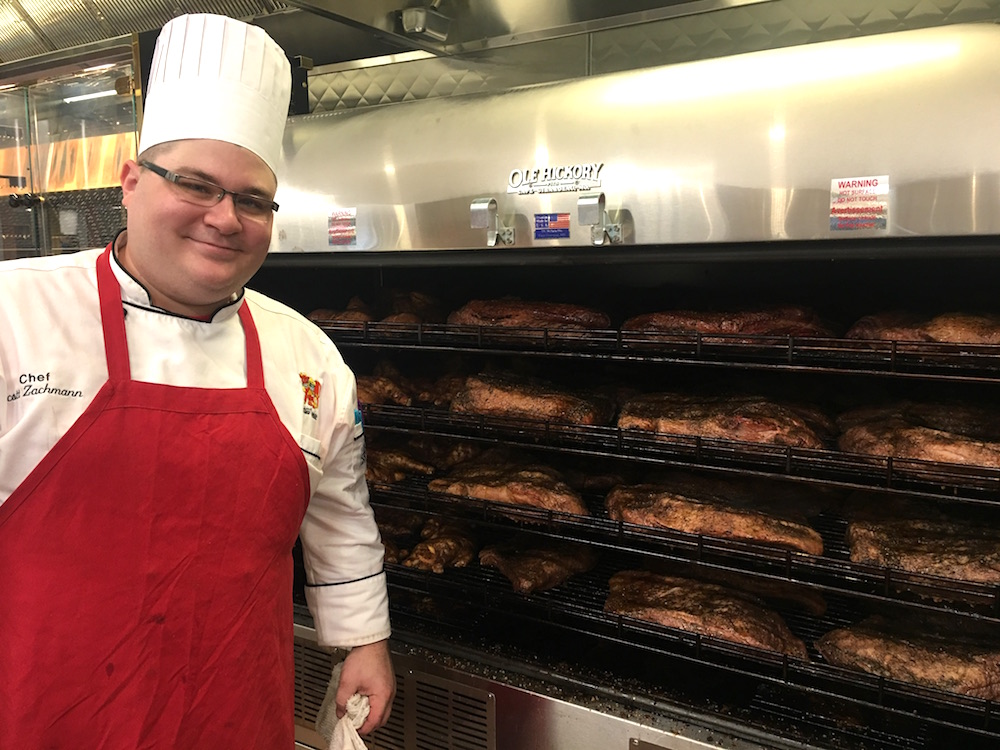 Shoppers can also expect specials on bestsellers every week. “This week, the crab legs are $9.99/lb—that’s half price—and the porterhouse steaks are $5.99/lb,” said Leonard Jr.

The East Meadow location comes decades after Stew Leonard Sr. opened the first store in Norwalk, Connecticut in 1969. Leonard Jr. pointed out that the company carries on one simple rule: “The customer is always right!”

The store is located at 1897 Front Street in East Meadow.