Big-budget superhero films are once again dominating the summer box office. Guardians of the Galaxy Vol. 2 and Spider-Man: Homecoming have grabbed headlines. And of course, there’s the most talked about film this year, Wonder Woman. Directed by Patty Jenkins and starring Gal Gadot, the DC blockbuster broke box office records: It netted more than $100 million domestically opening weekend, making it the best American debut for a female-directed movie. Wonder Woman also proved that female superhero films aren’t a flop. But the superhero excitement won’t fade with the season. Anticipation is already building for November’s Justice League and Thor: Ragnarok and next year’s Avengers: Infinity War and Aquaman.

One of the biggest hooks of movies in the superhero genre, often classified as a shared universe of films, is that they are a part of a greater world. They tell complete stories and feature ongoing threads and extra scenes that tie into a greater narrative played out over multiple films. Marvel Studios and DC Comics have the two most recognizable shared cinematic universes, but increasingly more studios are trying to jump on the bandwagon. Yet not every Batman or Transformers flick can hold a candle to Wonder Woman. Audiences yearn for cheery movies with well-thought-out storylines and compelling characters, something Marvel Studios has proven time and time again and DC films found with Wonder Woman, which took a lighter tone than the studio’s previous superhero attempts.

Marvel Studios staked a high-flying flag in the shared universe realm in 2008 when it released Iron Man, a well-crafted superhero film that ultimately changed the movie industry. The first Iron Man film grossed $585.2 million worldwide against a $140 million budget.

Marvel’s shared universe now spans 16 films (and counting) and no less than 12 TV series (such as Agents of SHIELD on ABC; Daredevil, Jessica Jones, Luke Cage and Iron Fist on Netflix), plus a couple of web series, a few short films and various comic book tie-ins. The latest film in the series, Spider-Man: Homecoming has brought in $676.7 million to date with a $175 million budget. 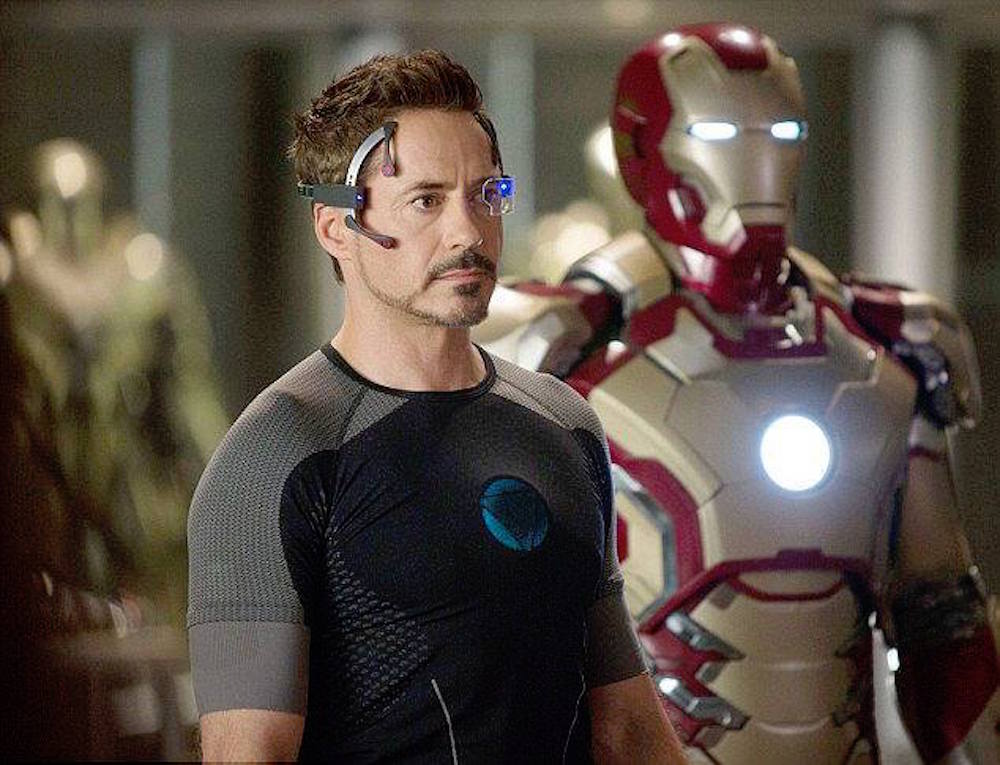 For one, there’s always been a unified direction. Kevin Feige, the President of Marvel Studios, had been involved in 14 films based on Marvel characters prior to Iron Man. He enlisted a consulting team of some of Marvel’s top writers to vet the outlines for all the films, planned out the overarching plotlines and kept track of storylines.

Marvel also gives the writers and directors freedom to make their own mark and give each movie its own tone. Most of the dialog in Iron Man was improvised. Captain America: The Winter Soldier was more of a political thriller than a superhero film and Doctor Strange firmly embraced the mystical and supernatural aspects of the Marvel Universe. Getting well-known actors, like Robert Downey, Jr. in Iron Man, make the films more appealing outside of the comic book circle. 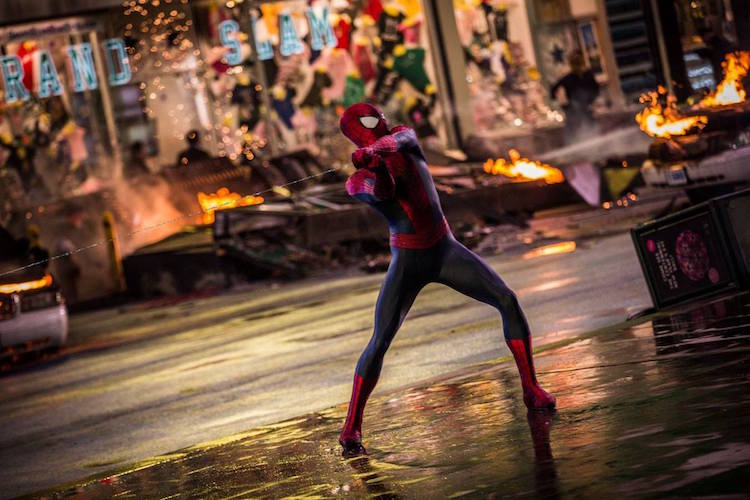 DC Comics has also seen successes. Man of Steel made $668 million and cost $225 million to make. The aforementioned Wonder Woman, a standalone film, has made almost $795 million against a $145 million budget. But the studio has yet to reach the same level of spark as Marvel Studios. Could it be because it relies heavily on the vision of director Zach Snyder? Or the fact that it was only after the success of Batman v Superman: Dawn of Justice that DC decided to pull together a story team to start thinking long-term?

What can’t be speculated is the fact that the studio also takes longer to release its films. Marvel Studios puts out movies at a rate of two to three per year. DC has planned about one per year. 2017’s release of Wonder Woman and Justice League marked an exception. It could also be argued that Marvel films feature just the right mixture of humor, gravitas, witty banter and complex character development. DC’s films, on the other hand, have been severely criticized for being poorly written, too dark and suffering from clunky character motivation. Film critic Robbie Collin of The Telegraph savaged DC’s Batman v Superman: Dawn of Justice writing, “No major blockbuster in years has been this incoherently structured, this seemingly uninterested in telling a story with clarity and purpose.” Alternatively, that same year he praised Marvel’s Captain America: Civil War: “This is the cinematic superhero showdown you’ve dreamt of since childhood, precisely because that’s everything—and all—it wants to be.”

Some studios have seemed to miss the mark all together.

Universal Studios announced four years ago that it was launching a shared universe of linked films featuring the pantheon of classic monsters they own. Dracula, the Mummy, the Invisible Man and Frankenstein’s Monster, among others, are meant to be the cornerstones of this series. Dracula Untold (2014) went through several reshoots before turning in a poor performance at the box office. It’s gross domestic total was $56.3 million with a $70 million budget. The 2017 remake of The Mummy was supposed to be the genesis of this brave new monstrous world. Instead, it received monstrous reviews and bombed at the box office, bringing in $80 million domestically on a $125 million budget. Universal Studios has its hopes set on the Bride of Frankenstein remake in pre-production and at least eight more films in various stages of development. Having already exiled Dracula Untold from its shared universe and The Mummy’s dismal performance, it wouldn’t be surprising for Universal to abandon the shared universe structure and let the rest of the films stand on their own.

Then there’s Paramount Pictures and the Transformers franchise. Before the production of Transformers: The Last Knight, Paramount Pictures hired an extensive writing team to flesh out the Transformers universe into further films. Ten more films have been mapped out, including a Bumblebee solo one slated for next year and a follow-up to The Last Knight expected in 2019. It’s understandable that Paramount would want to capitalize on a successful franchise, but it’s banking on audiences to care for a series that is on its fifth film and a decade old. Had this been the plan all along, it would have stood a much better chance of success, but the last Transformers film saw the beginning of diminishing returns for the series against ever-increasing budgets. The better bet would have been to rest the franchise for a few years and then come back with a grand plan. 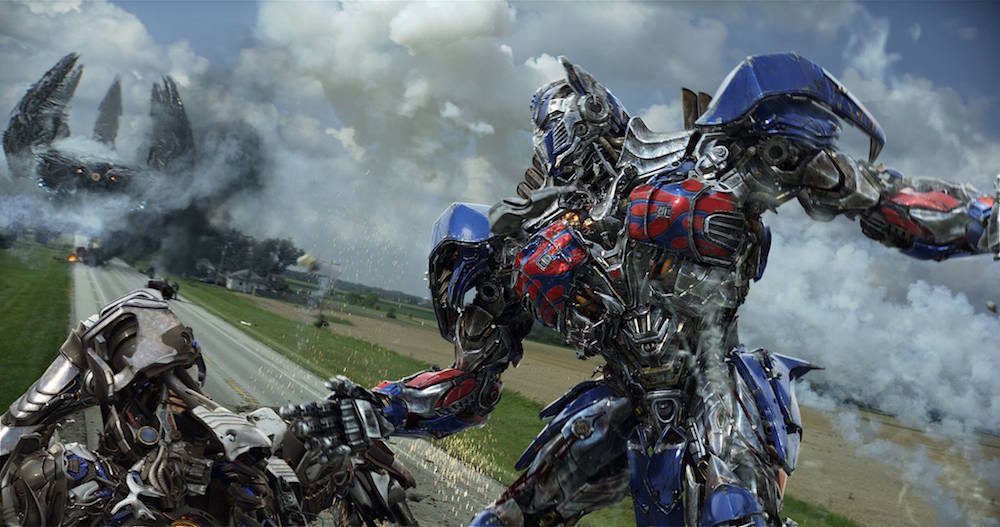 These studios need to take a step back and take a cue from Marvel Studios. DC is claiming to be course-correcting its upcoming films to assuage the concerns of its fan base, giving hope for more consistency in quality and performance. The future is bleaker for Universal and Paramount, neither of which seem to be learning from past mistakes. It takes planning, talent and willingness to think outside the box. When you can draw from a roster that includes a thunder god, a genius inventor, a badass female assassin, and a machine gun wielding talking raccoon, most other franchises will never be able to keep up.