For every East Hampton, Huntington or Greenport on Long Island, there’s a boarded-up eyesore of a town that has seen better days. Places like Patchogue and Bay Shore have shown that smart development and strong chambers of commerce can put a town back on the map for the right reasons. Four Long Island towns are following suit. 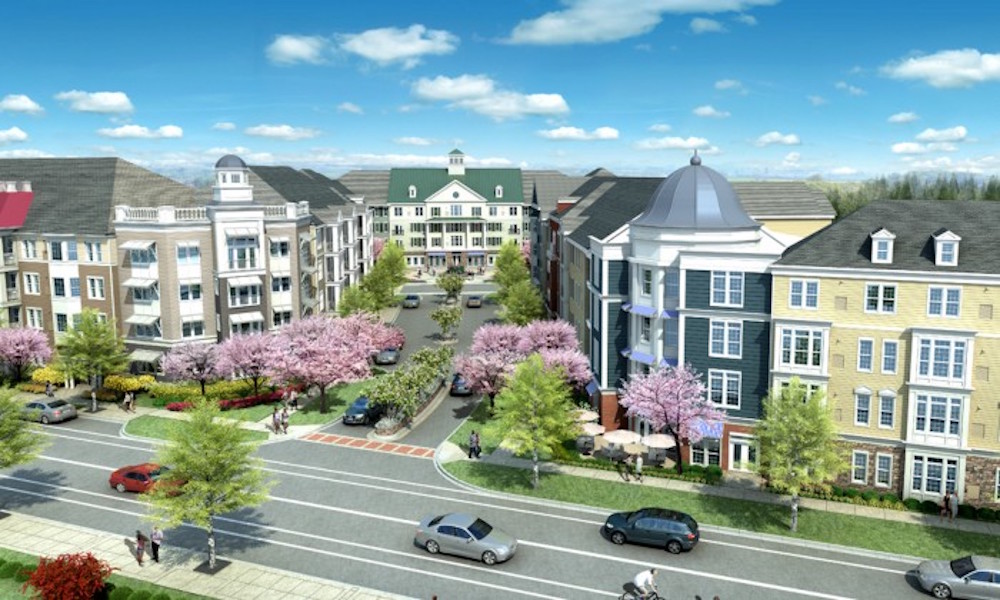 The hamlet whose name Long Island millennials invoke to butcher Beach Boys lyrics is usually overshadowed by its supposedly bottomless namesake lake. (According to legend it’s haunted by a drowned Native American princess but in fact was merely haunted by vacationing Vanderbilts.) The town became most famous as an LIRR hub and branch, watching as other Long Island towns outstripped it in development and as a desirable place to call home. That looks like it’s about to change with the planned Ronkonkoma Hub project, which would create a 50-acre, mixed-use downtown area to tap the town’s underutilized advantages of location and affordable real estate. The developer, Tritec, said the Ronkonkoma Hub project became the first LEED Certified Neighborhood Development in New York in March. (It estimates it will be finished in up to six or eight years.) Meanwhile, county officials and local groups like the Lake Ronkonkoma Improvement Group are turning public attention to the long-neglected waters on the town’s shores. Efforts are also underway to develop a plan to clean up the onetime holiday hotspot and make it once again suitable for a Vanderbilt or a Native American princess.

This once sleepy Suffolk County community is arguably best known to outsiders for its Tanger Outlets and the national controversy the town’s building inspector courted when he used Google Earth to find out which residents had pools without permits. But Riverhead has come back from the dead to become a 21st-century example of urban renewal. Starting in the 19th century, the town at the base of Long Island’s North and South Fork grew a vibrant downtown fueled by a thriving retail and service base and, eventually, tourists who popped by on their way to or from the Hamptons or the North Fork’s wineries. But in the mid 70s, the newly built Long Island Expressway bypassed Main Street, which stagnated for decades. In the 2000s, things finally started to turn around, first with the opening of the Long Island Aquarium on the Peconic River, then with revitalization projects that brought life back to Riverhead’s downtown and waterfront. Now the restored Art Deco Suffolk Theater, Woolworth building and Vail-Leavitt Music Hall serve as crown jewels to a crowd of active storefronts and restaurants. There’s boutiques, jewelers, coffeehouses and organic markets, and the town’s unique combination of surf and turf—it’s home to four beaches and more than half of Long Island’s farmland. Visitors are steadily finding joy in the town that considers itself the capital of “Strong Island.” 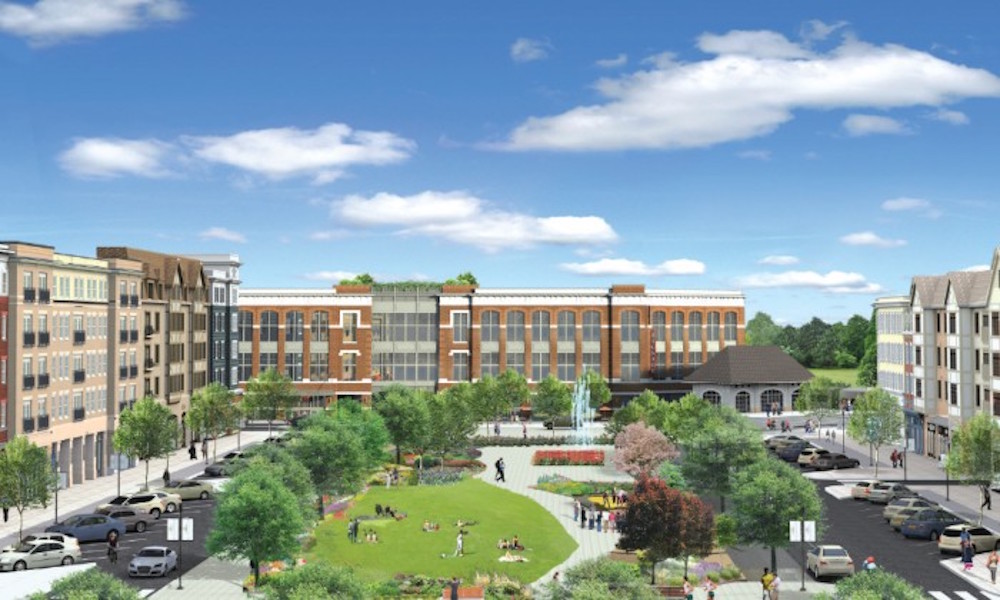 This hamlet in Babylon, named after the chief of the Montaukett tribe, was a working-class Irish neighborhood that became a haven for middle-class black families in the 1950s. But it never quite recovered after the race riots that convulsed it (along with the rest of the nation) in 1967. Crime and poverty spiraled out of control while the infrastructure crumbled, lots were abandoned to the weeds, and retail stores and restaurants vanished—even a McDonald’s failed here. In 2013, though, the town finally broke ground on the first parts of Wyandanch Village, a 40-acre, $500 million mixed-used private-public partnership to turn its brown fields into 177 LEED-certified apartments, office buildings and small businesses in various architectural styles. They’d all be powered by the proximity of the LIRR train station, and hopefully bringing much-needed jobs to the village. The centerpiece of the development is to be a one-acre park that would host live concerts in the summer and a skating rink in the winter. In 2013, a $1.2 million Suffolk County program kickstarted a move to make Wyandanch the home of the Long Island Music Hall of Fame—Wyandanch, it seems, is destined to hear happy tunes in the days ahead.

Often disparaged as a town of haves and have-nots, this shipbuilding-turned-tourist village has been criticized for focusing on developing its picture-perfect historic waterfront while neglecting Upper Port, which slopes southward and past the rail station and is blighted with rotting homes, empty storefronts and weedy lots. (The 2010 U.S. Census found only 184 people living in the area.) Working with the LIRR, MTA and NYSDOT, the town approved a revitalization master plan for the neighborhood along Main Street in 2015. Plans called for adding green spaces and mixed-use buildings attractive to young professionals, repairing sidewalks, improving traffic, refurbishing the train-station parking lot and following the Patchogue model of streamlining zoning requirements. Much of it is playing to Upper Jeff’s lifeblood, the rail traffic. Money for the project is still flowing in with $800,000 in grants coming in January 2017. The sum would help to create a large retail/residential anchor for Main Street and to connect the rail station to new residential housing called The Hills, a $20 million project to build 72 apartments with underground parking and a gussied-up pocket park. The Hills was pre-leased to full capacity a month before the development even opened to tenants last summer—the signs for Upper Port Jefferson are looking good.