It would be tempting to measure Greg Cayea’s accomplishments in mere miles. Beginning on July 11 of last year, Cayea toured the United States for 122 days, driving more than 36,000 miles to earn the Guinness World Record for the longest journey by car in a single country. Perspective: the earth’s circumference is only 25,000 miles. But in truth, Cayea’s traveled much farther than one could calculate. The trip was more than just an accumulation on the odometer. It was the pinnacle journey of a man who has always had to leave home to find it. The former addict became a drifter before the age of 16. The following years were shaped by homelessness—hopping trains and hitchhiking became a way of life. Within that, a survivalist spirit took root. Cayea never returned to his childhood home in Roslyn as a teen, the road became his solace and the lessons it taught enabled him to turn his life around (Cayea is now six years sober).

This part of the journey culminated last year with the record-breaking trip. During the excursion, the Long Island native published his first book, an autobiography entitled No Direction Home: The Drifter Chronicles, recounting his journey and providing encouragement about going the distance.

What inspired you to break a record?
I left home when I was 13 because I got into a lot of trouble. I ran away from boot camp around my 17th birthday, from that day forward I pretty much hitchhiked and stayed on the road. It was my home as a kid—traveling, hopping busses, hopping trains…I’d read these travel blogs and thought, “I have done more than these people and I have nothing to show for it.” It was a little bit based out of ego, a little bit based out of adventure. I did it with my ex-girlfriend. She had never been on a road trip and I wanted to give her an experience. But also I had to do something different than I ever had done and travel harder than I ever had before. One thing led to another and I started Googling travel records that could be broken. I found one for longest road trip in one country and it was only 19,000 miles. I was like, “What are you kidding me? I’ll kill that.”

Guinness needed to authenticate your record-breaking trip. What was that process like?
You need to submit an application saying, “I want to break this world record, can I apply to break this world record?” Then they send a letter back and say, “Sure, how do you intend to do it?” You tell them how and that’s your application. You need to apply to apply. The most frustrating part was that you have to submit a KML file [documenting speed, altitude and distance traveled via GPS and Google Earth]. I sent it to them once we were in San Diego and had already done 3,000 miles. They said they couldn’t see anything in the file and we had to figure it out. I did it again when we did 10,000 miles in Butte, Montana, where we celebrated our first mile marker and we had just gotten the yes from Guinness that we were doing it right. When we finally figured out that we were doing it right, it was awesome. 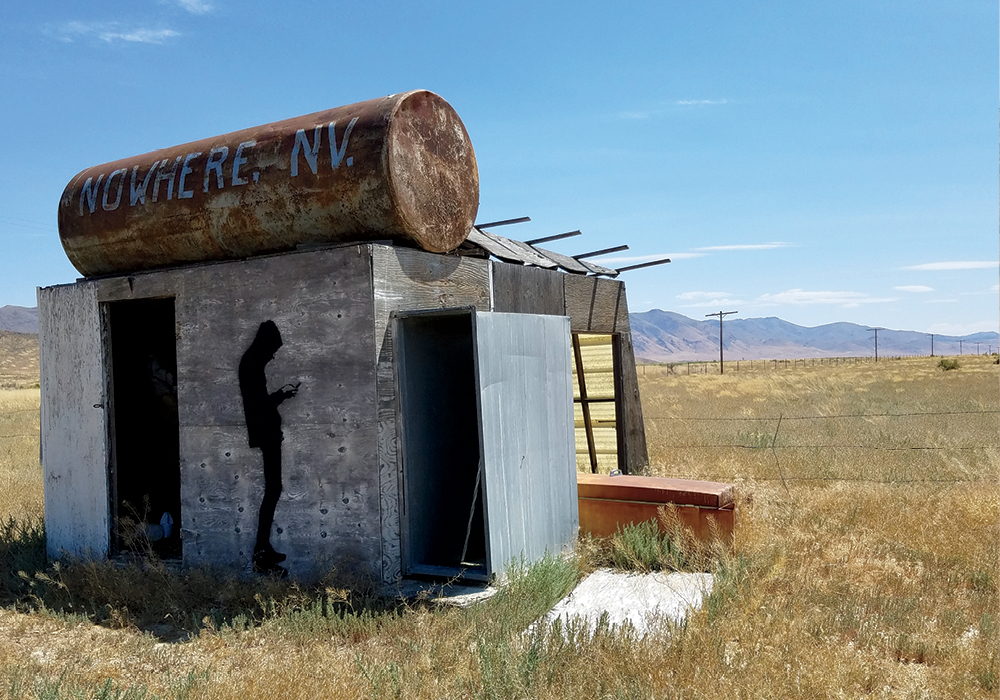 Guinness requires that you don’t travel in loops. How did you chart a course?
I have been on the road my whole life so there really wasn’t anywhere that I hadn’t been. I saw someone post on Business Insider or Forbes about the “perfect road trip” [a course that travels through points of interest in the 48 contiguous states]. I shared that on my Facebook and said, “I’m going to do this.” I went through the map and it was only 15,000 miles—it wasn’t going to work. The map for that perfect road trip was incorrect, it was missing out on some serious geography and different cultures.

How did you adjust the route?
I was basically thinking, “What do I want to show my girlfriend? What is every city that I want to show her?” The shittiest way to take a road trip is to take an interstate. If you’re going to take a road trip you have to get off and take a highway. You need to drive through the towns and find the diners and see the locals. It’s like going to Paris and staying at the Ritz Carlton as opposed to going to an AirBnB or staying with a family or at a hostel. That’s how we planned it.

What’s the most rewarding aspect about life on the road?
I would say self-exploration. You learn a lot about yourself when you’re on the road. It’s the best way to find your weaknesses and your strengths, to get out of your comfort zone, especially when there is no goal. When there is no destination you are stuck in this constant state of presence. There is no, “When are we going to get there?” There is no there. I could name off a million cool places people could check out. But I think that when you’re on a 36,000-mile road trip, the most interesting part is how you deal with your emotions and what you’re really made of.

How did the trip impact your relationship?
There’s that line in Fight Club: “How much can you know about yourself until you’ve been through a fight?” That’s kind of what it felt like with the road trip, especially when you’re with someone else. There’s nowhere to run when you’re in a fight or an argument or you disagree. It has nothing to do with travel, it has everything to do with the current moment and learning to appreciate the sunshine as much as you do the rain and the mountains and the desert and figuring out that no matter where you are, it is all the same. 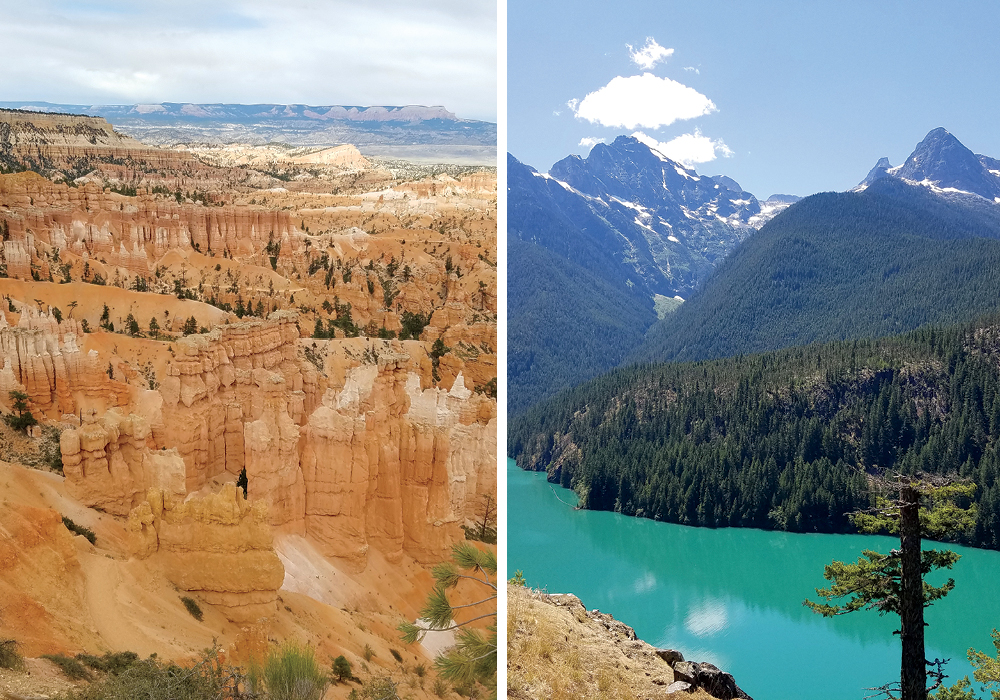 How did you know it was time to stop?
We stopped the day after the Presidential election [Nov 9, 2016]. We were in Myrtle Beach and at this point we were pretty done. It had been 36,000 miles. I was done spending money. We woke up depressed, all politics aside, and drove to Long Island. Our plan then was to move to Port Washington. We decided on Long Island because my family is here and I wanted to be close to my grandma. That was the original plan. I haven’t been home since I was 14.

What was it like to publish your first book on the road?
My goal was to publish the book by my 32nd birthday and I did. We stopped in Lincoln, Nebraska for two weeks (that is the maximum amount of time you could stop) and that’s when I published it on the road on Sept 16, right before my birthday. At first I didn’t want to write a book about me and then I got these emails from people thanking me for telling their story for them. It’s like Catcher in the Rye meets On the Road. I have no problem comparing myself to J.D. Salinger or Kerouac.

What’s the next adventure you have in store?
I am writing my second book. It’s volume two of The Drifter Chronicles about how I ended up in America’s worst juvenile institution, how I escaped and the tale of my runaway. My plan is to stay close to my grandma. Maybe go to Montreal, take day trips, go to Madrid. I’m taking little writing sabbaticals. At some point I’ll probably listen to another Tony Robbins audiobook. Maybe break another world record. I’m a serial entrepreneur. I come up with a different idea every two months. Half of them fail, half of them work. I just think, “How can I capture the attention of the world?” Not for monetary reasons but just for the fun of it.