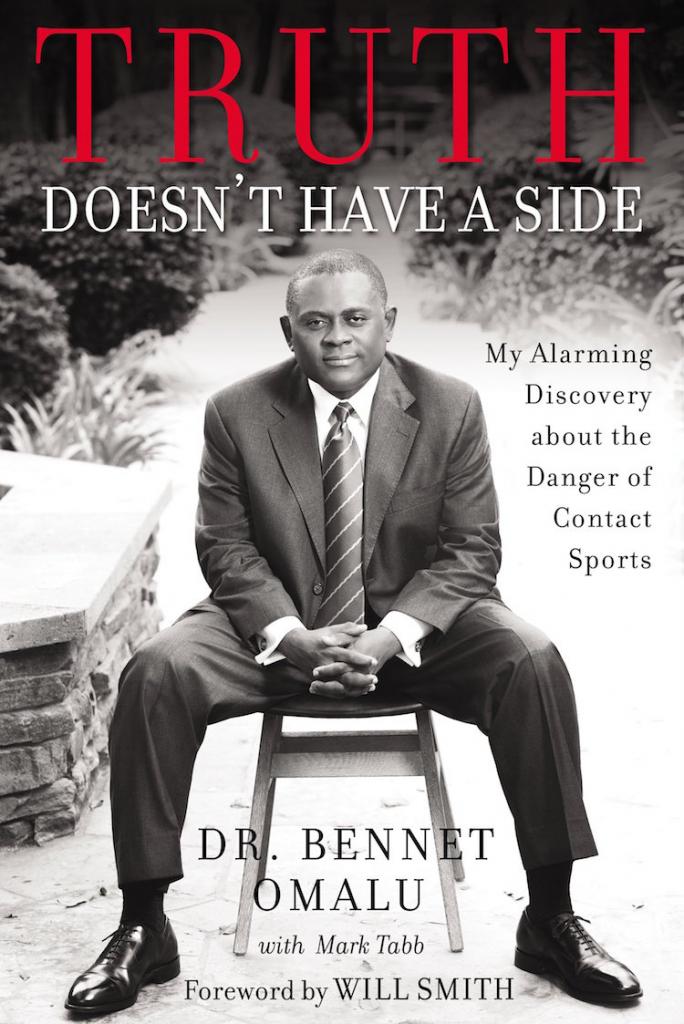 Everyone you meet has an affect on your life. Somehow, in some way, others change you. A stranger’s smile lifts your mood. Kindness makes you happy. An injustice spurs you to action, making you someone else’s change. Clearly, as in the new memoir “Truth Doesn’t Have a Side” by Dr. Bennet Omalu (with Mark Tabb), a chance meeting could alter your path.

Sometime toward the end of 2002, Bennett Omalu met Mike Webster. More specifically, Omalu met Autopsy A02-5214. That was Webster. It was a meeting that Omalu later said he wished had never happened.

Omalu was born in the midst of a bombing raid on the small Nigerian town in which his parents had taken refuge. Civil war didn’t last long but it left its mark: Omalu says he was always physically small for his age, due to wartime malnutrition, but it didn’t affect his mental abilities. Omalu’s father, a self-made man with a college degree, insisted that his children become educated; Omalu started school at age three.

He was an introverted child, a dreamer and “lazy,” but Omalu knew he could get good grades if he wanted them. The problem was, he didn’t want them, until an older sister enticed him with money. His grades rose and he became a star student who dreamed of becoming a pilot—but Omalu’s father had other ideas. He wanted another doctor in the family.

Unwilling to disappoint his father, Omalu entered medical school at age sixteen with an eye toward going to America. Med school revealed to him that he was uncomfortable with caring for living patients so, by the time he emigrated, he’d shifted his focus to a career in research. Later, he reached for a fellowship in pathology.

His first autopsy was unsettling, he says, until he recognized the humanity of the remains before him. As he does even today, he asked the deceased to help him understand. And then he met Mike Webster.

So you’ve seen the movie Concussion. You may have even read the book. So why read this one, written by the guy the other book and film are about?

If you’ve always felt that the book is better than the movie, you know why. In “Truth Doesn’t Have a Side,” author Bennet Omalu (with Mark Tabb) offers his own tale firsthand, with a different focus. Omalu tells readers more about himself, explaining how faith protects and drives him, and laying his success at God’s feet. This, along with his detailed story, gives a clearer picture of the man who confronted the NFL.

And that’s where the second half of this book takes you: to Omalu’s discovery, uncovery, his opinions and conclusions, and his battle for recognition, both in findings and out. It’s this second half that may disturb football fans. It may shock parents. It could change your weekends.

If you can handle that, then grab this elegantly graceful, informative bio-wrapped-in-science and have a seat. “Truth Doesn’t Have a Side” is good, so settle in and meet your next favorite book.