From his childhood in Colorado to the present day, Rusty Young’s journey embodies so much of the American spirit where patience and perseverance can achieve one’s dream. The remaining founding member of country rock band Poco is currently navigating the waters between two major milestones: the band’s 50th anniversary and the unveiling of his debut solo album, Waitin’ For the Sun, set for a Sept. 15 release on Blue Elan Records. The day before, he will appear with Poco at Manhattan’s City Winery for an evening of musical celebration.

To fans, Poco represents one of America’s best treasures. It’s an iconic country/rock group responsible for creating some of the best music in its genre and laying the groundwork for countless others who proudly point to Poco as a prime influence. Interestingly, Poco’s origins lie in another iconic American group, the short-lived Buffalo Springfield. Featuring Stephen Stills, Neil Young and Richie Furay, the level of talent (and ego) was such that the band was doomed to a very brief existence. For the band’s final album, Furay and producer/engineer/bassist Jim Messina enlisted the help of Young, an extraordinarily gifted pedal steel guitarist. He contributed his talents for Furay’s “Kind Woman”—a song that may well be the first true example of the country/rock genre.

With the demise of Buffalo Springfield in 1968, Furay, Messina and Young added bassist Randy Meisner and drummer George Grantham to the ranks. Poco was formed and the debut album Pickin’ Up the Pieces came in 1969. The band endured several personnel changes through the years. Meisner left in 1969 and was replaced by Timothy B. Schmit; ironically, both musicians went on to join The Eagles. In 1970, Messina left to form Loggins & Messina and was replaced by Paul Cotton. Frustrated by his lack of success compared with that of his former bandmates, Furay left to form Souther-Hillman-Furay in 1973. Still others came and went. Poco’s greatest commercial success came with its 1979 hit, “Crazy Love,” penned by Young, who also wrote several of the band’s best-loved songs, including “Rose of Cimarron.”

Speaking with me from his secluded cabin nestled deep in Missouri’s Mark Twain National Forest, Young shared some stories from his illustrious past as well as his plans for the present and future. 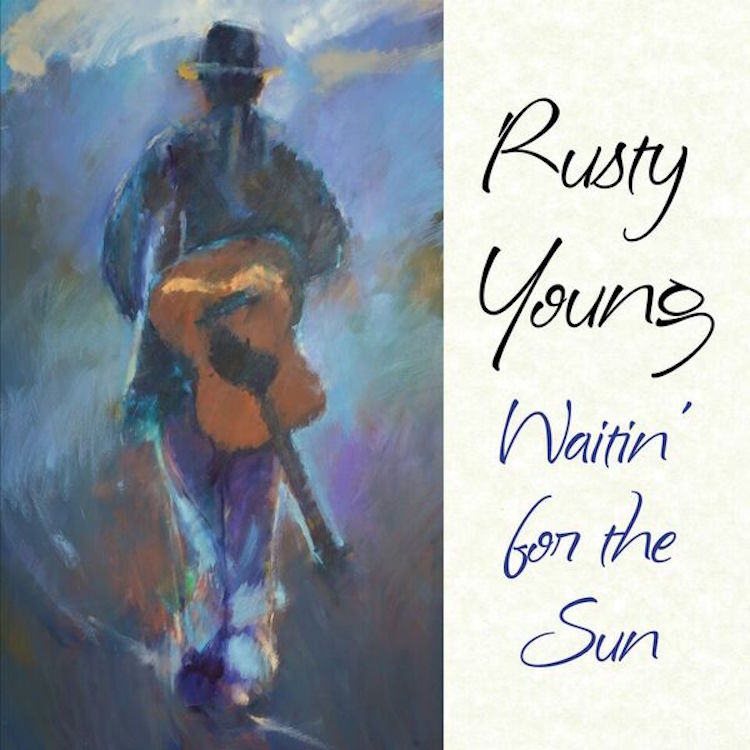 After 50 years and multiple opportunities to put out a solo album, why was now the right time?
Over the years, all the guys in the band have done solo records except for me…everyone who’s been through the band who’s a singer/songwriter has done that but I always focused on making Poco the best it could be; having the best musicians, the best quality of live show. At one point, I was playing with Jimmy Messina [when] Kirk Pasich, who’s the head of Blue Elan, came up to me—it was out in California—and said, “Have you ever thought about doing a solo record? I have a label, and we’d be interested.” Suddenly it just dawned on me that maybe this is my time, you know, how fate works and how fickle it is…maybe this is my time to do the solo record and certainly, this is toward the end of my career and if I’m going to do it, now would be the time to do it!

Music is certainly in your blood. Your grandparents were performing musicians, correct?
Well, my grandmother was a little red-headed girl, and she played piano. That’s how she met my grandfather. She played piano for the silent movies. Back in the old days they didn’t have sound for the movies; they would have a piano player in the theaters. They would just make up music that goes along with what they saw on the screen. And I think that grandma passed that “making up songs as you see them” onto me. My grandfather had a big band that played all the big resorts up in the Rockies in the 20s and 30s. I think they passed on a musical gene.

I understand that you began playing guitar when you were six years old, but because of the area where you were growing up, they started the kids on lap steel and moved them to the guitar in six months.
That’s true. This is 1952; it was a long time ago. They would have a giant classroom with 20 kids in it, and everybody played lap steel. I can’t remember if it was the first six months or a year. Probably because it’s easier for a little kid than to put his fingers on guitar strings and push down. With lap steel, you just hold a bar and you can make music, so they can teach you the basics of music before, and then you would move to guitar. That’s what everyone did.

You started gigging at 12 and by the time you were 16-17, you were going to high school during the day, giving guitar lessons in the afternoon, gigging at night, then going out to jam, coming home and sleeping for a few hours, then doing it all over again. How?
Yeah! [Laughs] Well, I was young, and I loved steel guitar, and everything revolved around that.

With Poco coming up on its 50th anniversary and the imminent release of your debut solo album, how do you deal with the juxtaposition of those major milestones?
I know—it’s pretty dizzying! I’ve been doing laps around the cabin [Laughs] and hopefully I’ll be in good shape!