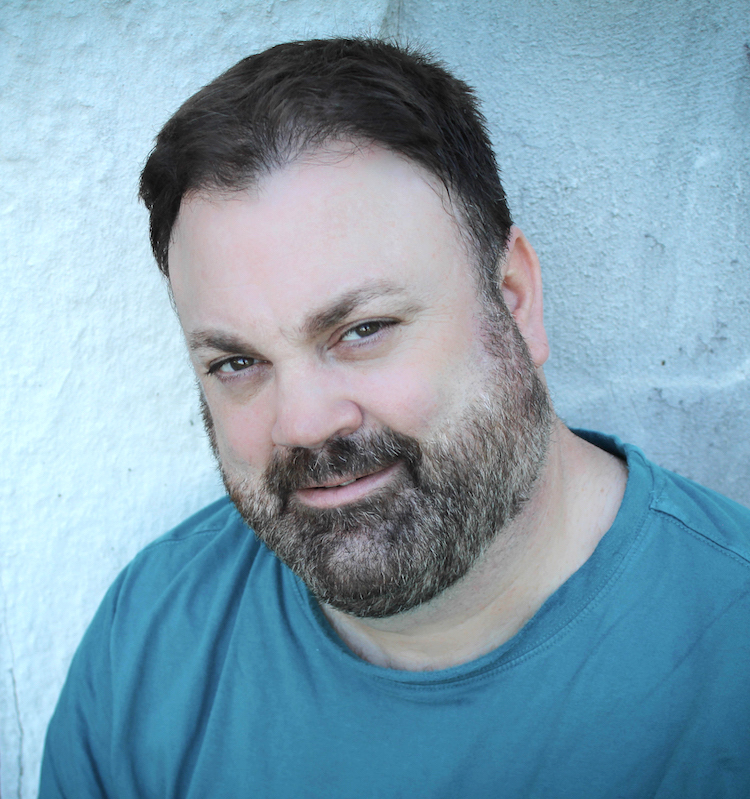 It was a typical Wednesday. Chris Roach was sitting at home when he got a call from John Trueson of Governor’s Comedy Club.

Right before he was going to be introduced to about 30 people in the audience, Roach spotted a funny fellow Long Islander walk in the back of the room. It was famous comedian Kevin James. The unexpected encounter was his foot in the door.

A few weeks later, Roach saw auditions were taking place for James’ new Long Island based and filmed show, Kevin Can Wait. One of the characters needed was “a giant, long suffering father of seven.” Standing at 6 feet 6 inches, Roach immediately called his manager to submit him for the role. He auditioned. A few weeks later, James and producer Rock Reuben called him to offer him the part.

“I don’t remember too much of the conversation but I said, ‘Thank you so much,'” he said. “I called my wife to tell her what happened and when she answered I think I just started crying like a baby.”

“Their chemistry is really something else; it’s extraordinary. They really make each other funnier,” Roach said. “It’s going to be a lot of fun.”

Before performing alongside James at the Paramount on Sept. 17, Roach spoke more about his big break, season 2 and what’s next for him.

You’ve been doing standup for over a decade. What made you want to get into it?
About 14 years ago I was taking a class at Dale Carnegie in Hauppauge—it’s a training course for managers. It reminded me that I had such a bad public speaking fear. We had to give like a two-minute presentation. To me that was like, “Oh my god!” Then I started adding humor into my presentations and that helped me relax a lot.

I always liked to make people laugh since I was kid. But sometimes when I was a kid, I would make somebody laugh and they would call a bunch of people over and say do it again and that’s when I would freeze up. Looking back I always had this performance anxiety. I saw in the newspaper an ad for a comedy class and I took it. I was hooked right away. I knew this is what I wanted to do for the rest of my life once I went to that class. Just being around other comedians. [There was a] camaraderie. We all got together like a couple of times a week at a diner and helped each other write jokes.

How were you able to kick your stage fright?
I’m still trying. No, I’m just kidding. It’s gotten a lot better. I always say my public speaking fear went from a fear of death to more of an excitement now. I compare it to being on a roller coaster…right before you are going down that big drop and you’re slowly ascending. And as you’re going up the roller coaster you are thinking, “What did I get myself into?” But then you come off the roller coaster and most people are like I want to get back on. That’s what comedy is like. You get offstage and you want to get right back on because it’s such a great feeling to make people laugh.

How are things on set of Kevin Can Wait?
Things on set are a lot of fun because I think Kevin created an atmosphere where people can just relax and feel at home. Everybody gets along. We are all friends and we will go out and do karaoke sometimes and go out to dinner. The production crew and the cast, everyone is like one big family.

Is Kevin James as funny off-screen as he is on TV?
People always want to know how he is in person. He’s just a really good guy. Maybe just a little shier than the character you see on TV or the movies, but he’s a really good guy with a big heart.

And season 2 is coming up.
I can’t give away too much. So far I think we are up to filming episode three. I was in episode two and I was a little worried at first how it was going to be with this new dynamic and the premise of the show changing. But after being there and seeing how funny it was, I’m really excited because it is very funny.

You also have a bunch of standup shows coming up. What jokes can we expect?
I just talk about married life. I talk about what it was like growing up with two brothers and a sister. [I talk about] my dad being a police officer and just making ends meet and some of the horrible vacations he would take us on like to Amish country when my friends were going over to Disney…For the most part it’s about family and my life.

Is there anything you think is off limits for comedians to joke about?
That’s a good question. I feel that if you’re going to talk about politics then that should be your whole act. Say I’m talking about my family and what it was like going to Amish country as a kid and then all of a sudden I bring up politics, you could lose the crowd very quick. There are political comedians and there are some comedians that go for the shock value; they’ll say something really offensive but their fans know that that’s coming…I think somebody once told me that if you could make at least 1 percent of the country laugh you’ll be very successful as a comedian because [somebody’s] humor is not for everybody.

What do you hope is next for you in your career?
In the future I’m looking to film my first hour comedy special with the hopes of putting it on Netflix, that would be lovely. I’m just hoping to continue my acting career. This is everything I’ve been training for with the standup comedy and going into the city for acting classes for years. I feel like being on Kevin’s show, all my training as a comedian and an actor, it’s all coming together. This is what I want to do for the rest of my life.