A cameo by an oft-lampooned former White House staffer. A big win for a Baldwin. The year’s biggest TV star, President Donald Trump, took center stage at the 69th Annual Emmy Awards, despite not being there in person (or winning anything, though that’s par for the course for Trump at the Emmys). Unlike the President during his Apprentice days, these Emmys 2017 moments were true winners last night.

During his opening monologue, host Stephen Colbert took a dig at the rather embarrassing turn of events that have impacted Senator Ted Cruz’s life in recent days. While talking about the rise of platforms like YouTube, Netflix and Hulu, Colbert said “Of course, these days, everybody loves streaming video. Just ask Ted Cruz.”

Former White House Press Secretary Sean Spicer took the stage towards the end of Colbert’s monologue to announce that this year’s audience was the largest to ever watch an Emmys. It’s likely not true—especially given it was against Sunday Night Football—but Spicer knows firsthand how unimportant facts are. So does his doppelganger Melissa McCarthy, who was in the audience (the CBS production crew was sure to remind however many people were actually watching multiple times during the short moment). Not everyone loved it, though. Aaron Blake from the Washington Post writes that lying to the American people is no laughing matter.

Flashback to a 2016 debate: Hillary Clinton reminded voters that Trump once claimed the Emmys was rigged when he won. He interrupted that he “should have won.” Well, he finally did—sort of. Not really. Long Islander Alec Baldwin picked up a statue for Outstanding Supporting Actor in a Comedy Series (The Clinton to his Trump Kate McKinnon, also a Long Island native, won an Emmy for her stellar SNL season). His first words, “At long last, Mr. President, here is your Emmy.” He went on to point out that he and his wife had had three children in three years before 2016, quipping that the orange wig was birth control. For more on what Hilaria Baldwin thinks of his Trump impersonation, see Pulse’s interview with her from earlier this year.

Early in the show, comedian Dave Chappelle joked that he missed rehearsals and was going to read whatever was on the prompter before giving a random shoutout to DC Public Schools. Later, when Last Week Tonight won for Outstanding Writing for a Variety Series, John Oliver decided to take things a step further, saying, “Like Dave Chapelle, I would like to unexpectedly thank DC public schools because I think it would be great if it started trending on Twitter for no reason tonight whatsoever. So if you’re tweeting about the Emmys at home, please use the hashtag #DCPublicSchools.” Not surprisingly, it instantly started trending and even the DC Public Schools account got in on the joke.

When Aziz Ansari and Lena Waithe won for Best Writing in a Comedy Series for Master of None, Waithe became the first black woman to take the honor. In her emotionally-driven speech, she heralded the LGBTQIA community, saying, “I see each and every one of you. The things that make us different, those are our super powers. Every day when you walk out the door and put on your imaginary cape and go out there and conquer the world because the world would not be as beautiful as it is if we weren’t in it.” 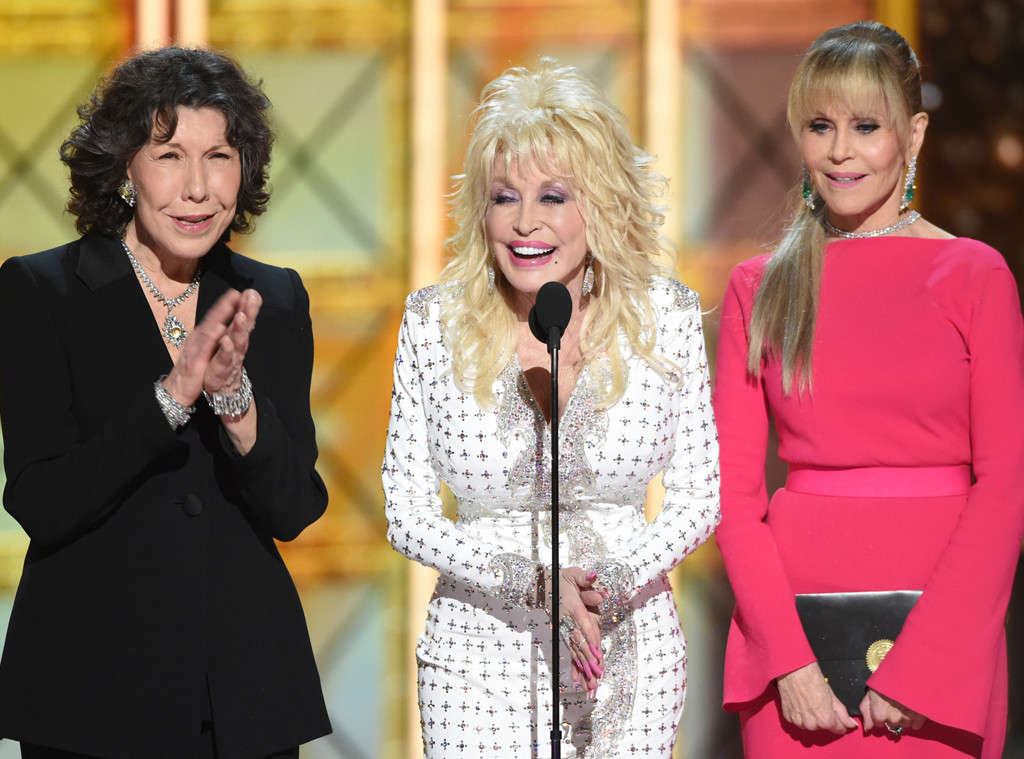 Sterling K. Brown, who plays Randall on 2016 breakout hit This Is Us, became the first black actor to win Outstanding Lead Actor in a Drama Series in nearly two decades. Before he could really make the audience cry (because that’s what This Is Us stars do), the orchestra started playing and they killed is mic. He did get one very meaningful line in, paying homage to Andre Braugher, the last black man to win the award. “Nineteen years ago, Detective Frank Pembleton as impeccably played by Andre Braugher,” Brown said. “It is my supreme honor to follow in your footsteps.” He finished his speech backstage.

You tell us: What were your favorite Emmys 2017 moments? Was Spicer’s cameo a yay or nay? Write to us on Facebook, Twitter or the comments below and be sure to follow Pulse on social media for entertainment news and views.