Decades after his father opened Pizza Barn in Yonkers in 1975, Angelo DeLuca felt it was time to spice up the corner shop. A night of brainstorming led to something huge—literally.

“I researched the Internet for hours and [realized] no one really made [a big slice of pizza],” he said. “I had the idea in my head of how to make it. I’ve been making pizzas my whole life so it’s not something that’s very hard [for me].”

Shortly after, a two-foot-long slice of pizza came out of his store’s oven. He asked his driver at the time to pose with the pizza slice and shared it on the restaurant’s Facebook page on June 2, 2016. It didn’t take long for the picture to blow up. Social media users and news outlet turned their attention to the small mom and pop shop in Westchester County. 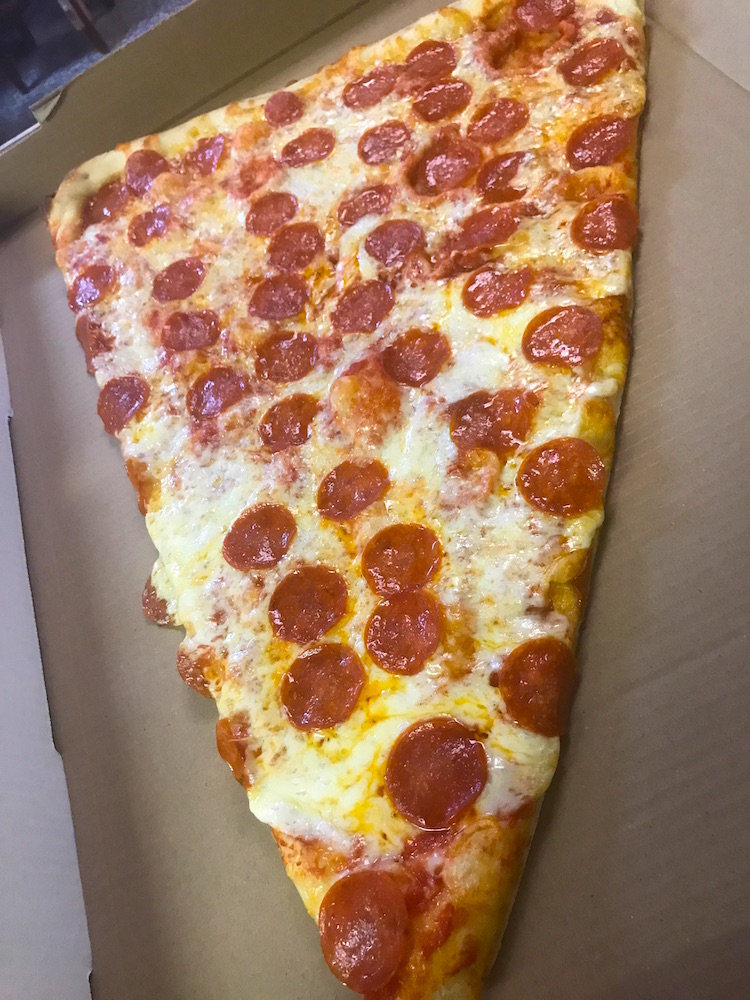 It took DeLuca several attempts to find the right measurements to perfect the two-foot-long slice. It requires a certain amount of dough (and a few more helping hands!), he said, to ensure the pizza slice doesn’t break. It also took him several months to get custom boxes made to fit the massive slice. “In the meanwhile, I was using two medium boxes and putting them together because people were coming to take them to go and I didn’t have a box yet.”

Now he proudly has it down to a science and has even added special toppings. There’s a mac and cheese slice, a cheeseburger one with eight beef patties, French fries and American cheese, as well as a penne alla vodka. The store just introduced a pig in blanket one made with hot dogs rolled in American cheese, two layers of dough, cheddar and mozzarella cheese. There’s even the new double stuffed one with two super slices on top of each other. (Prices range $11-$29.50.) 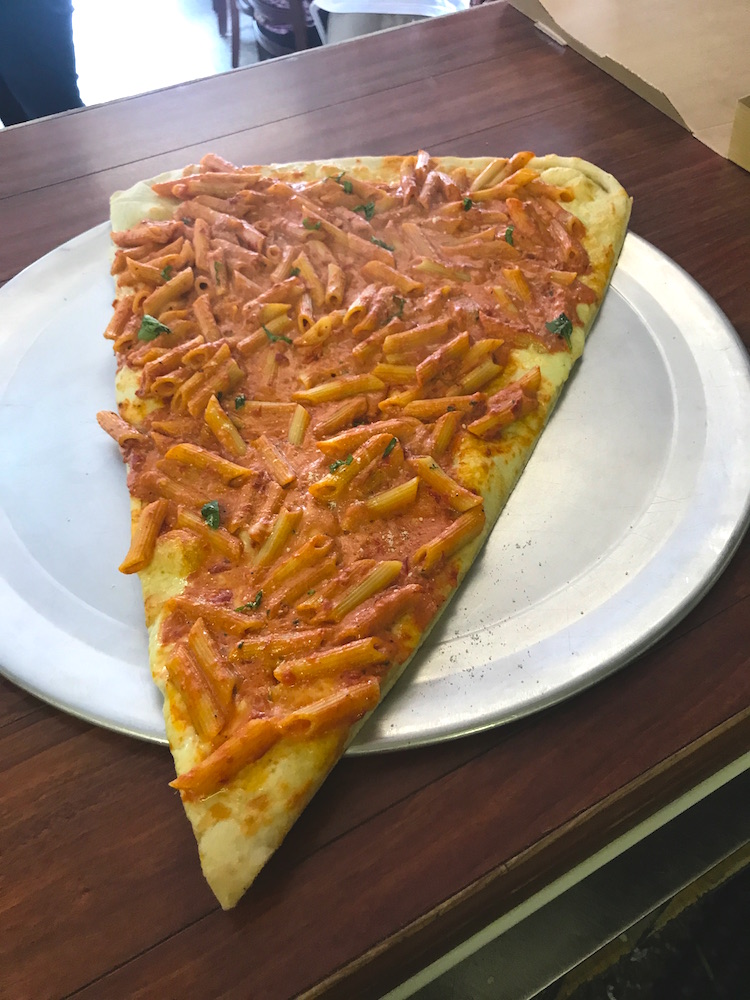 Some customers have managed the feat of finishing the giant slice. Others have a bit more trouble, but still make sure to take a photo for social media. “People are now coming from all parts of the country, all parts of the world…because they see it [online].”

DeLuca never could’ve imagined that his family pizza shop would gain so much attention. Since his father’s death 20 years ago, DeLuca said the business had its fair of though times, especially in the last eight years. The hard times encouraged him to think outside the foodie box and find a way to reinvent his family pizza shop.