Preparing food is often more science than art, but never more so than when dry aging meat, which involves variables like temperature, humidity level, the cut of said meat and of course, time. It’s all done to create the defining qualities of a great steak: taste and tenderness. During the process, moisture is removed from the meat and the desiccation causes a greater concentration of flavor (taste). Simultaneously, the meat’s natural enzymes break down connective tissue, creating a more delectable texture (tenderness). No one knows this science like chef Tim Eagan, who, instead of sourcing aged beef, learned to do it himself.

Eagan mastered this as the head of the culinary department at Pennsylvania’s Saucon Valley Country Club. “We brought in an instructor from Penn State, one of the guys who helped write the health code for the Department of Agriculture in Pennsylvania. I worked closely with him to develop a meat-aging room. I learned a lot about the sub primal cuts of beef, which ones I wanted to age, how to age them properly.”

Eagan was certainly busy at Saucon Valley: he helmed seven kitchens and managed 65 employees while cooking for hundreds of patrons nightly. “I was hands-on. I would pick the event or kitchen that was busiest. If I had a wedding for 250 going on in the ballroom, I had my other kitchens operational. I would handle the event and go back to the busier kitchen and then expedite or get on the line.”

At Bellmore’s Crown Gastropub, the scale of the operation has curtailed but the care, preparation and execution of each dish is precisely the same.

Eagan grew up in Babylon but spent summers on his family’s farm in Cazenovia, just outside Syracuse. “My grandmother used to have a garden and I was raised with three sisters so there was always a lot of cooking going on in the house.” This instilled a culinary passion that led to a progression of jobs at delis and restaurants, culminating at Oyster Bay’s Mill River Club. “I had done some prep work there and I said, ‘Boy, I need to go to culinary school.’” He enrolled in the New York Restaurant School and completed his internship at Manhattan’s Montrachet under famed restaurateur Drew Nieporent. 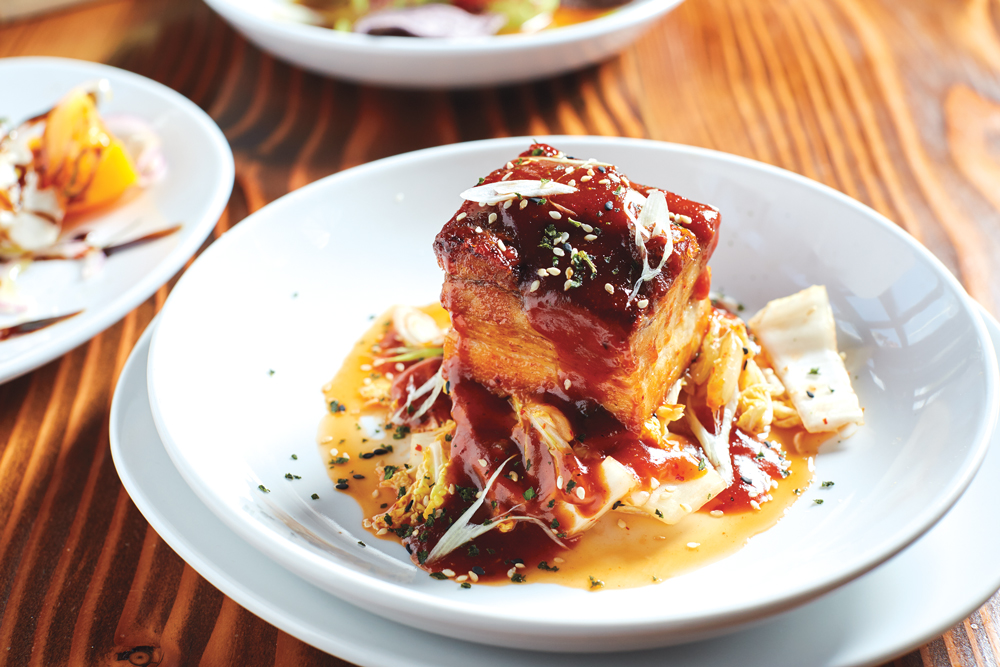 Eagan finished his education at London’s Le Cordon Bleu before returning to work for Nieporent, first at East Hampton’s Della Femina, then at the acclaimed Tribeca Grill. “Drew was an amazing operator. He made you feel important even if you were just the salad guy. You worked hard and it paid off because he would keep you under his wing and once I had enough experience I was able to make the jump and get a chef’s job.”

This stage in Eagan’s career provided monumental tutelage for a young chef. “I was around a lot of talented serious individuals back then. For your first moment in this career to be under chefs that are very professional and are very talented, it leaves a lasting impression.”

When Eagan and his wife wanted to buy a house at the peak of the real estate market, they settled in the Lehigh Valley, which would allow Eagan to still work in either New York City of Philadelphia. He wound up just three miles away at Saucon Valley. After eight years, his yen to return home was satisfied when longtime friend and seasoned restaurateur Gerry McClorey called with an opportunity to launch Crown. “Gerry found this spot that was a hardware store for at least 70 years…He saw the space, the high ceiling, some natural light coming in and he said, ‘Lets do it.’ And we decided to open a restaurant together.”

With Eagan’s meat-aging expertise in mind, the duo settled on a steakhouse concept but quickly changed course. “There’s some fantastic steakhouses on Long Island and there’s a lot of them…The community has spoken and said we aren’t right for an expensive high-end steakhouse…We decided to change conceptually mid-way through the first year and go gastropub, which is much more approachable. You can come in here and feel comfortable and it is not overwhelming when you get the bill where you spend $65 for a steak.”

The gastropub concept offers an upscale bar menu coupled with an extensive array of whiskeys and everything from Scotch eggs and crab cakes to shepherd’s pie and soba noodles (Eagan even makes his own desserts). “I am here everyday. You really have a real chef who cares about everything that leaves that kitchen. I’ll cook anything, I’ll take you anywhere from French fine dining to gastropub…if there is something that you want that you don’t see on the menu, I can always whip something together.” 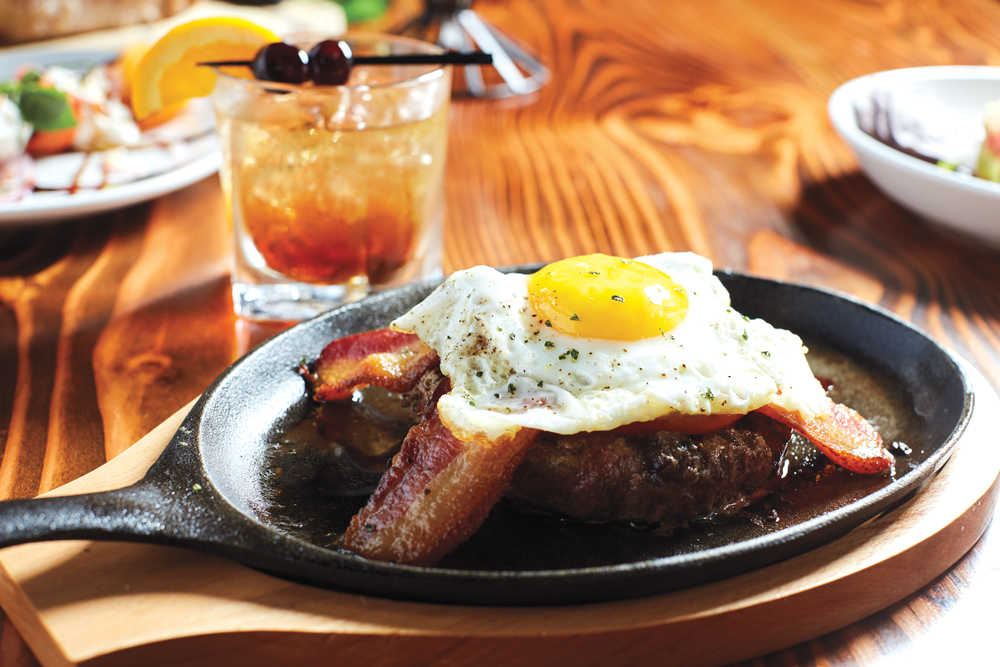 Additionally, the other half of the gastropub concept—the spirits—keeps Eagan on his toes. “We did some whiskey dinner tastings. It’s nice for me, it’s nice to keep yourself challenged and learning about whiskeys and bourbons and ryes is just amazing. I am not much of a drinker but when I taste these it’s amazing. I think, ‘This can go with oysters, or short rib or pork belly.’”

But don’t believe Eagan has left his steak-cooking prowess behind—hand cut steaks are the jewel of Crown’s menu. “I still age meat. I still do all of my cutting here. The people that came here initially that loved the steakhouse concept know they can come here and still get it. If someone sends word to the kitchen, ‘Hey, does chef have any porterhouse?’ I’ll go down to the bandsaw and I’ll cut steaks for them. Kansas City’s, T-bones, anything they want. We are here to please. It is the service industry. We are here for the customer. That’s where my heart is.”