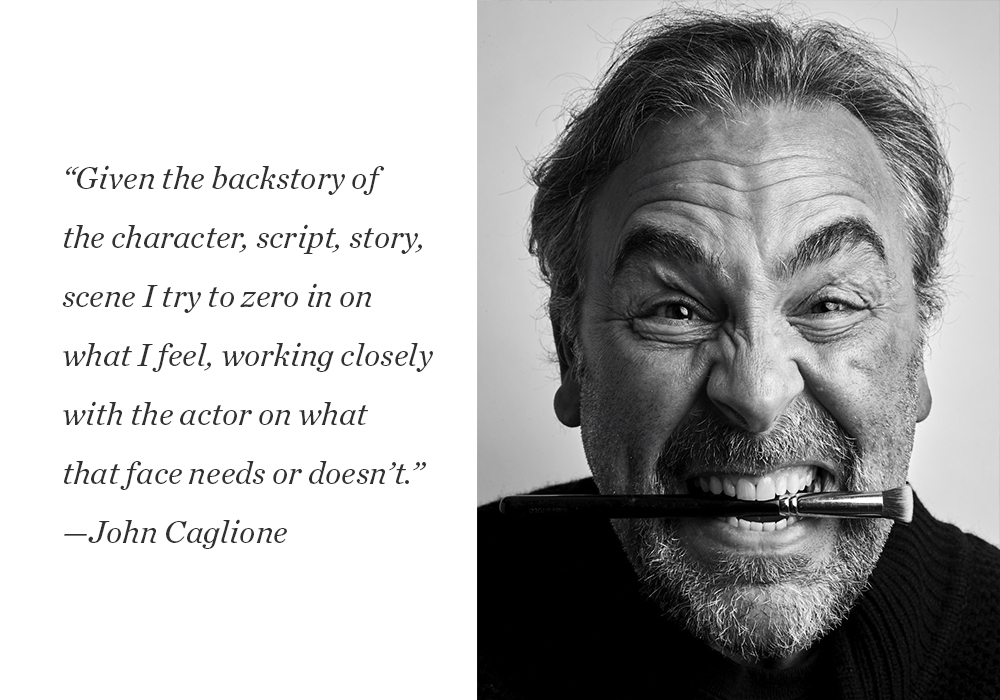 John Caglione Jr. won an Emmy Award for Best Makeup for his work on Al Pacino in the HBO movie You Don’t Know Jack. Who better than to borrow expert makeup tips from? image: bruce soyez-bernard

Makeup artist John Caglione Jr. is legendary for his show-stopping transformations. His delicate brushwork is responsible for beautifying some of the most iconic Hollywood faces on the big and small screens. His special effects work gave the world a different view of Heath Ledger, helping him embody the gritty Joker in The Dark Knight—a role that would earn the actor a posthumous Academy Award for Best Supporting Actor. Caglione’s work also won him an Academy Award for Best Makeup for Dick Tracy.

Forty years after entering the business the Mount Sinai resident is still enjoying every facet of makeup design—from applying eyeliner and lashes to leading ladies like Jennifer Connelly to sculpting and molding the prosthetics that bring movie magic to life.

Caglione is currently working on an HBO Films upcoming drama but recently took time out of his on-set schedule to share his transformative makeup tips.

Why did you choose makeup as your medium? How did that start for you?
In a serendipitous way it chose me. In the crib I was blinded from the spotlights my dad painstakingly set up—he was an amateur film nut. On many Halloweens my parents would spend hours doing makeup on us. This was so much fun for me, my brother and sister. I was a shy kid but when the makeup went on I found a certain freedom in becoming another person. The makeup artist who turned my head the most was and still is Dick Smith. As a youngster I took notice of a hyperrealism in Dick’s work that the others didn’t have. I was hooked.

What has Hollywood makeup taught you about everyday makeup?
Being a Hollywood film makeup artist has taught me to look at a particular face. Then given the backstory of the character, script, story, scene I try to zero in on what I feel, working closely with the actor on what that face needs or doesn’t. That’s always a good challenge for me and one of the key things that still gets me excited about the craft [40 years later]. 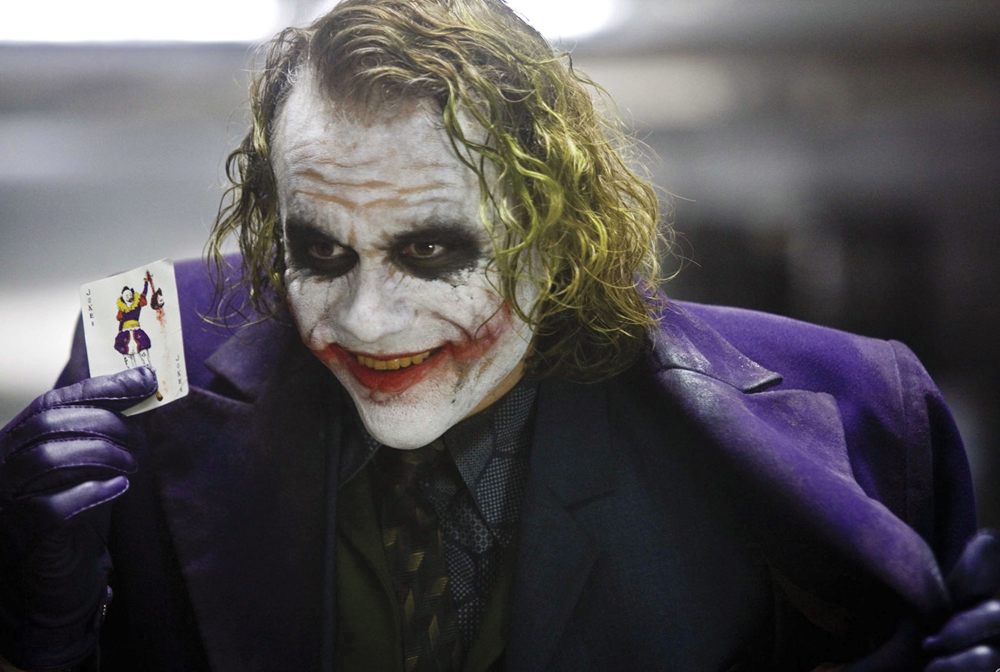 How do you choose on-set makeup?
I work with the actresses. British actress Andrea Riseborough, who I worked with on a TV show called Waco [due out this November], turned me on to Vapor. It’s organic makeup. She’s allergic to a lot of things so we turned to this foundation. It’s light, it’s a bit luminous.

Is this different than how we mere mortals should choose our products?
I choose products all of us mere mortals can get our hands on. I use products by Armani, By Terry, Dior, Chanel, Clé de Peau and so forth. As shooting progresses, I’ll make adjustments as to what particular products may work best. When I work with an actress, I always ask what makeup and skincare products she prefers, then work it all into the mix.

What is your approach to the application? What is the process?
Millimeters are miles in makeup. I learned that in beauty makeup and it transfers to character and prosthetic makeup. If I am sculpting prosthetic makeup where someone has to wear a nose or a facial piece, I’ll start out with a small casting of clay and work minimally. I start small: eyelash curler, mascara, Dior liner…I build from there.

What is the most essential tool in your makeup bag?
An eyelash curler—you have to have it. If you don’t have that on the table, you’re in trouble. Kevyn Aucoin makes a great eyelash curler. I also have a Shu Uemura—I use that one a lot. I did a film years ago with Kirsten Dunst. We had to do 50s makeup on her and I was ready to do the big doe eye liner and she said, “Johnny, why don’t you just curl my lashes and put on some mascara?” It was an epiphany. Something so little did so much.

What brushes are in your bag?
Brushes are so important for application. MAC has a good line of brushes, particularly foundation brushes. There’s a company called Sigma that has another great line of makeup brushes and tools. It’s important to crush liner into the lash line so there’s no gap. That’s when a good eyeliner brush comes in handy—it works the liner in for a clean look.

When applying makeup, what part of the face do you start with?
The eyes. I won’t even start with a foundation unless the actress really wants it. I’ll curl the lashes, I’ll add mascara—I usually use Chanel mascaras. I’ll creep into the application. I start with the eye because a lot of eye makeup falls onto the face. It’s easier to clean skin without foundation on it.

Speaking of foundations, what are your favorites right now?
I love liquid foundations. I use a lot of Armani. The Luminous Silk Foundation is incredible on film. They also make a lighter weight foundation called Maestro by Armani. It gives the skin a warm and dewy look. And it feels good. Most actresses like wearing it. We shoot for 12 or 14 hours a day and the Armani lasts. If something happens during the day it’s an easy touch up.

Do you prefer to use your fingers or specific brushes when applying foundations and concealers?
I use my fingers to work in foundations or work underneath the eyes. For certain foundations brushes are great, but it’s really a combination of both. It’s important to clean the brushes with a 99 percent alcohol cleaner. I get mine from Frends Beauty—they have everything. 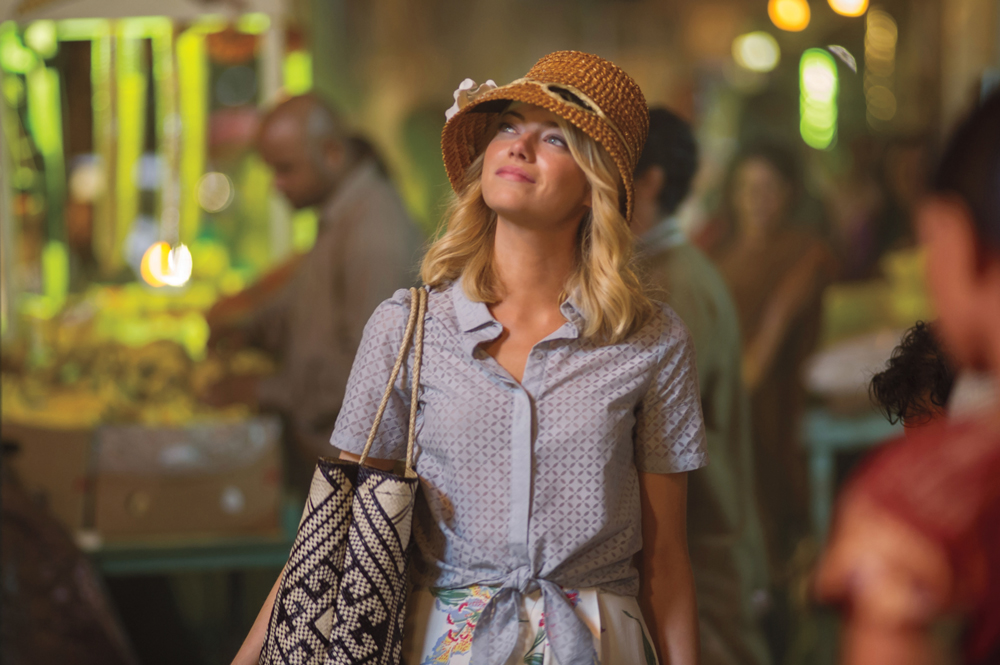 What fall makeup trends are you seeing?
Eyebrows are always in style. It’s a mainstay because it frames the window into your soul. I would start out with pressed powder and just kick it with an eyebrow pencil to give it some dimension—it just takes a few strokes of the eyebrow pencil.

What’s your number one beauty tip?
Don’t clean your face with acetone! I believe in the less is more approach. Eat right, stay hydrated and take care of your skin everyday. When it comes down to it—for everyday people or actors—makeup is about feeling good. If you look in the mirror and like what you see then you’ve done the right thing.