With the title The Mayor, it’s obvious politics are involved. But the new show set to air on ABC in October puts a different spin on the government. It centers around Courtney Rose (Brandon Micheal Hall), a young aspiring rapper who decides to run for mayor of the fictional California city Fort Grey. No, he’s never dreamed of leading the people; Courtney simply wants to garner attention for his next album. The plan goes awry when he actually wins.

“He may not have had the best intentions going into it, but when he was presented with the opportunity to show responsibility, he took on that task,” said Bernard David Jones starring as Jermaine LeForge.

Jones, a New Jersey native who landed his first role in Tyler Perry’s TV series Meet The Browns in 2009, said he was immediately drawn to the project. “My agent sent over the script and I was like, ‘I need to be a part of this.'”

The humor is on point if the pilot (available on ABC’s website) is an indication. The cast likable. And the topic timely. As political tension continues to rise, The Mayor sends a hopeful message.

“I would love for people to come in open-minded. Our show is nonpartisan,” said Jones. “We just present what our world is. I hope that people will relate to that, gravitate to that and will love it.”

Eager for the Oct. 3 premiere, Jones said he plans to watch with co-star Spears (Hall will be out of town), friends and good food. The actor also spoke more about the show, the rapper he thinks actually has a shot at politics and his unexpected dream role.

The Mayor is premiering very soon. Why should we tune in?
Our show has a new fresh perspective on politics. I think that people are really going to enjoy the characters. Jeremy Bronson, our writer, has written some amazing characters. The cast is great…We are bringing the funny every Tuesday night. And I think people will really just connect with this kind of fish out of water story.

You mentioned politics and this show is definitely coming at a time when there’s a lot of tension. Is there a message that viewers can take away?
Yes, definitely. Our show is so rooted in the theme of love and community and unity. I think that people will really take away from this story the fact that if they make a choice to do something, they can actually make a difference.

And what about your character?
I play Jermaine LeForge, who is one of Courtney’s best friends that he grew up with. And I have a job in the mayor’s office; I play his director of communications. The thing that I love about Jermaine is that he really loves his family and his friends. It’s not your typical family, it’s a little bit different (his family is his two best friends T.K. and Courtney and Dina who plays a mom figure in all of our lives). But he loves them and I think that’s what’s really important. 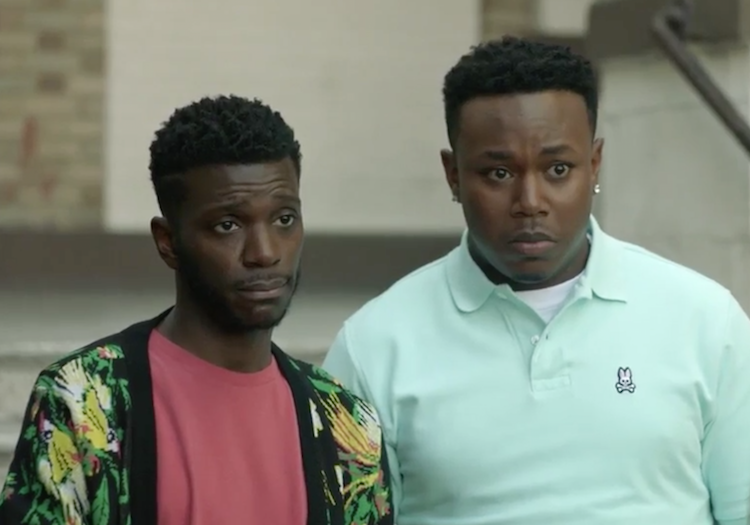 Did you learn anything from working with the seasoned actors attached to this project like Lea Michele and Yvette Nicole Brown?
Lea Michele is a professional. She comes in and she does her job and she does it so brilliantly. And I’ve been able to just take notes, watch her and just learn so much from her in that aspect. And Yvette who is also a professional hands down, comes in, she does her job and she’s amazing. But she’s also like the big sister of the set. She makes sure that everybody is good, that everybody is taken care of. She gives great advice.

What kind of advice?
When we go out with Yvette, everyone loves her so much. I was like, “Yvette, I hope that one day people will love me like they love you.” And she said, “They will. Lead with your heart and be yourself.”

Now, if this show was real life, which rappers do you think could actually have a career in politics?
I think Chance the Rapper would be an amazing mayor of Chicago…I would love to see Chance take that city and revitalize it. I think it would be great. He is the best! And I mean Kanye [West] could be president. He’s running! [Laughs]

Sounds like you’re a big Chance the Rapper fan?
Oh, I love Chance. I love not only his music, but I just love what he stands for. I love how he uses his platform because I think that’s super important. When people get a platform I really respect when they use it to make change and to promote positivity.

What’s your dream role?
This is going to sound really weird but I’m going to say it anyway. I would love to play the oldest living vampire in any movie or TV show, but look younger than everybody. [Laughs] I could have so much power. I just raise my hand and everybody dies.