Fall is always beautiful in Washington, DC, but now there’s another reason besides the weather to hop onto the Acela in October. The Wharf, the largest waterfront development in the whole country, is officially opening on Oct. 12.

The mile-long, mixed-use neighborhood runs along DC’s southwest waterfront, and boasts more than 20 restaurants, a 6,000 capacity music venue, four apartment buildings, parks and the city’s only office building built on a pier. The Wharf consists of 24 acres a couple of blocks south of the National Mall. (To put that in perspective, the entire South Street Seaport is four acres.)

Despite its proximity to the Potomac River and other waterways, our nation’s capital has usually been thought of as a museums-and-monuments vacation, not exactly a place for kayaking, paddleboarding and sailing lessons. Those are all things visitors will now be able to do, along with strolling a riverside promenade.

The food concepts are being run by DC’s buzziest chefs, and they range from casual eateries to elegant dining on the waterfront: Del Mar by Fabio Trabocchi, Requin by Mike Isabella and Hank’s Oyster Bar by Jamie Leeds, most notably. Music venues include The Anthem, Pearl Street Warehouse and Union Stage. 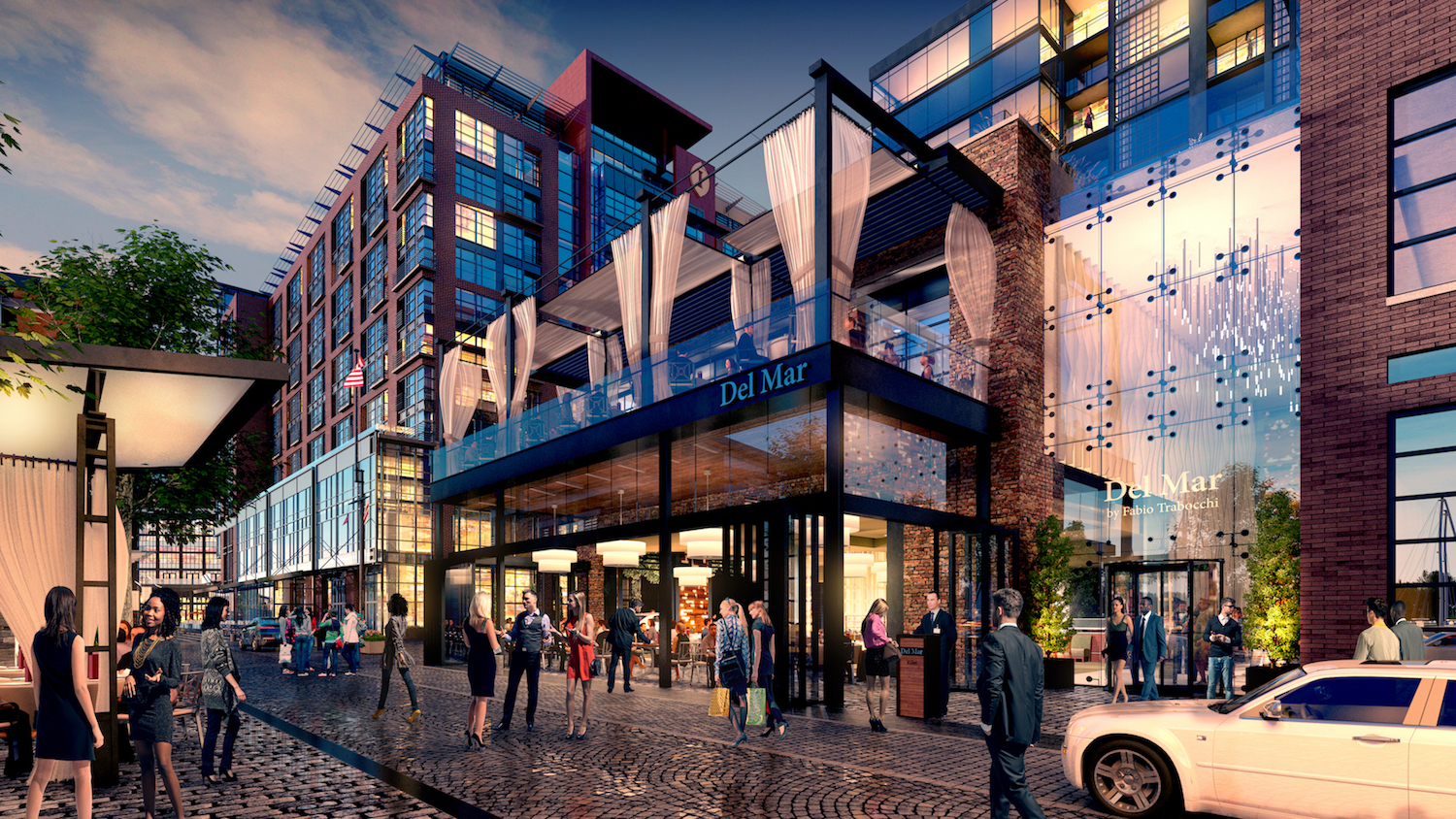 The Wharf’s Kickoff Celebration will host more than 50 bands and performers, and it begins Thursday, Oct. 12 and runs through late Spring 2018 (when the restored and expanded 200-year-old Municipal Fish Market opens its doors).

It all starts with a waterfront ceremony on the morning of Oct. 12 on District Pier. The ceremony will be followed by live music and entertainment. The day culminates in a headliner happy hour concert by The Bacon Brothers, the “forosoco-folk rock soul country” band made up of Kevin Bacon (yes, that Kevin Bacon) and his brother, Michael. The Bacon Brothers Concert and all outdoor waterfront activities are free to the public.

Other performers participating in the opening weekend include many from the DC region, including Howard Gospel Choir of Howard University, Batala Washington, Gay Men’s Chorus of Washington, White Ford Bronco, GoGo Gadjet and Pebble to Pearl.

There will be plenty for families with kids to take in as well, including stilt walkers, face painters, muralists, magicians and The Wharf’s signature waterfront fireworks. 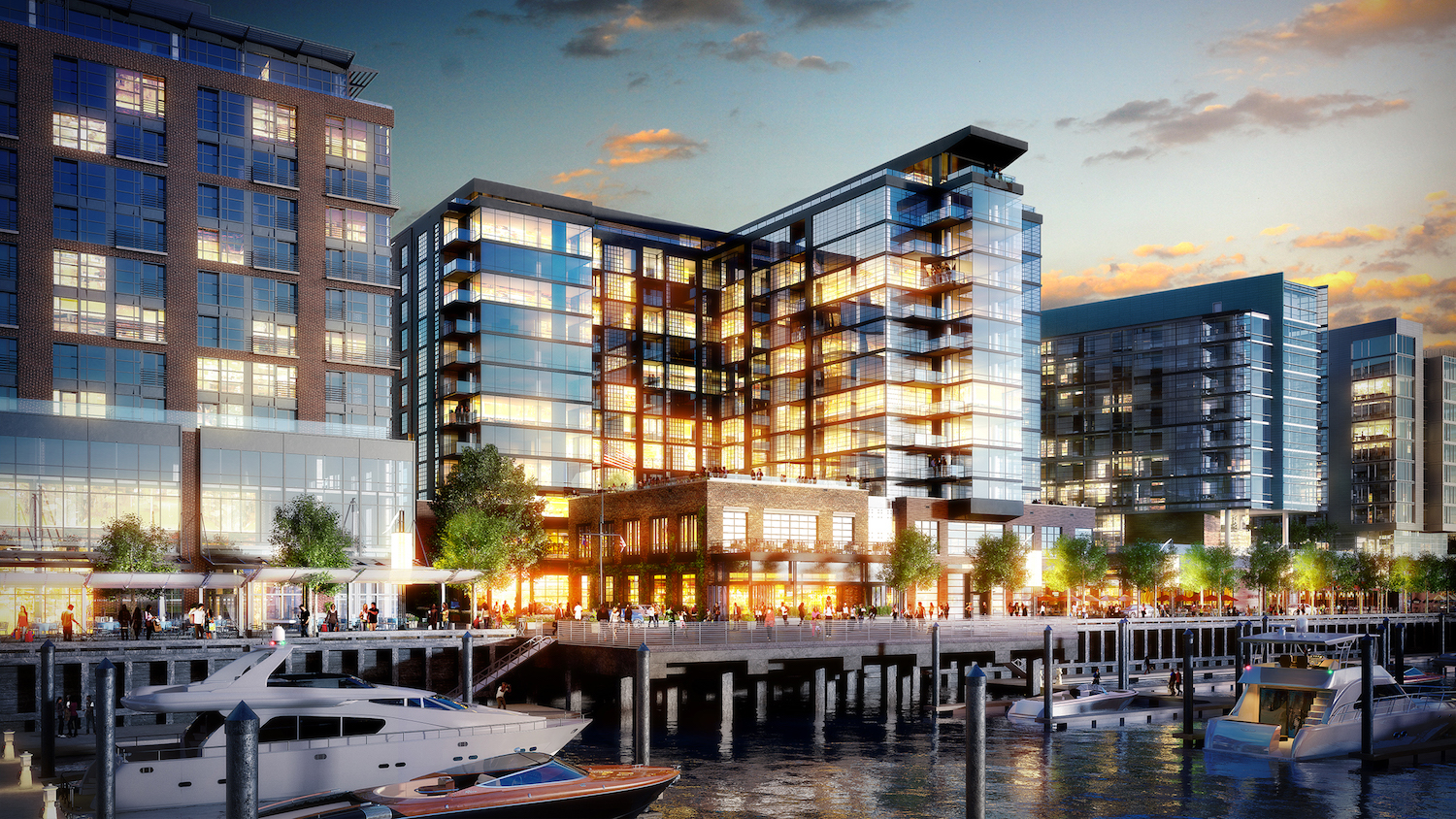 Brand-new transportation options are starting up on Oct. 12, too. They include the free Southwest Shuttle with stops at The Wharf, National Mall and L’Enfant Plaza; the free Wharf Jitney that will ferry folks from The Wharf to East Potomac Park and back; and a regional water taxi operated by the Potomac Riverboat Company, which will make the area easily accessible from Maryland and Virginia. Coming in early October is a District Wharf app for all platforms. It will deliver a live news feed, a directory and real-time transportation updates.

The Jefferson, a 5-star boutique hotel, has been in the historic Beaux Arts design building at the corner of 16th and M Streets since 1955. The building itself has been standing since 1923. Plume, the on-site dining establishment, was recently named the only five-star restaurant in DC by Forbes. Both European and Washingtonian in style, the property imbeds tributes to the city’s iconic past throughout. The feeling of stepping back in time—fostered by private nooks and book rooms with leather-bound volumes signed by prominent authors who have also been guests and original historical documents, including some signed by Thomas Jefferson—is a refreshing foil to the modern-day fun of The Wharf.