Few musicians can say they regularly performed with late jazz legend Miles Davis while simultaneously being the source of inspiration for popular electronic dance music artist Skrillex. But Herbie Hancock, now 77 years young, is an exception to that.

Hancock, the legendary Grammy-winning pianist performing Oct. 6 at the Tilles Center for the Performing Arts, continues to dazzle while pushing the creative envelope both in the studio and in concert. And seven years after his last studio album The Imagine Project, the musician is hard at work on a new effort.

“I’ve been working on it for now for almost two years,” Hancock said with a laugh from his Los Angeles home. “My new album is getting to be my old album even before it’s released.”

The artist, perhaps best known in the pop music world for his 80s hit “Rockit,” said he’s beginning to see a bit of light at the end of the tunnel for the record but still has some work to do.

“I really kind of carved out time [to work on it],” he said. “I didn’t really tour. I’m touring now because when you’re not touring then who’s going to pay the bills? I’ve been touring since July and we’re going to go all the way through November.”

The warm and genial Hancock discussed the genesis behind the new album, the Los Angeles jazz scene and one of his fondest memories of Long Island which holds a special place in his heart.

What was the biggest challenge of making this forthcoming record?
I started off not knowing at all what I wanted to do. From working initially with [experimental artist] Flying Lotus, and kind of hanging out with him and some of his friends, a certain kind of idea came into focus. Also it came into focus because of a suggestion by him of me listening to [Kendrick Lamar’s 2015 album] To Pimp a Butterfly. He said it was an important record. It absolutely was an important record but I didn’t know it when I initially heard part of it because of some previous opinions and I kind of had my shield up in a way. As soon as I dropped that, it blew my mind.

The guy is brilliant. What he had to say was fantastic. And it’s positive stuff. He tells the truth and it’s an unadulterated truth. It gets right to the heart of the matter and also it allowed me to hear what’s also happening with the arrangements and so forth. It’s so well conceived but completely different from anything else that I kind of brought into my sphere. I was just excited listening to that and inspired by it.

What’s the music scene currently like in Los Angeles?
There’s a whole new element of a jazz scene with young people that is happening here. It’s mushrooming; it’s starting to not just grow here but its effects are being heard and felt around the globe which is great. It’s like a whole new possible renaissance for jazz. And people like Kamasi Washington and Robert Glasper and Terrace Martin are right at the helm of that. 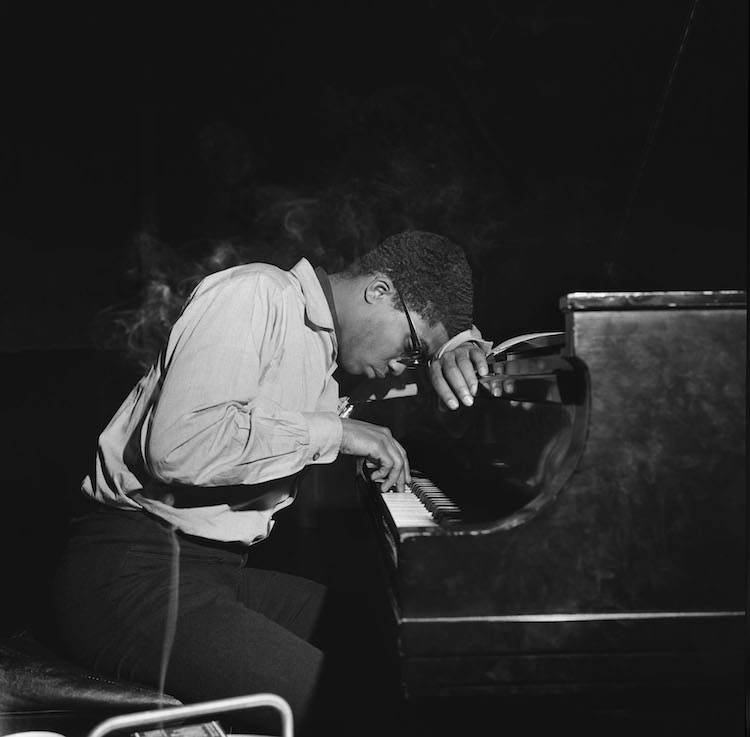 Speaking of Robert Glasper you also recently appeared at the Help Houston Heal Benefit concert with him. What was that like?
I did that! As a matter of fact it was down the street about a quarter-mile from where I live [at] The Troubadour. Backstage was filled with people! They must have had 80 people back there and [laughs] we felt like sardines back there. But the place was packed and the people were totally into everything.

Do you have any fond memories of performing in Long Island?
The first thing that popped into my mind was years ago when I was still playing with Donald Byrd in New York. This may have been 1961 or 1962. It was [trumpeter] Clark Terry who got a hold of me to play this gig in Long Island at a kind of bar and grill. I don’t remember the name of it now but it was a gig to play behind a young Italian singer. He worked his way over on a boat and he got this job at this club. He met an [American] girl on this boat and they really hit it off. The singer married the girl and they had kids many years later…But I remember playing this gig and we had to play “Ciao, Ciao Bambino” and there were a lot of Italian hit songs that were big in America at that time. It was really cool…It was a fond memory especially, not only for them, but because it was really the first time I got to work with Clark Terry. There’s a place in my heart for Long Island…[And] when I did [1968 studio album] Speak Like a Child, the album cover was a silhouette of this couple in the background. It’s actually my girlfriend at the time and she’s now my wife…Next year we will have been married 50 years. That’s the cover for Speak Like a Child. It was taken in Long Island.