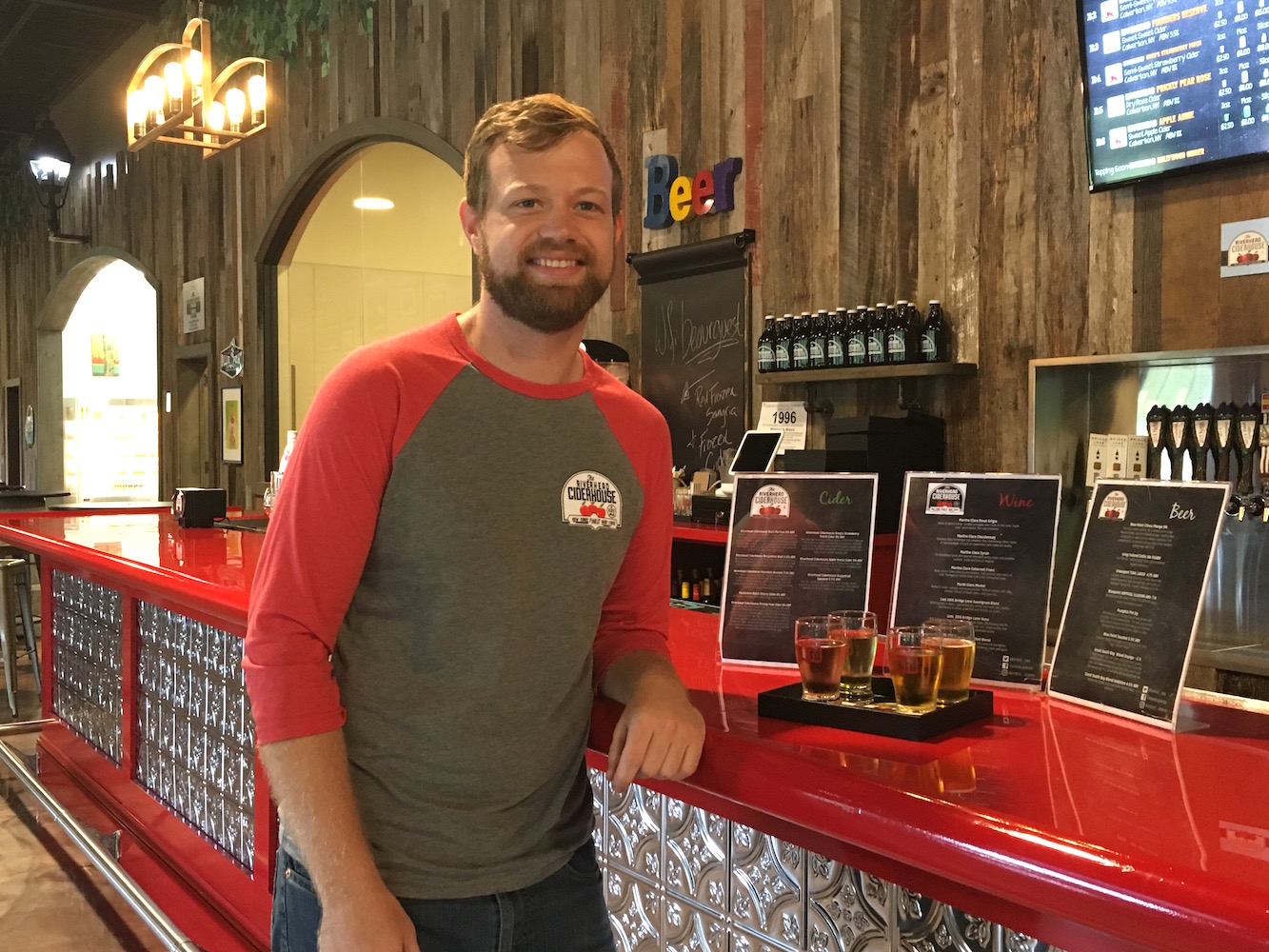 Something is buzzing in Riverhead and this time, it’s not the wineries or Briermere Farms. Riverhead Ciderhouse opened in March and has become a North Fork destination in a Long Island minute. It’s been such a sensation, cider master Hauppauge native Will Loughlin said he needs 15 kegs to get through the weekend. The original goal? Four or five kegs per weekend. I sat down with Loughlin to talk about Riverhead Ciderhouse’s quick rise and why when life gave him lemons, he decided to make cider.

You’re currently getting apples from upstate. How is your own orchard coming?
The trees aren’t mature enough to bear fruit. Within the next three years, we’re hoping to get a first batch.

Riverhead Ciderhouse became an instant success. Why do you think that is and did you expect it?
We thought it would be tough at first but there’s a good buzz going. We didn’t do a lot of marketing. It’s been a lot of word of mouth and social media.

How would you describe the vibe at Riverhead Ciderhouse?
We try to have it more of a laid-back atmosphere. It’s not stuffy. You don’t have to get dressed up. You can come with your family, sit down, hang out and listen to music on the weekend and get light food like pizza or a pretzel.

In addition to ciders produced by Riverhead Ciderhouse and local establishments like Wölffer, there’s Long Island wine and beer on tap. Why did the ciderhouse decide to feature other producers on the menu?
The local idea is great. We wanted to have a good partnership with the wineries out here. It’s a close group. The only thing with wines is that we are not pouring out of bottles, so we’re going with people who have kegs. That’s why we have more Lieb and Martha Clara.

How did you get into making cider?
It started 9 or 10 years ago when I found out I was allergic to wheat. I loved beer. I used to go to breweries and then I was told I couldn’t drink it. Then I got into ciders, home brewing. I knew people who were the owners here. I apprenticed under Greg [Gove], who had been working here [and is now a consultant].

What is the process of making cider like compared to making beer?
It’s close. With beer, you have hops, barley, water, malt and wheat. With cider, you have apple juice and add the yeast to it. It’s just a different starting vehicle.

Do you still miss beer?
Oh, I miss beer. I used to love IPAs and there are hop ciders but it’s not beer. Even the gluten-free beers out there are not beer.

What’s your favorite cider right now and why should we like it too?
It’s between the grapefruit or prickly pear. I like a little less sweet. The grapefruit is refreshing. It’s all I drank this summer. The prickly pear is a little less sweet, more on the tart side. The upcoming cranberry is going to be awesome. It’s tart. It has some sweetness because of the apple. It’s like ocean spray cranapple juice.

What makes for the perfect glass of cider?
A good mix of dry and sweet. Something too sweet you can’t drink a lot of, something too dry you’re like, “Ehhh.” This style is also really great to have with hot wings.

Speaking of which, what food pairs well with cider?
Anything that comes with apple anyway like pork go well with it. But I love hot wings with cider because it’s so much easier to drink than beer, which could be dangerous, because it’s like you’re drinking juice.

What are the three things on the North Fork a visitor has to do?
I feel like you have to go to Briermere Farms. For pie, you can go for classic apple but they have cream fruit pies that are amazing. Also, apple picking and finding a good place to get a hot cider.

Do you have a favorite place to get hot cider?
Hopefully us.

Hard hot cider or regular?
We’re thinking of doing both.

What else makes you excited for fall and year two?
We’re going to try to do some new ciders. We already added cider donuts onto what we’re doing already. We’re not focusing too hard on an end goal but more figuring out what we’re doing and getting better.