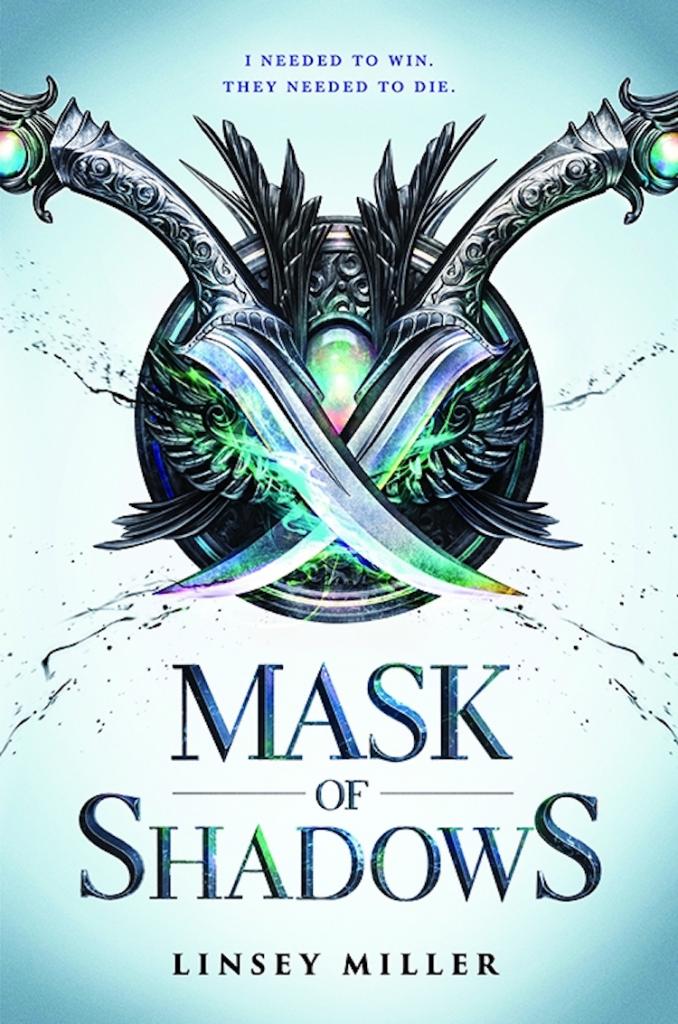 Your someday-dream job is not for wimps. That’s truth: it’ll be real work and you’re prepared. You know it’ll take training, which will take time. You’ll have to learn to think differently, and that’s okay. You might get discouraged, and you’ll handle it. But, as in the new novel “Mask of Shadows” by Linsey Miller, are you ready to die for it?

At first, Sallot Leon thought the scrap of paper might be money. Erland nobles had been doing that—making money—ever since the war, when Nacea was obliterated. But no, this bit of paper was worth more than money: it was an open call for a replacement member of the Queen’s Left Hand, an elite group of assassin-guards. Come by invitation or by skill, the poster said.

Related Content
“How Do I Get There From Here” Book Review

Sal had the skill, for sure. Since Sal was 8 years old, they worked as a street fighter and could climb anything. There was nothing they couldn’t steal, no lock they couldn’t pick. Those were skills the Queen needed, just as much as Sal needed to be Opal for the Left Hand and so, to get into the audition, they committed their first murder.

That, as it turned out, was the easy part. After passing the first interview, Sal was accepted and given a mask to wear at all times, the last mask awarded. Twenty-three people were in the competition, for which the rules were simple: kill your competitors without being seen or getting caught, but don’t hurt anyone not competing.

Nine competitors were killed the first night. As other Opal Wanna-Be’s fell almost hourly, Sal had to rely on past experience and new skills to stay alive. Core-strength training helped them dodge spears and arrows from other competitors. Tutoring eliminated illiteracy. Medical training kept Sal from death by poisoning. But there was no way to avoid falling in love with someone forbidden, nor the aftermath that was sure to come.

Though it starts out a little on the clunky side and it may take a minute to get your bearings, “Mask of Shadows” quickly becomes a pretty good novel. And a unique one, too. It’s rare to find a gender-fluid character in a main position, but that’s where author Linsey Miller places hers. Yet, though unusual, fluidity isn’t the driving force behind this story. We don’t know, in fact, that Sal doesn’t gender-identify until later in the novel. That’s uncommon, too.

In regards to character development, Miller shines. Sal starts out a bit feral, a street-wise petty thief, uncivilized but with hungry focus. There’s a lot of selfishness in that early Sal, but as they mature into a trained assassin, egotism is replaced by allegiance and a much finer character. Add in a cast that could, one-by-one, die at any minute and, well, you’ll be hooked.

For fans of The Hunger Games-type fiction, that’s gonna be too appealing to pass up. It’s gonna be too delicious to deny yourself. “Mask of Shadows,” for readers age 15 and up, is gonna be a dream book.