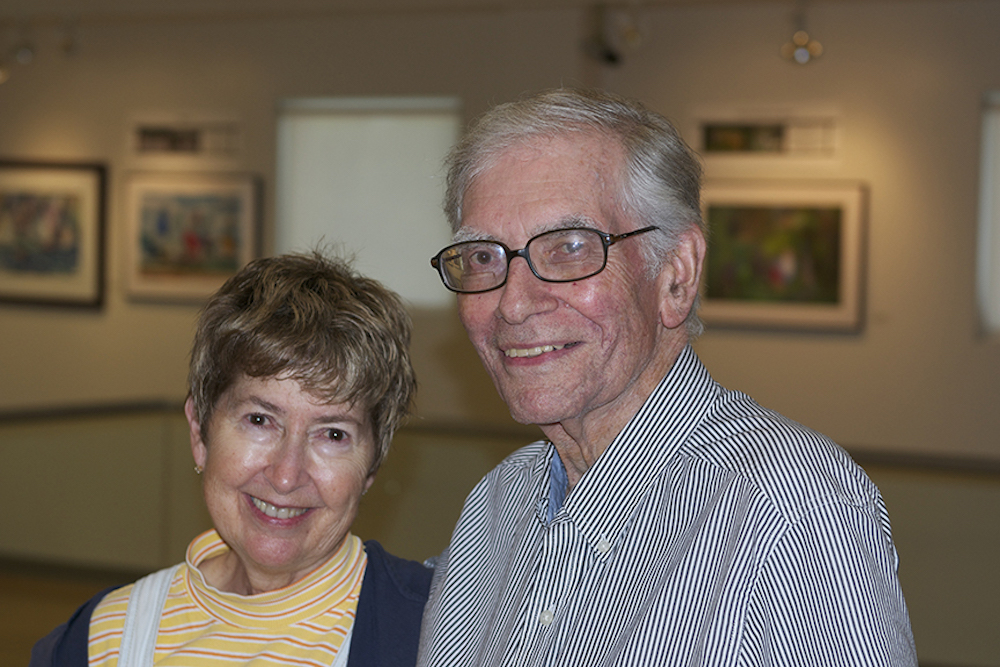 Ward Hooper and Holly Gordon aren’t letting age get in the way of their artistic union.

“Our creativity, our art and zest for what we’re doing and our relationship has us so amazingly buoyant. We don’t have time to look back and say, ‘oh my goodness our lives are over,'” Gordon said. “We are looking ahead…at a time when so many people think that life is over.”

The artists continue to showcase Long Island’s beauty through painting and photography with their latest exhibition in Brooklyn. From Sept. 5 to Oct. 20, people can experience the Brush/Lens Project at the Salena Gallery of the LIU Brooklyn Campus. It comes two years after the project debuted at the Art League of Long Island in August 2015.

Hooper and Gordon’s artistic chemistry makes it seem as if the two have known each other all their lives. But, they only met about five years ago after arts and leisure writer Elise Pearlman pointed out to Gordon the similarities between the two artists’ work. Gordon connected with Hooper on Facebook. Nothing came of it until Hooper finished an art workshop that he was teaching at the Art League called “Spring Blooms.” Gordon was getting ready for a solo exhibition at fotofoto gallery called “Tulips.”

“I posted one of my tulip images and Ward’s response on Facebook was, ‘This is pretty amazing! I think we should meet.’” 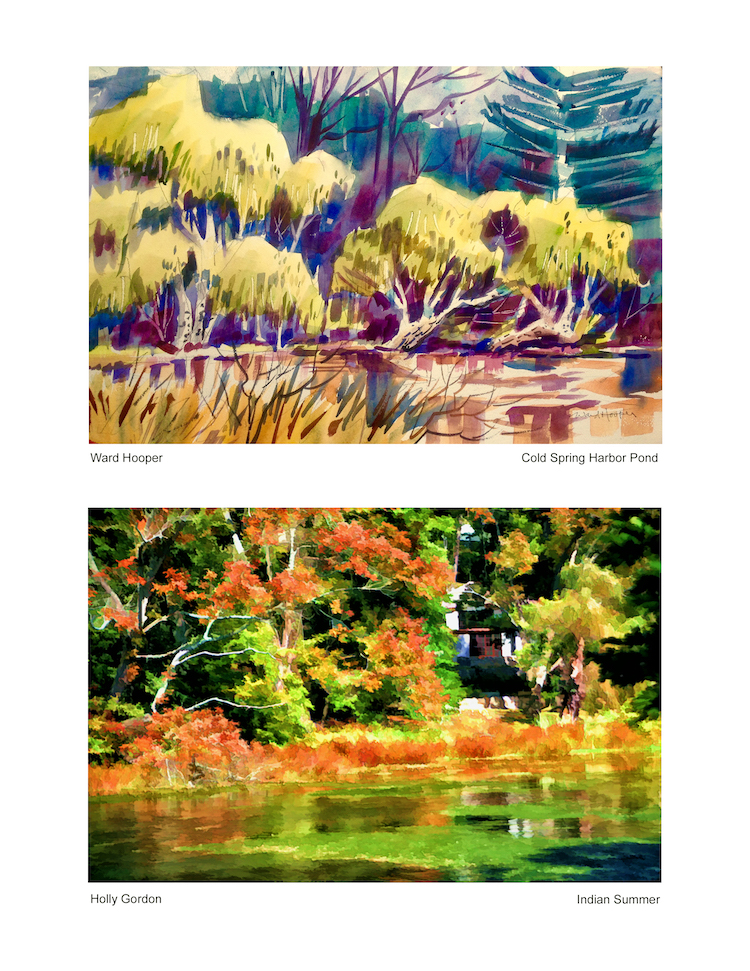 Gordon met the North Shore painter at his house where he showed her paintings he accrued over decades. She immediately realized how many similar images she snapped through the years. “We were living independent lives, no contact with each other, but there were so many parallels,” said Gordon, who gave up painting years ago to focus solely on photography.

Ward took Gordon to various locations he painted on the North Shore so that she could photograph. Soon he came up with the idea for a Brush/Lens Project. They sent a proposal to the Art League where Hooper had been a watercolor teacher for several years. The exhibition featured the pairs of work hung together allowing visitors to view the similarities for themselves.

“It is two artists’ interpretations of the same location,” she said. These scenic locations include Coindre Hall, Cold Spring Harbor Pond, Crab Meadow, Mill Pond Bridge and Nissequogue River. Visitors can expect to see most of the 52 pieces at the Brooklyn exhibition (gallery size didn’t allow for all of them).

“One thing that I hope people will come away with from the exhibition is the integrity of honest collaboration, the special relationship that Ward and I have,” she said. “It’s just an amazing gift.”