When Islanders hear “Cooperstown” we usually think “that baseball place upstate.” Islanders who have never been there, anyway. In reality, Cooperstown, a village brimming with Americana in the center of New York state about four hours from the Island, is a perfect little place for a long weekend. The historic village has a surprisingly solid art scene—the Glimmerglass Festival draws tens of thousands of theatre aficionados every summer and Bill Murray is on tap to perform in 2018. Eateries worthy of a spot in Babylon or Huntington villages can be found on Main Street. And, yes, there’s more baseball than one can shake a bat at.

Settle in at The Cooper Inn 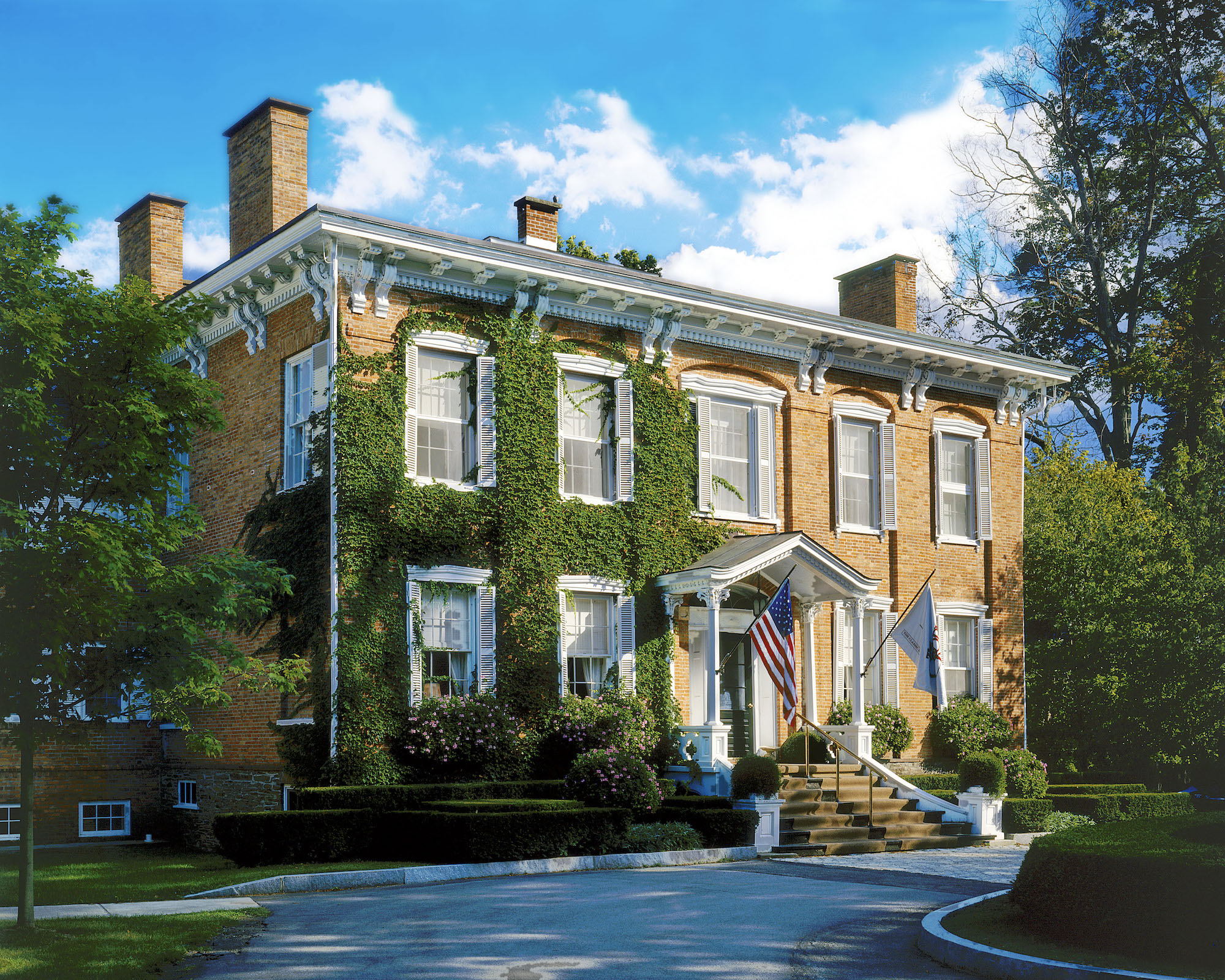 The Federal-style manor is listed on the roster of Historic Hotels of America and is outfitted in furnishing and fixtures circa the early 1800s. The building still houses its original wooden staircase as well as an antique cobalt, glass and crystal chandelier. Most guest accommodations—there are only 15 altogether—have a sitting area. The included continental breakfast is closer to a full breakfast by most standards. On top of the usual pastries, guests get hard-boiled eggs, yogurt, fresh fruit, waffles and bagels (they may not be like the ones at the go-to shop at home, but when are they?). The owners also trot out complimentary afternoon wine. And despite the distinct feel visitors have of stepping back in time, there’s free high-speed Wi-Fi throughout. 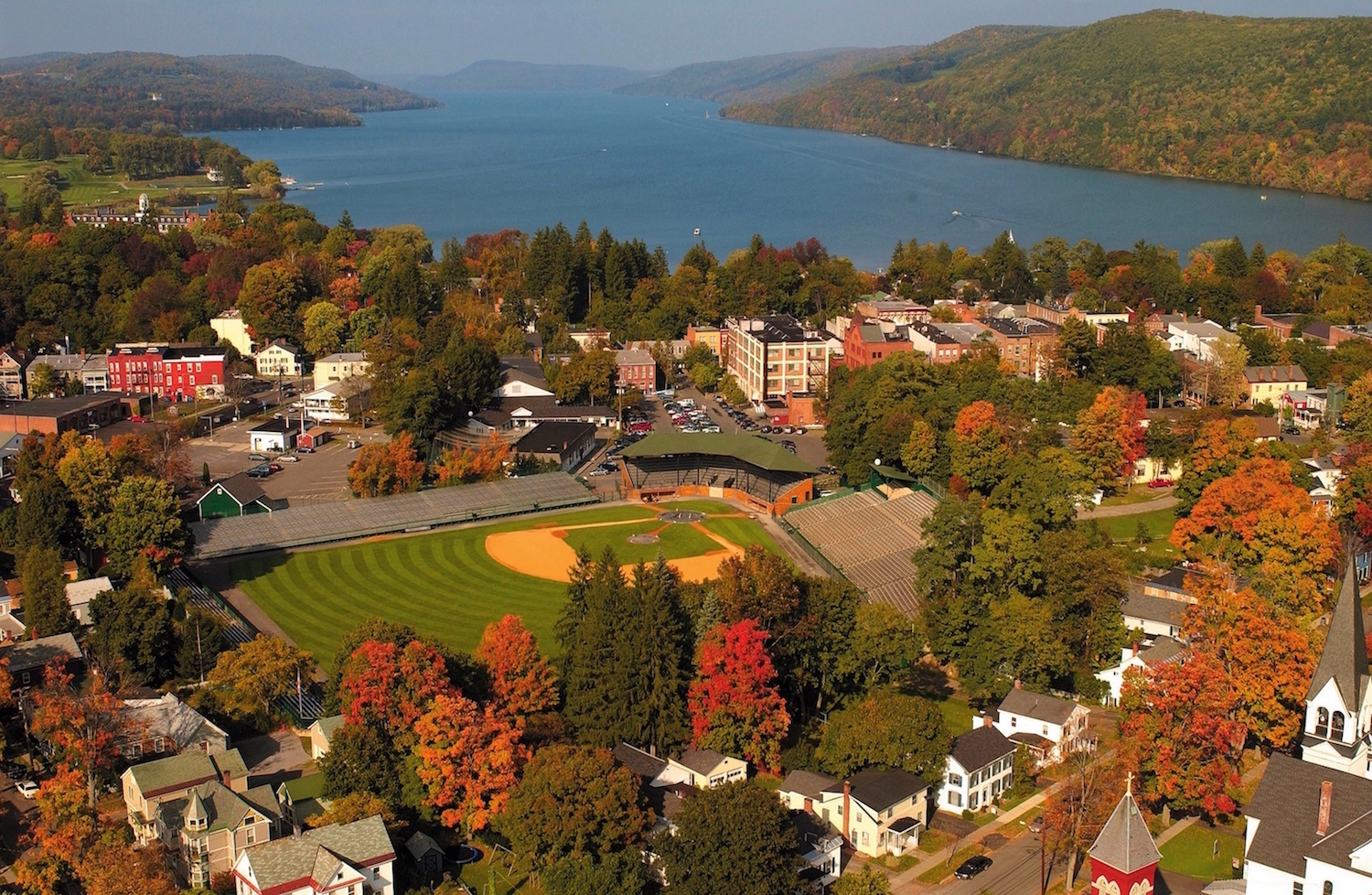 The boutique Inn has arguably the best geographic spot for overnight guests in Cooperstown. It sits on the corner of Main Street (where much of the action is) and a pretty little side street next door to local favorite Schneider’s Bakery. Tip: the pumpkin loaf is highly-praised. It’s an easy walk to the National Baseball Hall of Fame and Museum. And that’s an interesting place, even for those who don’t know the difference between a balk and a bunt. Among the museum’s holdings are a collection of World Series Championship rings, the bat Babe Ruth used to hit his 60th home run in 1927, the ball Cy Young threw during his 500th win and Hank Aaron’s jersey. Each year in late May the Hall of Fame Classic seven-inning Legends Game is played by retired Hall of Famers and former major leaguers. Hall of Fame weekend, when the latest crop of inductees is announced, is typically in July. Dates for 2018 haven’t been announced yet, but those may be the times to plan to go—or avoid, depending on one’s perspective. 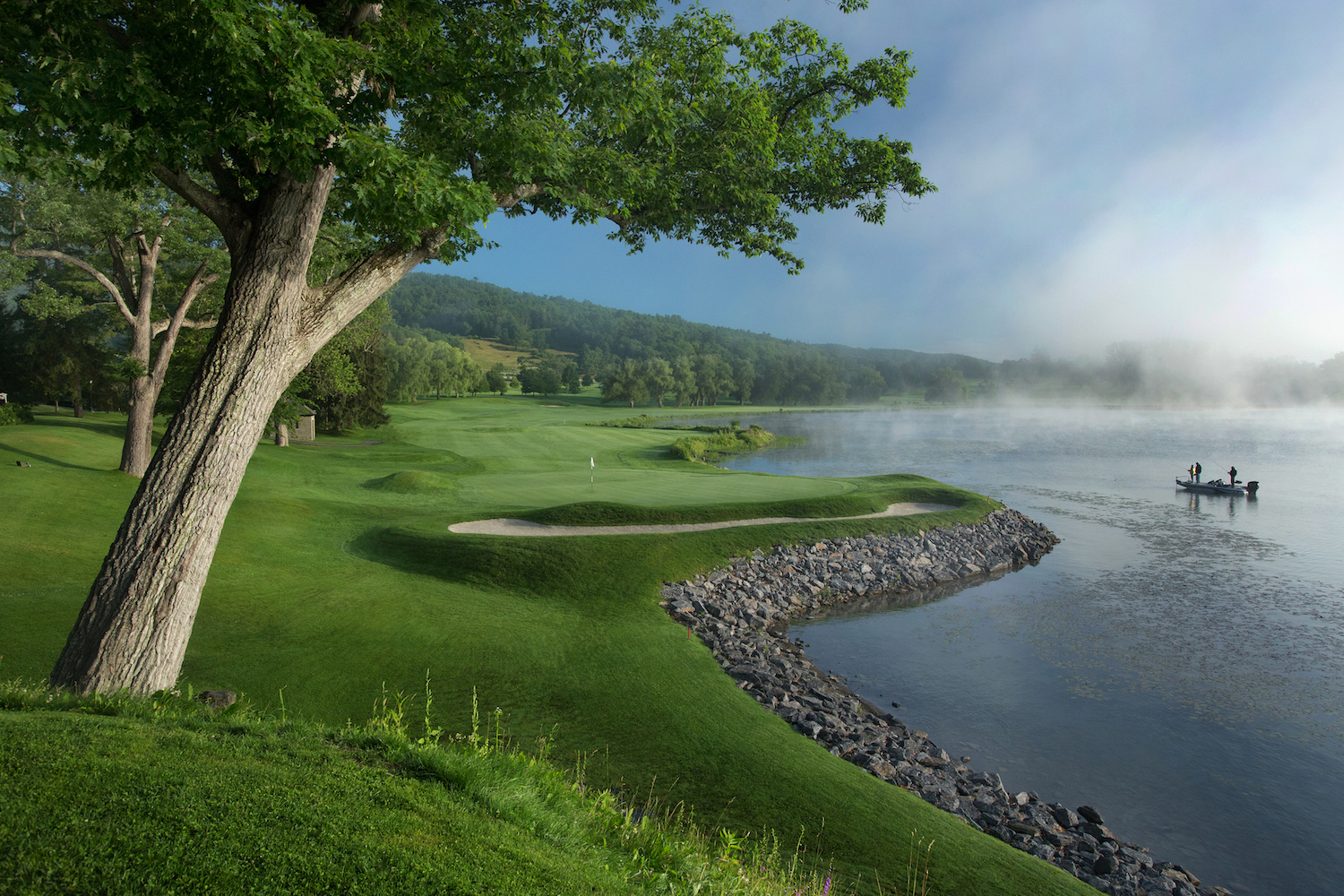 For those more into golf than baseball, the Leatherstocking Golf Course is also walking distance from the inn. The storied 18 holes dates back to the early 1900s and has a spectacular clubhouse. Two blocks away is the Inn’s sister property, the Otesaga Resort Hotel. Guests of the Inn can use the outdoor heated pool, paddleboards, canoes and the spa (at a discount). Two of the more unique offerings are The Blue Eucalyptus Treatment to relieve adrenal fatigue and the Mighty Mint Foot Therapy. Guests of the Inn also get a discount at the Otesaga Resort Hotel’s atmospheric Glimmerglass restaurant. The first meal served there in 1909 featured caviar canapés, lamb chops monte carlo and rhubarb pie. Today, the menu is foodie-focused, with locally sourced ingredients bolstering the togarashi dusted tuna a’ la plancha and lobster mac and cheese.

Beyond Baseball and Golf

The lauded Fenimore Art Museum, on the shore of Lake Otsego (the famed “Glimmerglass” from James Fenimore Cooper’s novels), is a short drive from The Cooper Inn. The institution features a noteworthy collection of works including American folk art, Hudson River School paintings and Native American pieces. The grounds are gorgeous. Brewery Ommegang is also about 10 minutes away by car. The beer maker known for Belgian-style microbrews conducts fairly in-depth brewery tours and tastings. The café is open for lunch and dinner. Cooperstown—who knew?—is a leader in the fat bike trend, giving adventurous types the ability to bike on terrain that is usually impossible (think frozen lakes and snowy hills). The annual Fatty Bumpo Fat Tire Race begins at The Clark Sports Center and continues down County Highway 52. Whether visitors decide to join the competition or watch, the event is definitely memorable. Another snowy-season highlight is the Winter Carnival, usually held in late January/early February. There’s a snow sculpture contest, sled races, a candlelight evening and a well-dressed dog show (that alone may be worth the trip.)