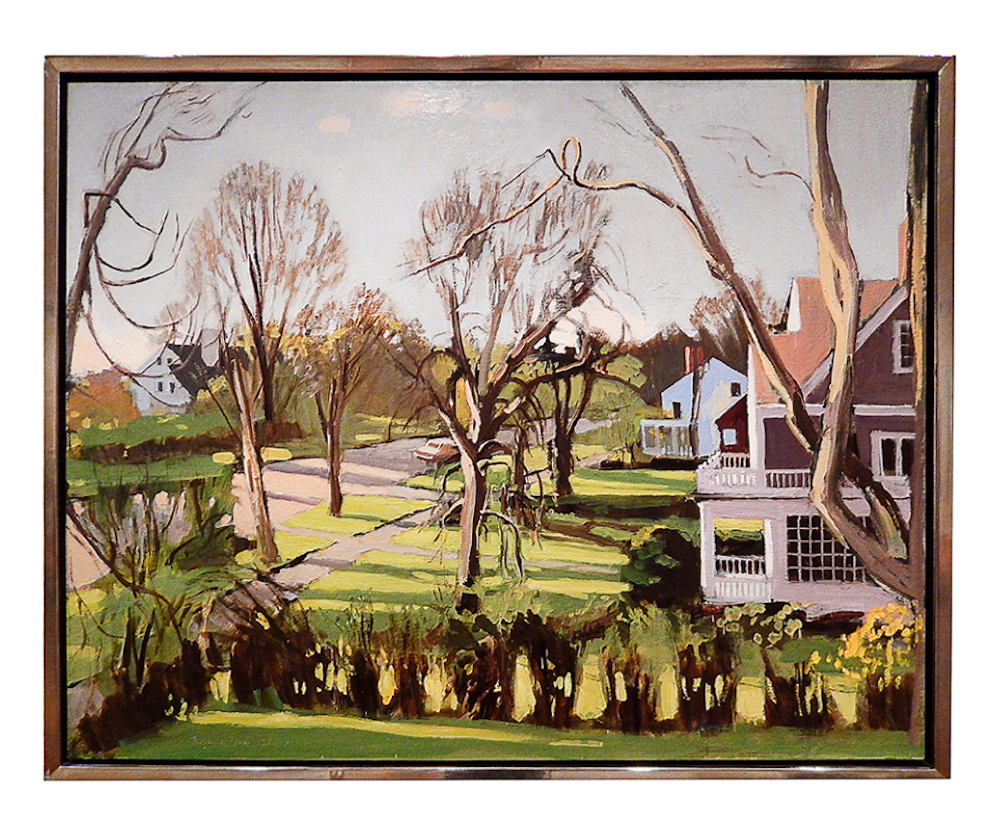 Despite the October calendar page, summer refuses to wane in the exhibition of Fairfield Porter’s paintings at the Met Fifth Avenue. Porter, Long Island’s great 20th century landscape and portrait painter, is featured in a tightly focused installation in the Met’s Modern and Contemporary Art wing.

In the 1950s and 60s the art world had turned its eyes towards Abstract Expressionism and Pop. The charm and tranquility of a backyard, the dignity and emotional resonance of the kitchen table, or the bright pop of color on a clothesline were not in vogue in the galleries of Manhattan or the intellectual circles of the elite. While friends and contemporaries like Willem de Kooning made the pages of Life Magazine, Porter was content to reflect and focus on the beauty to be found in quotidian realities. Preferring art free of artifice, he once stated, “The truest order is what you already find there, or that will be given if you don’t try for it. When you arrange, you fail.”

Without manifestos or movements, but with a clear and constant vision, Porter painted landscapes, interiors and portraits that depicted the world around him with virtuosic brushstrokes, a soothing palette, reverence for the natural world and a kind eye. Influenced by 19th century French painters Pierre Bonnard and Édouard Vuillard, his work blends realism with a kind of sharper focused impressionism. Yet, he was deeply involved with the artistic, literary and cultural milieu of the 50s and 60s. Friendships with artists from Jackson Pollock to de Kooning and Andy Warhol all resonate on his canvases. Passages of paintings like “Pea Point from South Meadow” break into abstract planes of flattened, pure color up close, while the gestural, almost sculptural force of the brushstrokes in the sky give dynamic energy to an otherwise still landscape. As in many of Porter’s pieces, the conflicting forces of abstraction and realism offer multiple ways of enjoying the painting. 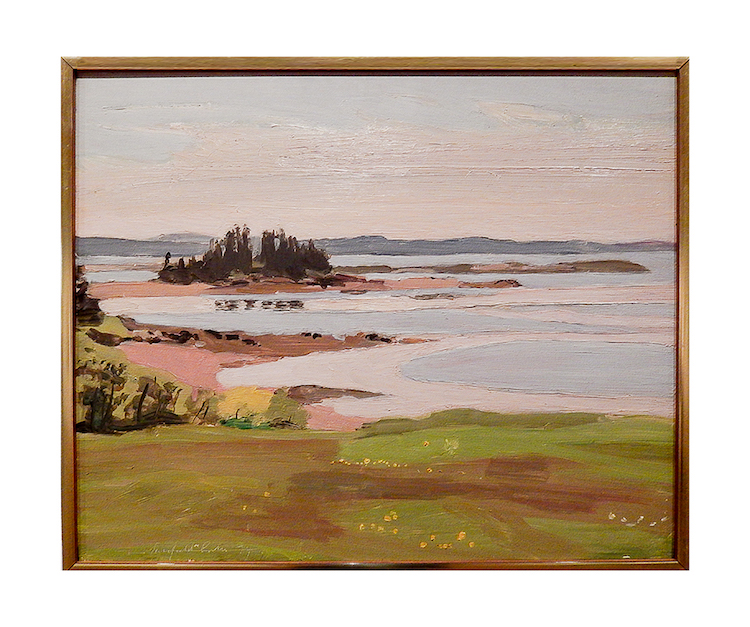 While drawn to the arts from an early age, the Yale educated son of an architect and brother of photographer Eliot Porter was largely self-taught as a painter. But if his methods were intuitive and the result of experimentation, his vision was deeply rooted in art and art history. Porter was a respected art critic and writer. The world of poetry was also intertwined in his life. His wife, Anne Porter, was a poet as was his friend, Frank O’Hara. Biographers note that a romantic relationship between Fairfield Porter and poet, James Schuyler (who moved into the family’s home in Southampton with Porter’s wife and children) lasted a dozen years.

Fairfield Porter’s life was divided between an island in Maine and his house in Southampton, and so is the collection of works presented here. At the Met, the Hamptons are depicted literally in “Sunrise on South Main Street,” where the bright clear light that hits upright surfaces and then spills across the lawn is something familiar to those who’ve lived on Long Island. It’s also there figuratively in the full-length portrait of “Elaine de Kooning.” Porter was among the first mid-century artists to move to the Hamptons. Following him, New York School poets and painters arrived, and, over the years, the East End developed into the hotbed of creativity it is today. Amidst the quietude of the paintings in the gallery, the legacy of Long Island’s creative community and the moment it altered the history of art and literature forever, echoes in the artist’s backstory.

Porter was an artist whose work doesn’t fit easily into any category. It’s reminiscent of Edward Hopper, but without the sense of desolation. It recalls the bucolic charms of Andrew Wyeth, but without the sentimentality. Like Long Island, Fairfield Porter’s work is complex, sophisticated, deeply influenced by the great city yet filled with freshness and natural grace. Also like Long Island, a visit will reward with lasting impressions.