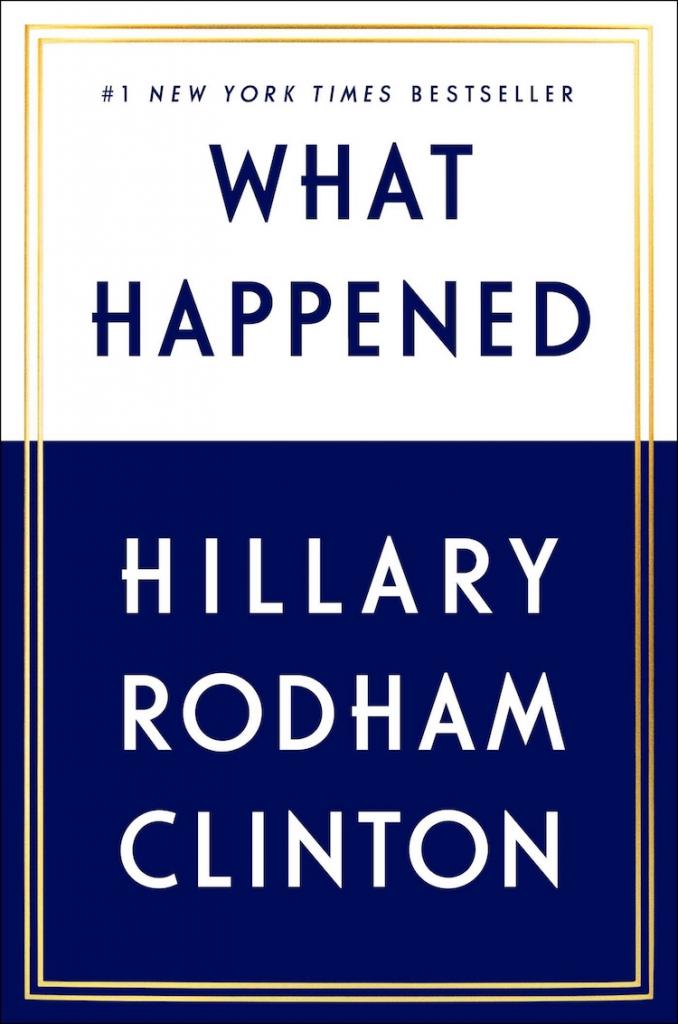 Your vote counts. That’s what you head to the polls hoping. On that note, about last fall, Hillary Rodham Clinton has a few things to say, and in her new book “What Happened,” you’ll notice first that that title is not a question.

You’ll also notice that Clinton is quick to say in her author’s note, that this book is based entirely on her point of view and her memories.

Related Content: “Truth Doesn’t Have a Side” Book Review

To start, Clinton refuses to point fingers at anyone on her staff, and there’s no under-the-bus throwing. Later, she carefully, thoughtfully cites specifics on why she ran and lost, and she steadfastly claims responsibility for what happened and for decisions made. She does lay blame on James Comey; the media for skewing what was reported; and, of course, Donald Trump. She is, in fact, deeply concerned for the viciousness of this last campaign and its use of “lies” and misquoted half-thoughts, but she’s sorry-not-sorry for using the word “deplorables.” She admits regret over now-minor scandals. As for emails, Clinton believes that, generations from now, people will be shocked that they were the No. 1 subject of campaign controversy.

There is, in this book, a lot of unnecessary. Readers will find pages of biography and personal stories that appeared in past books, either in hers or Bill’s. There are history lessons that really only boost her anecdotes, and could have been omitted; ditto for some things that seem overly-rehashed. Of course, as happens in many memoirs, names are dropped like moths beneath a bug zapper, which is more-or-less unimportant except to the people being named.

Conversely, readers hoping for a smidge of lightheartedness will find it here. On her post-election days, Clinton says that she practiced yoga and deep breathing but “I also drank my share of chardonnay.” We are likewise treated to great behind-the-scenes peeks. For example, Clinton practiced for debates in such mocked-up detail that “Trump hardly said a thing in any of the three debates that I was hearing for the first time.”

Here, there’s a constant sense of awe and gratitude at her role in history, as well as backhanded relief at not winning, perceiving it as opportunity to spend time with her grandchildren. And yet, there’s a no-surprise tone of anger in this book, and lingering befuddlement over much of 2016’s political scene. Clinton says, “I’m doing okay,” but eagle-eyed readers may spot passages here that seem to belie that sentiment. Still, there’s plenty of sass left: Clinton persistently pokes sharply at the soft spots of her election opponent in many subtle (and not-so-subtle) ways.

Toward the end of “What Happened,” Clinton asks that we all be “kind,” but she also offers advice for Democrats who want to win in 2018 and 2020. And though this “doesn’t mean I’ll ever run for office again,” it doesn’t mean the opposite, either.