Beans, rice, pork and just the right amount of seasoning—sometimes cravings for Latin food are too hard to ignore. Though a far plane ride from the likes of Chile and Argentina, the Island is full of sizzle and spice. Five Latin American Long Island restaurants are always packed with flavor. 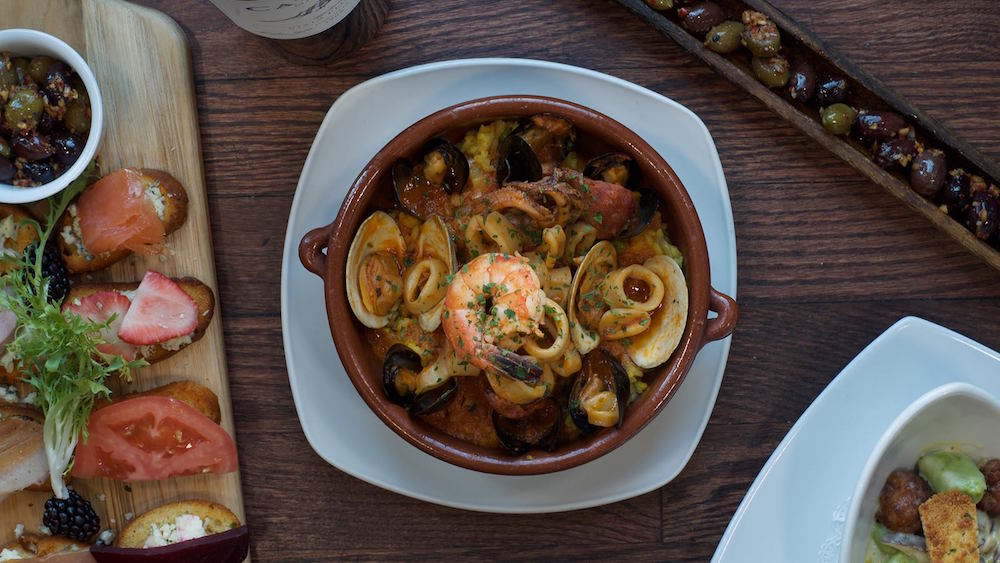 The foodie paradise known as Huntington also includes this Argentinean gem. The spot, which has a lively bar and tango dancers on weekends, is perfect for meat lovers—steaks, lamb and pork chops are served for dinner. There are also salads, seafood options and even homemade pastas. The lunch menu is slightly altered. It features sandwiches, including a Cuban made with roasted pork, ham, Swiss cheese, grilled pressed bread, mustard and pickles. The brunch menu also has Latin influences. Offerings include Argentine toast stuffed with things like brie cheese and chorizo as well as huevos fritos made with Argentine sausage. Phone: 631-603-3600 | Address: 23 Wall St A Click to go

Maria’s is known for being two things: delicious and authentic. The cozy spot, which serves Latin and Mexican food, often has a wait but the dishes make it worth it. Some favorites include the pollo a la parrilla (marinated grilled chicken breast topped with mango salsa), lechon cubano (Cuban roast pork severed with sweet plantains and the famous Cuban dish moros y cristianos) and tamales (an appetizer made of corn meal dough stuffed with beef, steamed in a corn husk over red chili sauce and topped with pico de gallo, avocado and cheese). The sangria and margaritas are also a must when heading here. Phone: 631-979-7724 | Address: 211 Smithtown Blvd Click to go 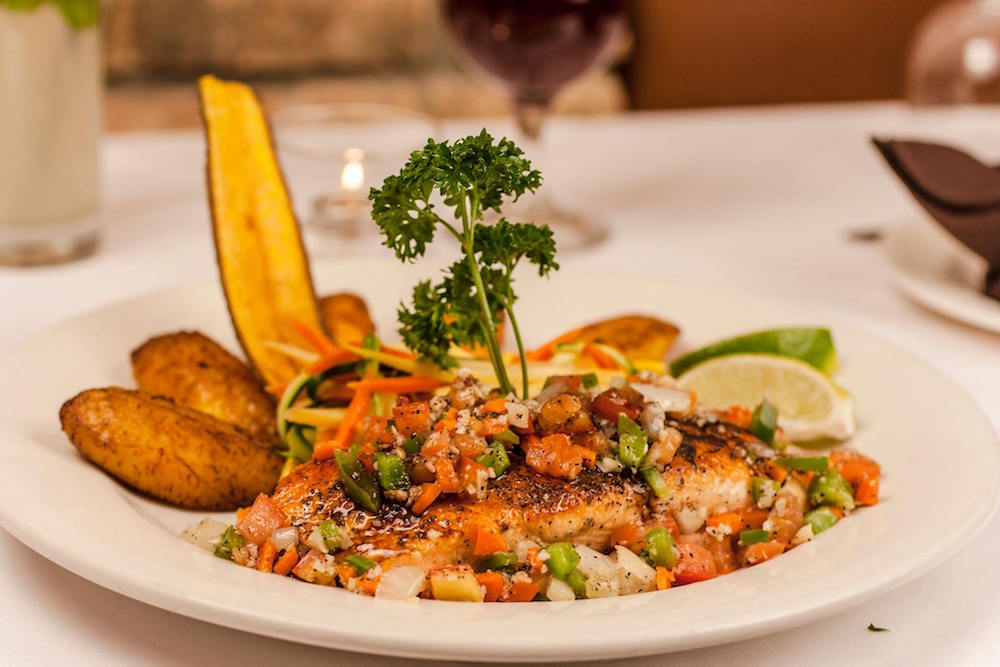 A menu influenced by Cuban, Puerto Rican and Spanish cuisine, Cafe Havana promises to transport diners to a tropical place. There are palm trees and chairs shaped as Cuban drums by the bar. The lengthy menu includes various options of the raved about paella, including one with lobster and chorizo. There’s also Cuban steak sautéed with sizzling onions and house seasoning; classic Cuban ropa vieja made with shredded beef, tomato-based sauce, onions and peppers; and pulpo ceviche or marinated octopus salad with peppers and onions. Phone: 631-670-6277 | Address: 944 W Jericho Turnpike Click to go

Chicken is the first word of this restaurant’s name for a reason. Pollos El Paisa is known for serving yummy whole or half rotisserie chicken. But the casual spot that opened in 2004 also offers seafood and steak options paired with homemade sauces. The best part of this place is the large portions and affordable prices. Phone: 516-338-5858 | Address: 989 Old Country Rd Click to go 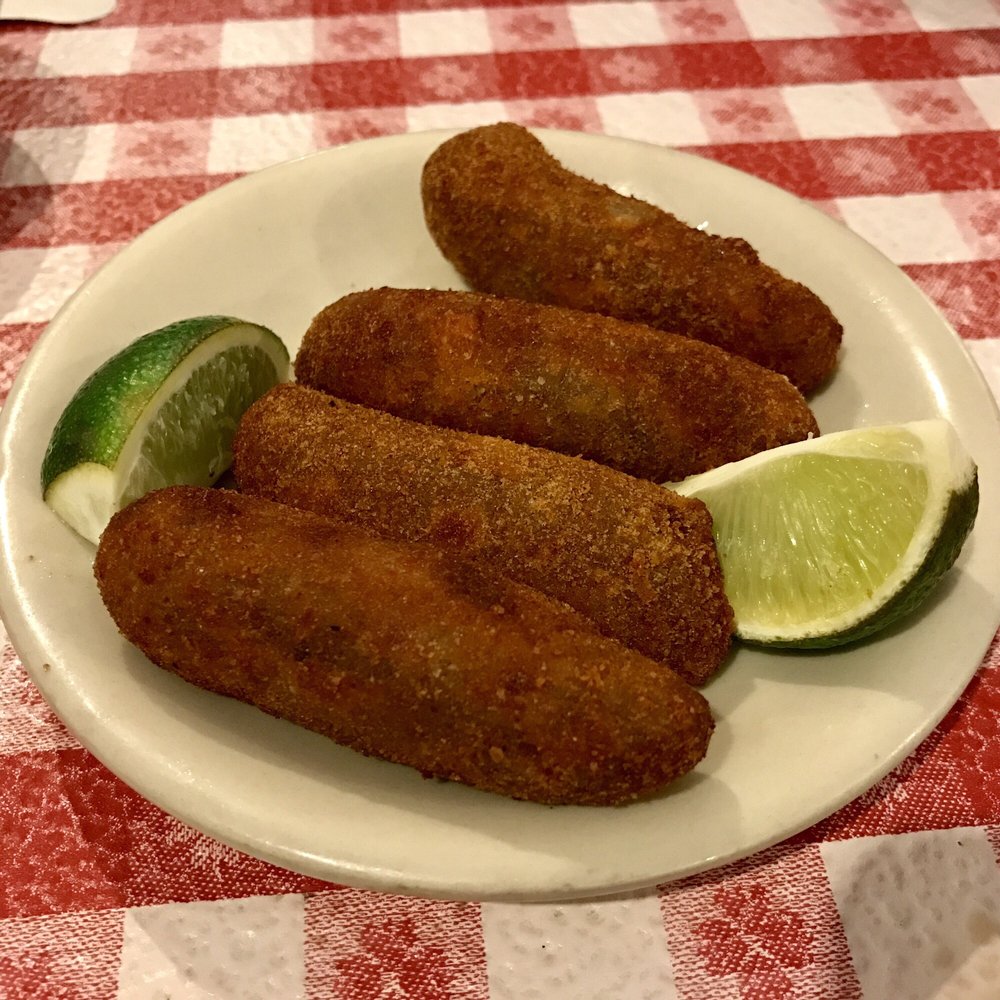 The story of Rincon Criollo dates back to the 50s when the Acosta Brothers opened the restaurant in Santiago de las Vegas in Cuba. It quickly became a popular spot even attracting celebrities including Cuban singer Beny More. Years later, a neighbor told the Acosta Brothers he opened a meat shop in Corona, Queens. He encouraged them to open Rincon Criollo there and they did just that in 1976. The second hit Huntington in 2015. It’s known for serving some of the best moros y cristianos and lechon asado. Phone: 631-271-2277 | Address: 16 W Jericho Turnpike Click to go