Preparing the fall menu at Crown Gastropub wasn’t much of a challenge for Tim Eagan, a longtime chef noted for mastering the art of meat-aging.

“I think the fall is my favorite season to cook,” the Babylon native said. “The leaves start to turn, the weather gets a little chillier and you start to get into a little more hearty food.”

The Bellmore restaurant, formerly known as Crown Steakhouse, will delight seafood and meat lovers this fall. Eagan, who spoke about his culinary career in Pulse’s October 2017 issue, shared the five dishes worth tasting before the restaurant’s winter menu rolls around.

This light appetizer has quickly become one of the best-selling dishes at the gastropub. It’s so popular that chef Eagan will keep it on the menu in the seasons to come. The tuna is enhanced with soy-lime glaze, toasted sesame seeds, fresh guacamole and multigrain chips. “It’s almost like guacamole dip with the fresh ahi tuna,” Eagan said. “It’s really refreshing.”

Not so easy to find at other restaurants on Long Island, this fun dish is comprised of a small soft boiled egg in a sweet sausage and then lightly fried. It’s served with sautéed spinach and Crown sauce, which is a fruit-based sauce made with raisins and cranberries. “A lot of people haven’t had Scotch egg so they come in and they try that and it’s pretty neat,” he said. Eagan admits he didn’t even try one until he was about 10 years into his career. 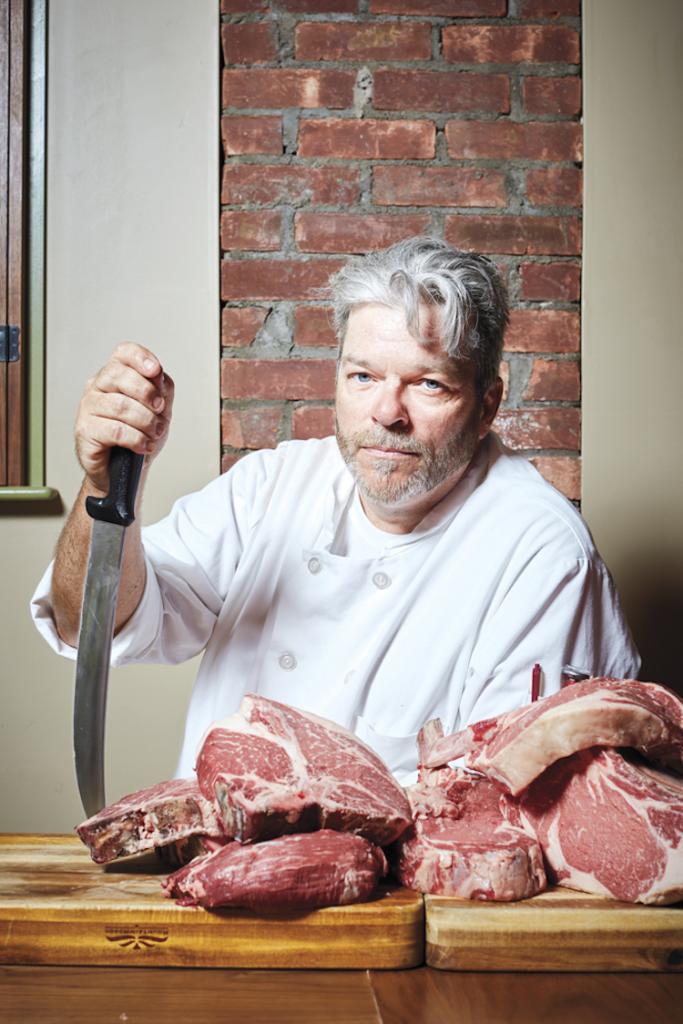 When fall comes around, Eagan loves to incorporate braised meat on his menu. A big fan of lamb in particular, Eagan said this one is overly tender and flavorful. It’s cooked for anywhere between two to three hours ensuring it becomes “fall of the bone tender.” It’s served with a cabernet demi-glace, Yukon potato puree and buttered beets.

This pork chop was placed on the menu right when the restaurant became a gastropub this year. It’s another tender meat garnering a great response from customers. The sweet potato it was originally made with was swapped with sweet corn hash this season. (Customers will only get to dig into the sweet corn hash for a couple of more weeks before it goes out of season.) The dish is finished off with a Crown barbecue sauce adding just the right amount of kick.

This seafood dish is a spin on the classic bacon and scallop pairing. Big, sweet and tender scallops share the plate with smoked bacon lardons. It’s topped with a cranberry-tamarind sauce that adds sharpness and a little more sweetness. “It’s a real nice combination; it just says fall.”