Long Island Traditions executive director Nancy Solomon decided she wanted to do an exhibit on hurricanes five years ago as Hurricane Sandy ripped through New York.

“I was sitting home without power, heat and hot water and I wondered how people got through this in the past and thought it would be work learning more and exploring,” Solomon said.

Solomon originally wanted to hold the exhibit, In Harm’s Way, last year, but Long Island Museum wanted to wait until the five year anniversary of Sandy. The timing has become eerily more appropriate in the wake of Hurricanes Harvey and Irma, which destroyed parts of Texas, the Caribbean and Puerto Rico.

“It reminds us that this is going to happen and it’s going to happen again here. The sea levels are rising, the water temperature is rising and the strengths of the storms are increasing. It has all the ingredients.”

But don’t expect the words “climate change” in big lettering. There are no meteorologists either, except in a video montage of news coverage of Hurricane Sandy that plays at the front of the exhibit. Instead, Solomon chose to focus on the human aspect—how people coped, what homes looked like and how people tried to keep the water away from their homes. 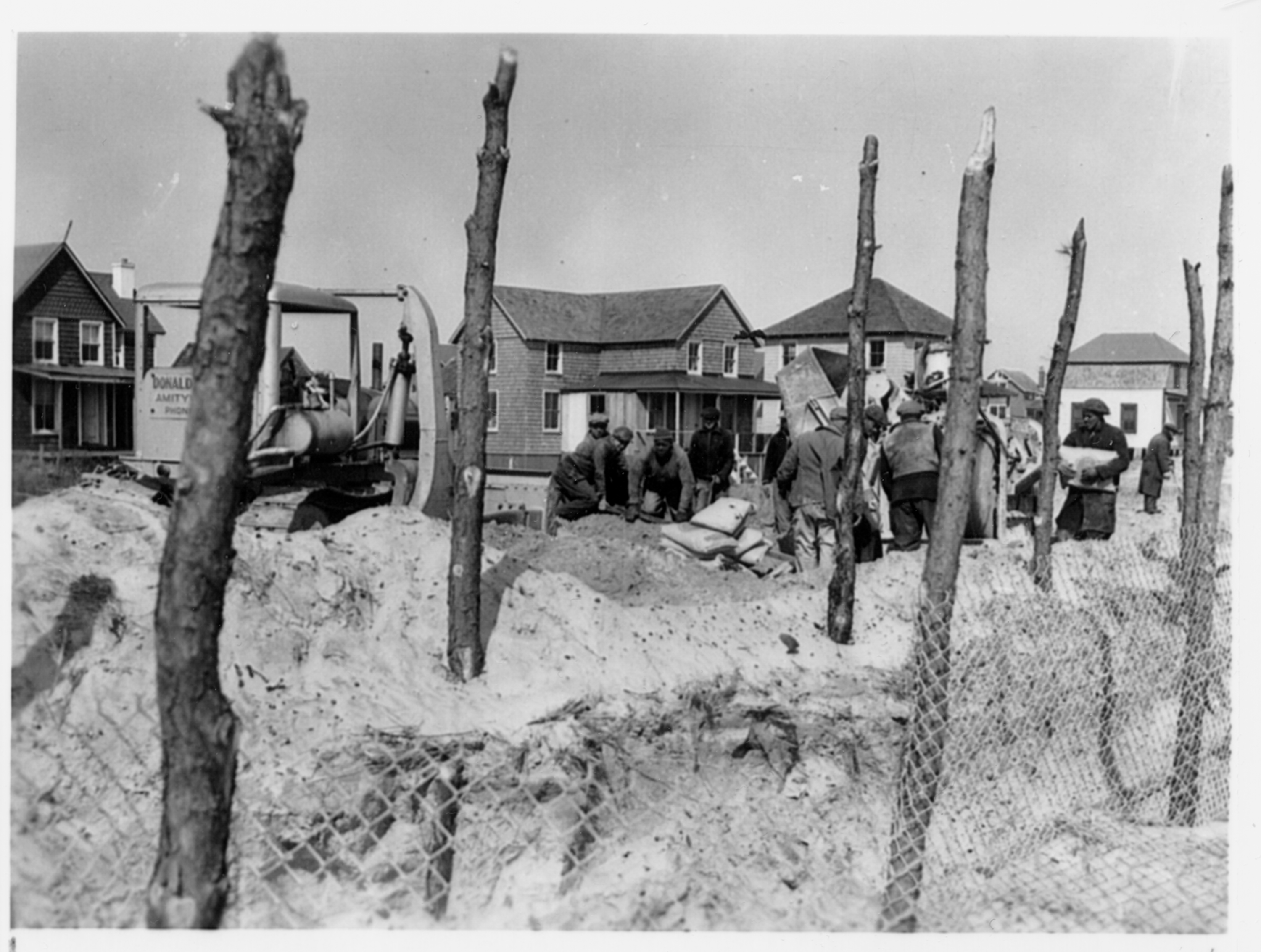 The exhibit is split into three sections: Looking back; Sandy, Irene and Lee; and looking forward.

Looking back focuses on earlier storms like a 1952 Nor’easter and Hurricane Donna in 1960. There are photos of people building bulkheads on Fire Island, a strategy that doesn’t typically ward off water, and a hand radio used for emergency alerts in storms like Hurricane Carol in 1954.

Solomon said she specifically chose to focus more heavily on Sandy, Irene and Lee because they are more current, closer together and impacted multiple parts of New York. Photos of a Pine Island yard in upstate New York during Irene look exactly like photos from Long Island. The section features perhaps the most human and striking part of the exhibit: There are rusted trains, security blankets, a stuffed bunny and granola bars in large display cases. 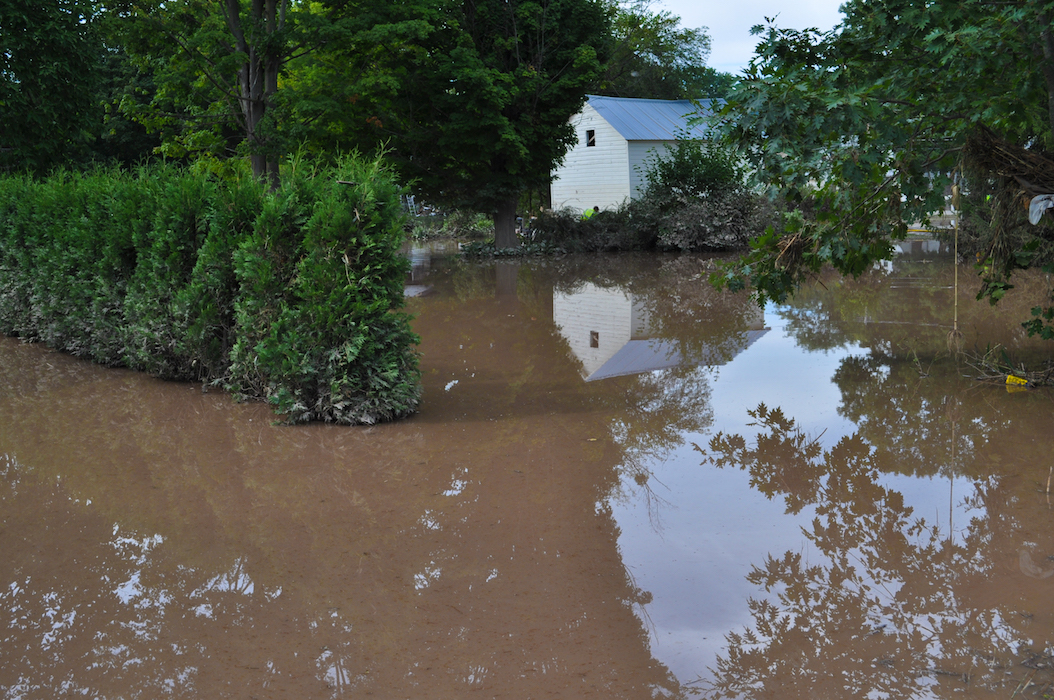 “Everyone attaches different meanings to things.”

The final part, looking forward, gently asks the question, “How can we be better next time?” There are models built by students at NYIT as part of a “Designing for Resiliency” project. The homes are elevated and have slanted roofs, which lets water run down. But the exhibit continued to stay away from the political aspect of global warming and even building homes on the water, something Solomon personally wishes would end.

“I’m not a politician. I wanted to open people’s minds up and that’s a discussion that still hasn’t taken place. Politicians still say, ‘We’ll get people back in their homes.’”

Perhaps the nature of the exhibit will inspire attendees to start the discussion.

In Harms Way runs through Dec. 31 at the Long Island Museum in Stony Brook.