Food is the sustenance of life—not just physically, but emotionally, socially, sometimes even spiritually. To a great degree, we revolve our lives around our next meal. With so much devotion to the edible, those who commit themselves to the making and prepping of food have risen to almost cult leader status. To find out if they practice what they preach, we gathered four of our favorite Long Island chefs—Stephan Bogardus from North Fork Table & Inn in Southold, James Tchinnis from Swallow in Huntington and Montauk, Peter Van Der Mije from Osteria Leana in Oyster Bay and Alexis Trolf from Lost & Found in Long Beach—to answer some of our burning culinary questions.

Let’s have it, where do you eat?
Bogardus: The beach during sunset. I don’t need to have any fancy food. I might bring along some taro chips and sweet pea hummus and salsa, sit on a piece of driftwood and watch the sun go down.
Trolf: Bigelow’s in Rockville Centre. It’s so old and they’ve been doing the same thing for so long that it has reached a certain point just below perfection. You just can’t go wrong with fried seafood and really good French fries. Ah, let’s not forget the bisque!
Tchinnis: Piccolo in Huntington. It’s an unpretentious, delicious, classic Italian spot with a great wine list. The service is attentive and professional and the ambience is warm and comfortable. I usually stick to classics like baked clams, short rib cannelloni and scampi piccolo with a nice glass of Chianti Classico.
Van Der Mije: The last two restaurants I really enjoyed were Gatsby’s Landing (Roslyn) and Rustic Root (Woodbury). Both are chef driven. The menu is familiar, but different. There’s an element of craft, of pushing the boundaries of a typical restaurant without sacrificing the sense of familiarity that brings diners back. 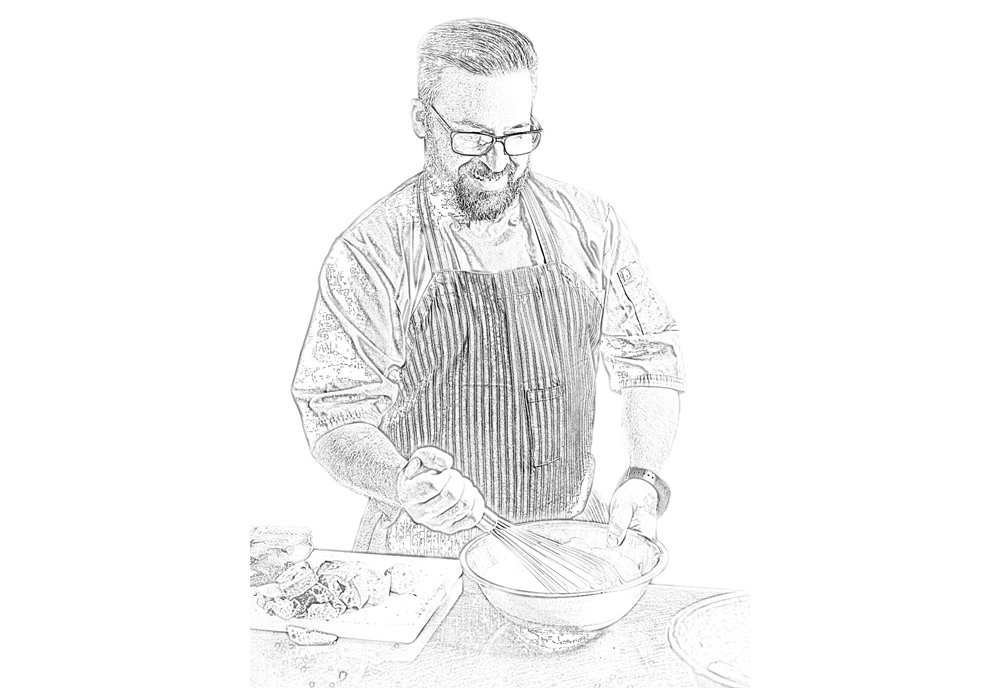 What’s a hidden food gem on LI?
Tchinnis: Kerber’s Farm on Pulaski Road in Huntington. Nick Voulgaris has done an incredible job saving this old farm and transforming it into a chic, delicious roadside dining spot. Their egg sandwich is legendary. It’s sandwiched between a huge homemade cheddar buttermilk biscuit that is light and buttery.
Van Der Mije: If I am eating on the go, I really enjoy a burger at Sid’s All American or the enchilada Suiza from Puerto Vallarta, both in Glen Cove. Sid’s is a super cool spot that has amazing French fries and burgers. Puerto Vallarta is my family’s Mexican go-to. The service is genuine and the food is consistently good—loaded with cheese and sour cream. When I want a good dessert, I go to Youngs Farm in Glen Head. The pies are incredible.
Trolf: Salumi in Massapequa comes to mind. I love Pico in Rockaway and whatever Whitney and his crew are doing since Whit’s End [in Rockaway Beach] closed down.
Bogardus: Deep Roots Farm in Southold is just two doors down from North Fork Table & Inn. We walk over in the mornings to get our eggs. Owner Tom Hart has amazing pork and delicious produce and everything is very reasonably priced. A lot of people tend to stop at the bigger stands but this is a must when you’re out here.

Outside the United States, who’s got the best culinary scene?
Bogardus: I was in Paris for the first time this past April and all I can say is “wow!” I waited my whole life for this trip and it surpassed every wildly high expectation that I had.
Van Der Mije: I spent the early part of my career working in London. It doesn’t get the same attention as Paris, but it should. London attracts extremely talented chefs who’ve created a dynamic culinary scene. They focus on restraint, not excess.
Tchinnis: Either France or Spain. French cuisine is decadent and technique driven and the basis of all modern fine dining today. Spanish food is soulful, deep and full of rich flavors.
Trolf: Spain has it all! The different regions have produced a rich culture of food and drink, the climate lends itself to a large variety of produce and the seas that surround it bring forth the most amazing seafood. Spain successfully balances on the thin line between modernity and tradition.

What’s your best food memory?
Van Der Mije: Tortilla soup I had at Mesa Grill, a Bobby Flay restaurant in New York City. It was probably the first time I went to a restaurant that was run by a celebrity chef. I was 18 and had just started to think about food as a career. My mother spent a good deal of money to take the family there so I could eat a fancy meal. It was a super cool experience and the tortilla soup was sweet and spicy and had really great texture.
Bogardus: When I was growing up in Cutchogue, we had to be home for dinner and share a family meal every night. My mom is a great cook and the food was always good, but sitting around the table and catching up with my family is one of my fondest memories.
Tchinnis: Dining at Le Bernardin for my wife’s birthday. Sitting across from her, eating incredible food, drinking great wine, taking a tour of the kitchen and meeting the chefs will always stand out as a great experience.
Trolf: We sit down to meals with family and friends, sometimes even strangers, almost every night. I like to think that I make a new favorite food memory anytime I sit down and break bread. 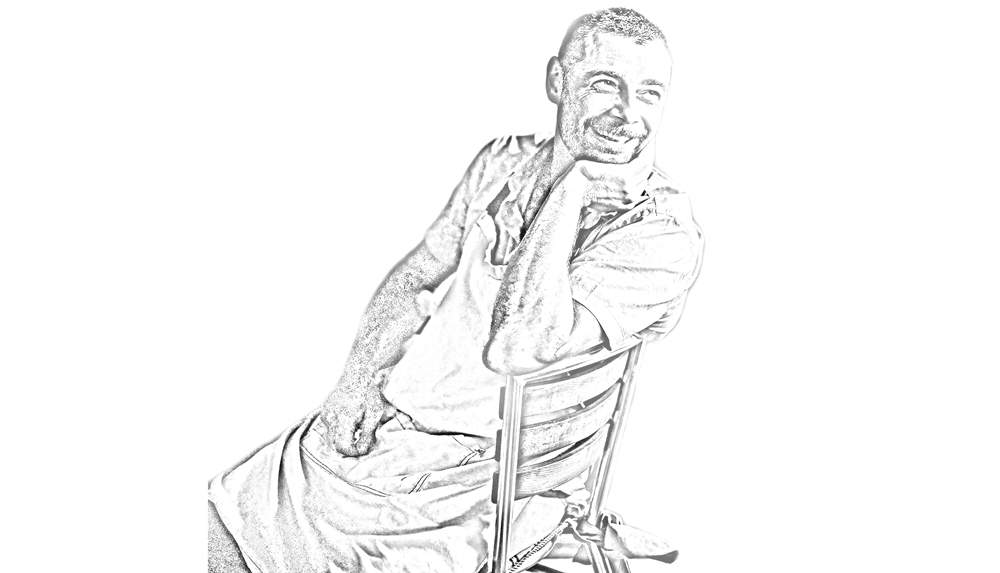 Favorite meal?
Trolf: Once a week or so the urge for pasta is undeniable. We will make it for a simple and quick family meal at the end of the night in the restaurant, drink up all the opened red wine and sit and talk and eat together. I wouldn’t change it for the world.
Bogardus: I ate at Per Se during a snowstorm this past year and the food was incredible. However, the experience of being with the woman I love in such a comfortable environment, surrounded by the still beauty of the snow, made the evening truly magical.
Tchinnis: It would be either a great aged thick rib eye steak, cooked medium rare, with a baked potato or a beautiful organic whole chicken, roasted with lemon, garlic and rosemary and a simple Bibb lettuce salad. To me, both are perfect in their simplicity.
Van Der Mije: Probably a delicious sandwich, iced tea and a cookie. Right now, St. Rocco’s Bakery is my go-to for all three.

What’s one thing you won’t eat?
Bogardus: Raw onions and salmon. I can’t stand either one.
Van Der Mije: I pretty much avoid shrimp. I have no problem with shrimp cocktail but I have never enjoyed many other shrimp dishes.
Tchinnis: I won’t eat tilapia because so much comes from China, where they use some very questionable farming practices.
Trolf: When I was younger I was a very picky eater. I like to think that I’ve gotten past that and would eat anything at least once. I don’t particularly care for Durian fruit. But as a general rule, the nastier or funkier some type of food stuff is, the more it’s supposed to enhance your, you know, virility.

What’s an ingredient you always have in your own kitchen?
Tchinnis: Good olive oil. Investing in the highest quality olive oil is an easy way to really enhance a dish.
Bogardus: Salt. Knowing how to properly season a dish with salt is essential to good cooking. I love salt. Murray River and Sel Gris are my favorites.
Trolf: I like to have a well-stocked pantry. That includes mise en place like pistou (a green herb and anchovy sauce), natural sweeteners like date syrup and agave to give balance to vinaigrettes, citrus in the summer, vinegar in the winter. Good olive oil is a must, year-round. And lately I like to have some aromatic pollen such as dill or fennel to use as a finishing accent.
Van Der Mije: Oranges. One of the first chefs I worked for said you should have fresh oranges and Jack Daniel’s on every menu you create. One to start the morning, the other to end the night. It’s always nice to have fresh squeezed orange juice in stock. It adds gentle citrus notes to dishes. 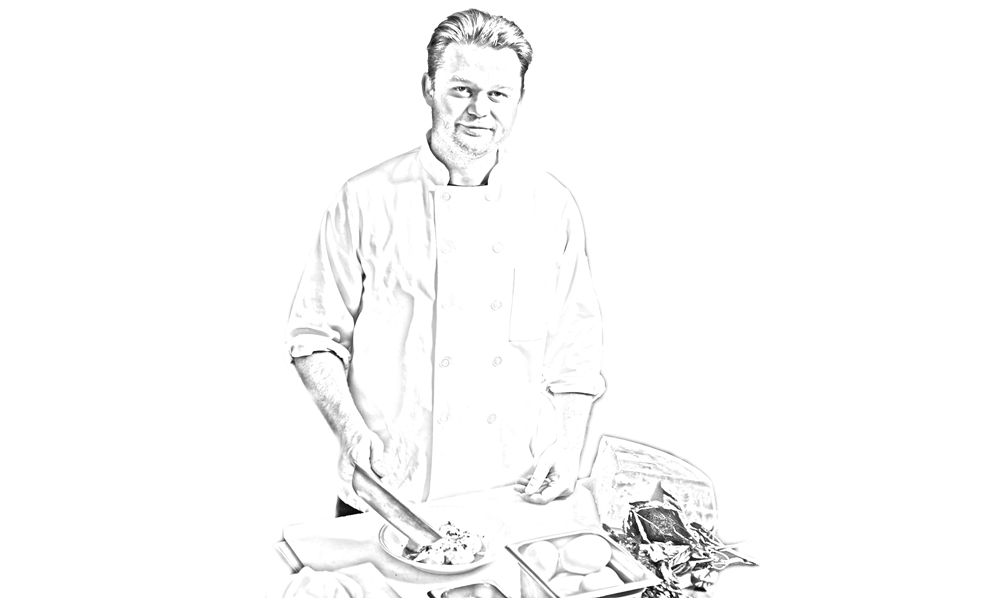 What’s your guilty food pleasure?
Trolf: I like to cook with wine but…White Castle on rare occasions.
Tchinnis: Grilled hot dogs and Taco Bell. Shh! Don’t tell anyone!
Van Der Mije: Truffle oil. It has a great aroma that permeates through the restaurant.
Bogardus: Chocolate, chicken wings, bread and ice cream. I hardly ever eat any of this but I love it and, of course, I feel terrible after.

Name a tool everyone should have in their kitchen aside from a knife:
Bogardus: Your brain! Use it, love it, nourish it.
Tchinnis: A microplane. It’s perfect for zesting lemons or grating cheese, garlic and ginger.
Van Der Mije: A box grater. They’re also good for making a quick coleslaw for family meals.
Trolf: You need to get out there and buy a Benriner. It’s a Japanese mandolin that slices things super thin. Rediscover the pleasures of raw vegetables people! 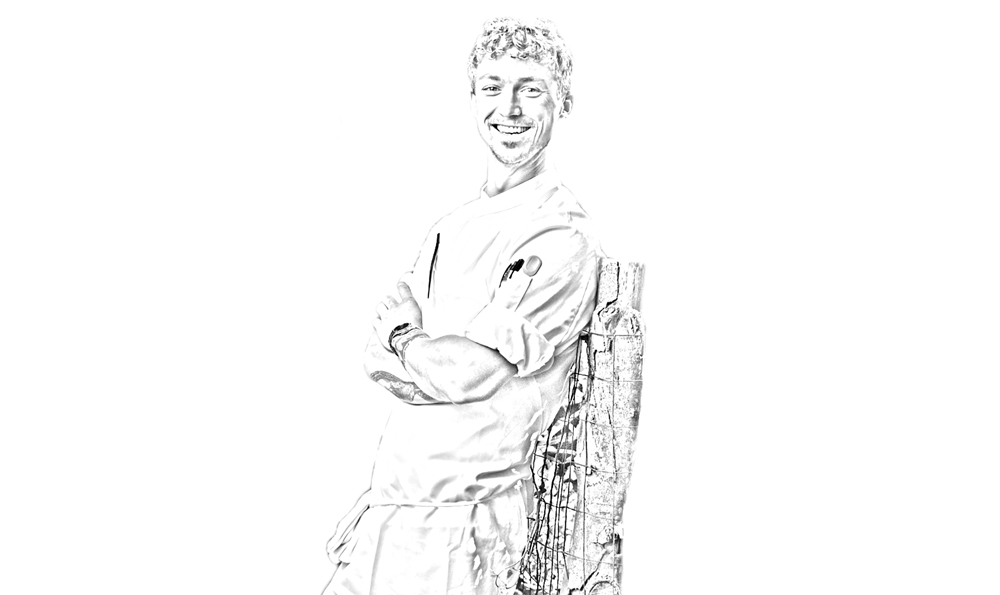 The most difficult part about being a chef is…
Bogardus: Managing staff. We have an amazing crew at North Fork Table & Inn and I rely on them for so much. Since becoming executive chef two years ago, I’ve learned a lot about leadership and how to get others to do what you want by creating a positive, creative environment.
Tchinnis: I’ve got three kids, the most difficult part is the time away from my family. The job requires long stressful hours, nights and weekends. And in the summer, I’m usually shuttling between our locations in Montauk and Huntington. But you get back as much as you put into it, there’s nothing I’d rather do.
Trolf: I love what I do. I host, I cook, I serve. To be part of a community and to see the same faces all the time and form that relationship and nourish it is awesome. But man, let me tell you, the hours are sometimes crazy.
Van Der Mije: Being away from my family is probably the biggest challenge. But if I’m being honest, especially as a new restaurant, the scrutiny—and harshness—can be challenging.

The best part about being a chef is…
Tchinnis: Creating new dishes and watching our customers enjoy them. We are constantly changing the menu at Swallow and we introduce a couple of new dishes every month. The process of conceptualizing, tasting, modifying, executing and finally having customers try it and seeing their reactions is the ultimate reward as a chef.
Van Der Mije: Working with my staff. I am extremely grateful for all the effort they put into making the restaurant successful. The industry has so many young workers. It’s really great at turning cooks and front of the house employees into professionals.
Trolf: As a chef/owner I’ve spent nights in the dish pit when my dishwasher called out sick, I’ve snaked impossibly clogged toilets, I’ve had refrigeration go down overnight and come in to rotten stenches and had to throw everything out. Sometimes it sucks working in restaurants. Still, I wouldn’t change a thing.
Bogardus: If I had to pick one it’s the endless ability for education. I love learning—whether it’s a new technique, a new way to bring together ingredients, anything at all. Being a chef is so much more than cooking food. I just want to keep learning and improving!