Since launching in 1977, Star Wars has defined what it means to be a cultural phenomenon. The film series has grossed over $7 billion worldwide. It influenced the industry by igniting interest in science-fiction films and launching the prevalence of film tie-ins. It’s also the most merchandised franchise in history with a strong legion of fans, many of whom line up days (even weeks!) at theaters in advance of a new film release. By the end of 2019, the year Star Wars Episode IX is slated for release, the Star Wars franchise will have released 11 live-action theatrical films. Though strong in numbers, Star Wars is weak in gender diversity—no film has ever been directed by a female.

Nothing changed when the franchise experienced a shake up this year as directors came and went. First, Phil Lord and Christopher Miller left the nearly completed untitled Han Solo film for “creative reasons” in June. Three months later, Colin Trevorrow stepped down as the director of Star Wars Episode IX before principal photography had begun. But that didn’t halt the film series from pushing forward. Replacements were quickly found: Ron Howard was brought in for the former and J. J. Abrams for the latter. Additionally, Tony Gilroy was a big help to Gareth Edwards in finishing Rogue One: A Star Wars Story.

It gets worse when you look at other elements of the Star Wars franchise. There have been nearly 270 animated episodes produced over several series, three TV movies and LEGO Star Wars shows. And just like the feature films, women directors are nowhere to be found. The writing front is a little better—a few women are credited in animated series. But other than Leigh Brackett’s writing credit in The Empire Strikes Back screenplay, no women have contributed to the overall Star Wars saga films.

The lack of women leadership—a longtime issue in Hollywood—is egregious in a franchise that is known for its strong female characters. General Leia, Queen Amidala, Jyn Erso, Rey and Ahsoka Tano are just some examples. What’s even more surprising is that a woman film producer, Kathleen Kennedy, has been brand manager and chief architect of the Star Wars franchise since 2012. 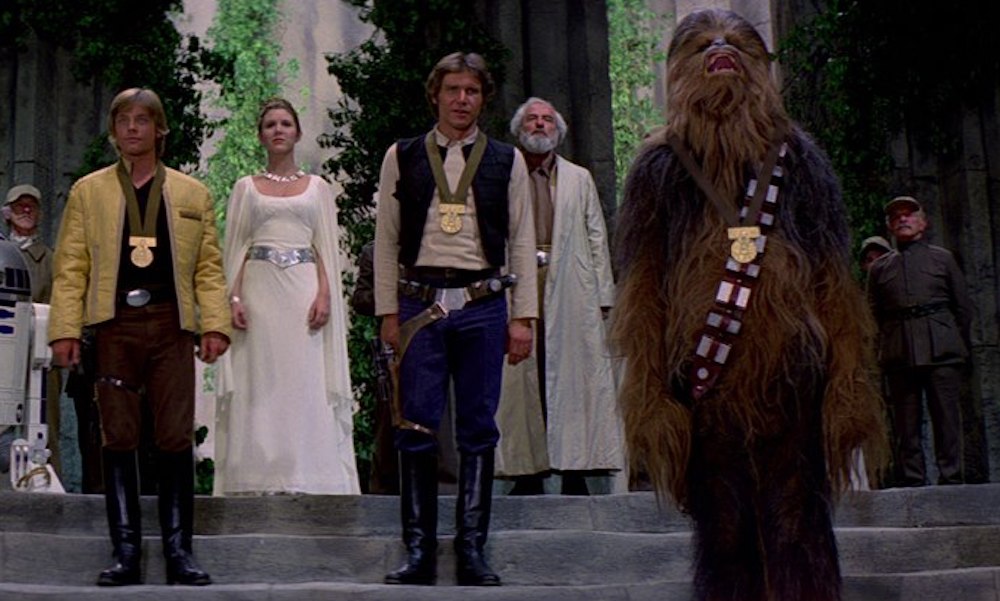 Could there be a shortage of talented female directors fit to take on Star Wars? Not quite. Several are more than ready.

The success of Wonder Woman makes Patty Jenkins a no-brainer as Trevorrow’s replacement on Episode IX. The film grossed more than $820 million worldwide and became the best American debut for a female-directed movie. But Jenkins has since signed up for a Wonder Woman sequel, taking her out of the running for Episode IX.

Kathryn Bigelow is another female director more than ready to tackle the Star Wars franchise. Proof is in her accolades, including a Saturn Award for the underrated 1995 sci-fi film Strange Days. That film spotlights Bigelow’s ability to deftly handle a science fiction extravaganza while pushing special effects boundaries. Bigelow, who even took part in creating a special, multi-faceted camera used in the point-of-view scenes in Strange Days, would be a great partner for Industrial Light and Magic, the visual effects company responsible for all the Star Wars films’ special effects.

The 1998 action film Deep Impact also makes Mimi Leder a contender. The film, focused on an asteroid ending the world, proved her ability to get nuanced and powerful performances from an array of actors, including Robert Duvall and Elijah Wood. It’s a skill she continues to hone on TV where she’s directed multiple acclaimed episodes of series, including China Beach, ER and The Leftovers. There’s no telling what Leder could’ve done had she been given the opportunity to direct something like Rogue One.

Likewise, Rachel Talalay should be at the top of Lucasfilm’s short list of potential directors. Aside from her criminally unappreciated Tank Girl, Talalay has recently distinguished herself with several episodes of Doctor Who. She’s became the first female to take the lead on the British show in 2014.

Another suggestion is Lorene Scafaria, who wrote and directed 2012’s Seeking a Friend for the End of the World and last year’s The Meddler. Neither may have set the critical world on fire, but they are visually unique with strong cast performances. Scafaria may have no hardcore sci-fi experience under her belt, but neither did Irvin Kershner prior to directing what is arguably the best installment of the franchise, The Empire Strikes Back (1980).

It’s no secret sexism flourishes in Hollywood with long-standing issues including a growing pay gap and a lack of great roles. It’s extended to women being marginalized in writing and directing jobs. But it’s startling that Lucasfilm has yet to trust a woman to bring its strong female characters to life. As one of the most successfully franchises in history, Star Wars should start giving women a chance to shine.