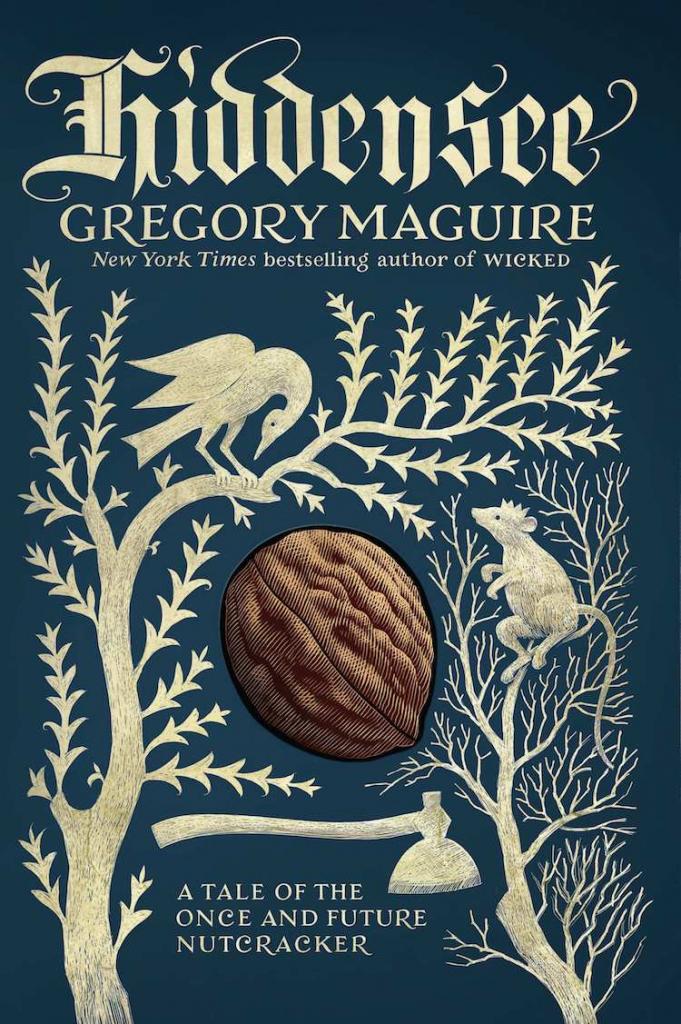 You never knew you could hold a note. But then one day, you just did. You opened your mouth and music poured forth from a talent you didn’t even know you had. Keep it up, and you might have something there. As in the new novel, “Hiddensee” by Gregory Maguire, a little practice and you could do amazing things.

Dirk never knew his parents. The old man and the old woman who raised him always told him that they’d found him in a basket among the leaves. They took him in, fed him and cared for him–until the day Dirk had “grown about as tall as a broom handle” and the old man said it was time that he learned to cut wood.

On that morning, things went horribly wrong: Dirk struck a tree, which toppled and struck back, knocking him to the dirt. He thought he was dead, but no; instead, after speaking with a bird about having murdered the tree, he pulled a small creature from the forest floor and it became a knife. That was handy, because the old man had been terribly hurt, and needed a crutch to take him home.

Though he was still a mere boy, Dirk knew the accident meant that he had to leave home. He followed a river to a village where he was taken in by a kind minister. When the minister sent him to another city, Dirk found work as a handyman for a Baron. He also found a friend who loved him, but was Dirk capable of returning it?

He doubted it. He “knew a little about longing,” but it seemed that he was meant for a solitary life of carving toys for children, though he never really liked children. He’d known some, and felt that he never understood them. Yet one stole his heart: his friend’s granddaughter, Klara.

Klara begged for his time, and for the toys he carved, and the stories he told. She gave him an ear for his tales. And when she fell ill, it was Klara who gave him something he never knew he wanted.

As told through a charmingly droll narrator, “Hiddensee” reads somewhat like an old Grimm’s Fairy Tale with quaint language and character mannerisms that, sadly, seem to get carried away sometimes.

Indeed, author Gregory Maguire keeps readers in the palm of his hand with this pre-tale based loosely on Tchaikovsky’s ballet, but there are times when its fancifulness is just too head-scratching. That comes-and-goes distraction doesn’t last long before the story returns to its delightfully Old World tone but it may, however briefly, cause some discombobulation. Thankfully, the wonderful characters, the dialect and the lush German scenery make the occasional bewilderment worth enduring.

This book feels like something you might’ve found on your grandmother’s bookcase on a snowy winter weekend, years ago. It can be hard to follow sometimes, but try anyhow. For readers of childhood fairy tales and fantasy, or fans of the iconic ballet, “Hiddensee” should strike a note.