It was the classic tale of “teenager wants car” that brought Shawn Patrick into that New Jersey pizzeria for his first job years ago. His mother had promised to match any money he made, which would be pooled together to buy Patrick’s first set of wheels. The gig began a series of cooking jobs at local delis, pizzerias and the like. When it came time for college, Patrick returned to the only place he knew: the kitchen.

After graduating from Rhode Island’s College of Culinary Arts at Johnson & Wales, he headed west filled with a desire to travel and a keen understanding that wherever people are eating, chefs are needed. “I knew I could go wherever I wanted to live and work,” Patrick recalled. “I wanted to snowboard so I got in my car and drove to Colorado. I did Colorado for a bunch of years then moved to Dallas for a little while.” The yen to be closer to home and family brought him back to the Northeast where he worked at Oak Room Tavern in Sea Cliff and The Mermaid Inn in Manhattan. 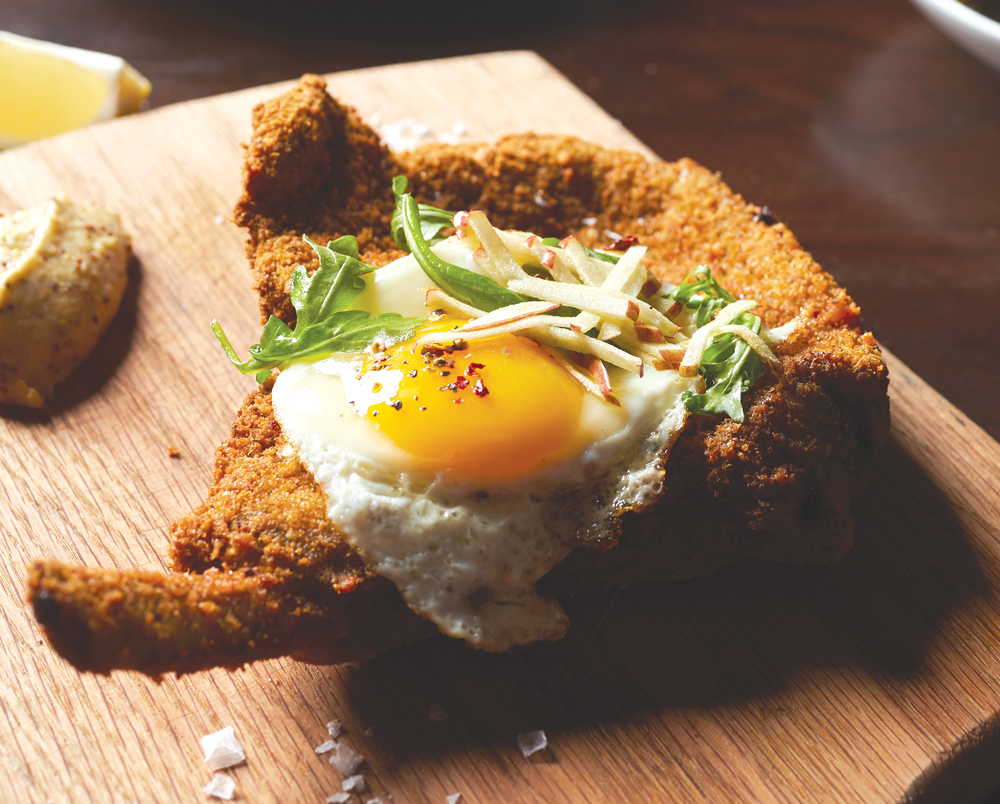 Patrick’s introduction to Manhasset’s Schout Bay Tavern was thoroughly modern: his wife saw the job listing on Craigslist. When he came in to interview, the owners presented a steakhouse concept. Patrick had other ideas, instead drawing up an eclectic menu. The owners hired him and, most importantly, have allowed Patrick to cook in accordance with that concept—however he wants. It’s become the secret to Schout Bay’s success. “They let me have fun with the food and I think people enjoy that. The menu is a little bit of everything.”

Your plate at Schout Bay is a ticket for global culinary circumnavigation with stops in the Northeast (Maine lobster) and Mexico (Mexican street corn) and India (roasted cauliflower, curried golden raisins). “You’d be surprised how much curry cauliflower I sell.” 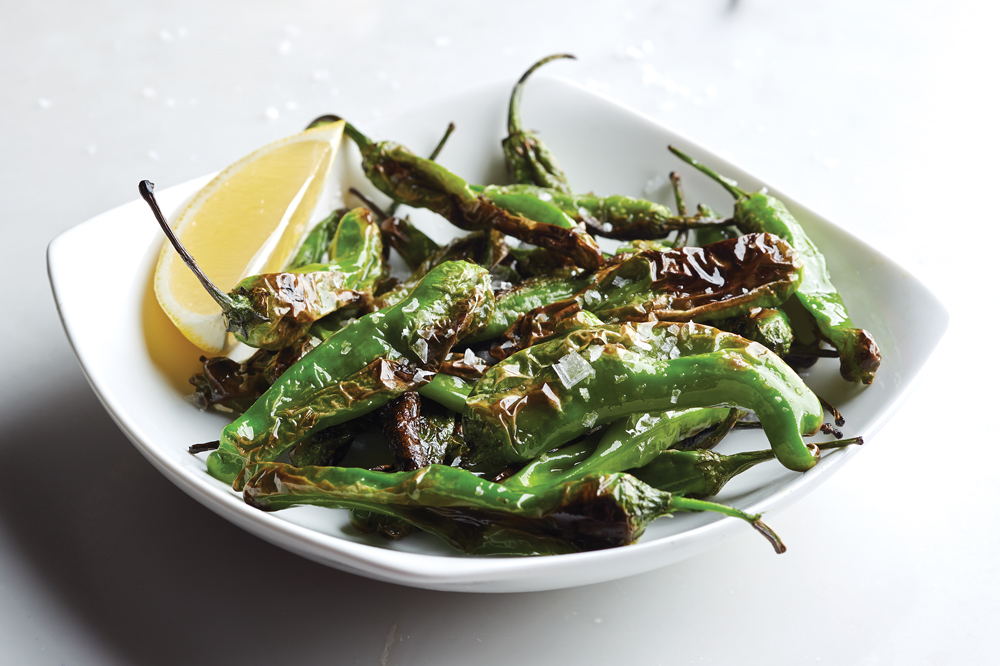 This style is a product of Patrick’s preferred way of both cooking and eating. “It’s from going out to eat and enjoying different cuisines and trying to fit them on a menu here without frightening people…It’s more fun to cook that way too. I change the menu whenever I feel like it, whenever I get sick of cooking something. If it doesn’t sell, I’ll just change it. It keeps it fun.”