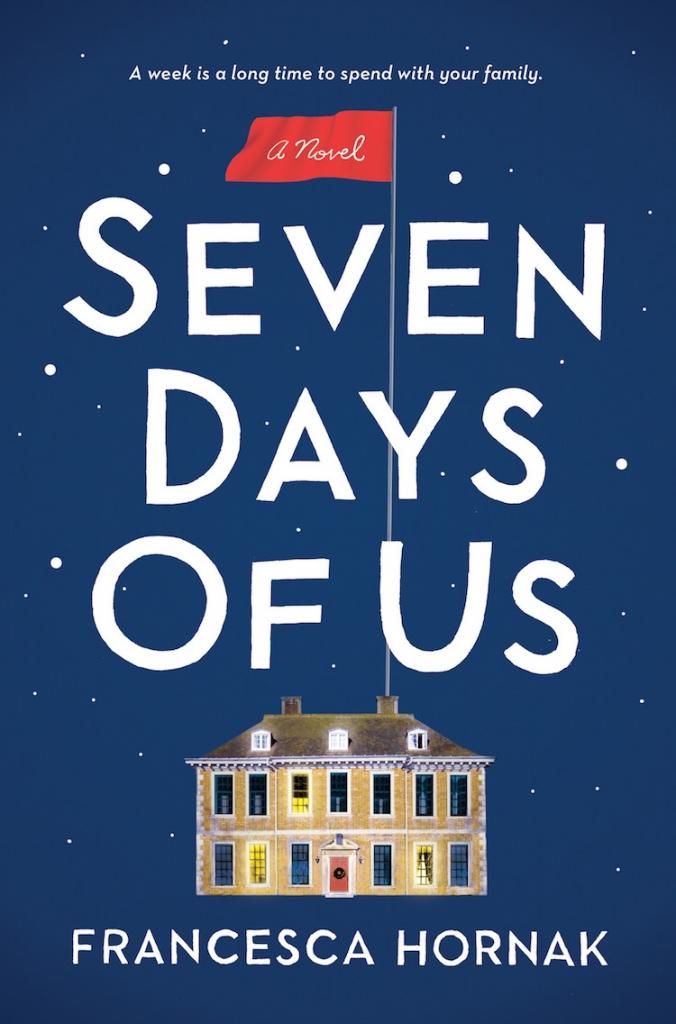 Your seating chart has been made very carefully. Uncle Tim doesn’t get along with Aunt Sally, so they can’t sit together. Cousin Jeff is old enough for the adult table now. You’re tempted to put Grandpa at the kids’ table and there’s a moratorium on politics. Before you sit down this holiday, imagine spending a whole week like this, and read “Seven Days of Us” by Francesca Hornak.

The No-Touch rule was in place for a reason. Olivia Birch knew it and so did her beloved, Sean. They were both doctors, for heaven’s sake! They knew the risks of the deadly Haag Virus. They’d taken precautions in their time at the Liberian medical camp and as soon as their final quarantine was over–his, in Ireland; hers, at her mother’s family home near London–they’d be free to be a couple.

Andrew Birch missed his eldest daughter–it’d been years since Olivia’s last trip home–but he sometimes felt like he really didn’t know her. His younger daughter, Phoebe, was a different story: she was often his dinner companion when he was reviewing restaurants for the newspaper, and Andrew valued Phoebe’s opinion and her insights. He knew that after her wedding, he’d feel a little bit lost.

Phoebe wasn’t happy about the upcoming quarantine. She’d have to be away from her intended, George, for seven days, but that seemed oddly appealing. The confinement itself, though, made her want to squirm.

At last, her entire family, including both daughters, would be together for the holidays, but Emma Birch’s excitement was also fearful. This first-in-awhile Christmas might be their last. Just before quarantine, Emma learned that the lump she’d found was cancerous but couldn’t the news wait? Why ruin everyone’s Christmas?

Growing up in Iowa, Jesse Robinson definitely stood out–not because he was gay but because he was dark-haired, dark-eyed-exotic. He wasn’t sure which birth parent he’d gotten the swarthiness from but he’d learn soon. He’d found his birth father online, and the man lived in London. So Jesse booked a ticket.

Here’s a Christmas surprise: “Seven Days of Us” is not a comedy. Oh, sure, there are chuckles sprinkled like cookie decorations here and there, but this is more a book about family and the magnification of secrets we keep from them. It’s the kind of story that lets readers in on the character’s foibles early, but takes its time in letting them sort things out while author Francesca Hornak tosses a few wrenches into the mix to make things interesting and even a little madcap at times. You might also note that the setting–a drafty, dusty old manor–turns out to be a perfect place to tell this tale and yes, you might catch the ending early, but don’t cheat and peek.

Make your arrangements around the table. Bake your pies, gild your turkey and be sure you’ve got this book set aside. When the meal is done and everybody’s gone, grab “Seven Days of Us” and have a seat.