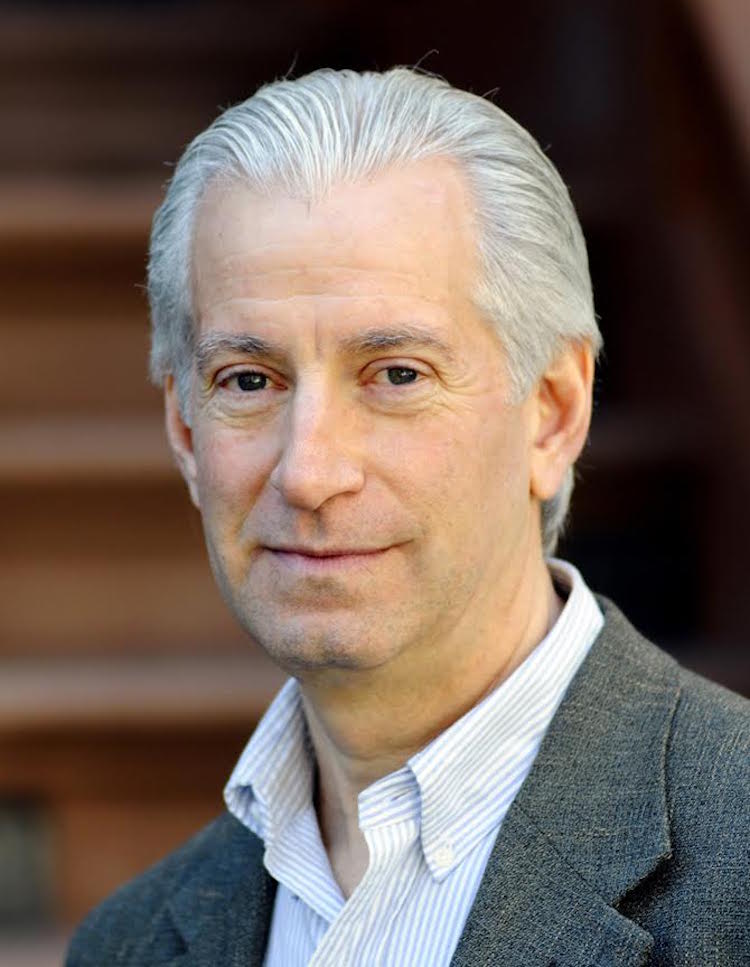 His photographer’s eye led him to focus on New York’s multifaceted buildings, structures and cityscapes. Through the years, he has published six books, including New York Deco, Manhattan Architecture and New York New York. The latter, first published in 2002 (and now in its fourth edition), features images of everything from an ornamental wrought-iron railing at The Dakota to the Empire State Building. It has sold more than 150,000 copies. Berenholtz was recently commissioned to chronicle the rise of 432 Park Avenue, one of the tallest residential towers in the Western hemisphere.

A Manhattanite, he also spends summer weekends in the Hamptons and has photographed buildings on Long Island for his latest project. I caught up with him to talk about this new undertaking, the state of photography and how smartphone cameras are changing the game.

What inspired your current project, photographing abandoned and decaying buildings in the Tri-State area?
These types of buildings and properties have always appealed to me, but I had never really gone out of my way to document them before. But once I started I was hooked. Seeing, and often being able to get inside these once vibrant and working properties, stirred various emotions in me. Plus I loved the objects, spaces and graphic possibilities they represented. There was a ghostly feeling to many of them and I often felt that I was being watched. The properties included military facilities, factories, power plants, old barns and many more.

During your early career, you focused on photographing the Twin Towers. What other buildings do you admire and why?
I’m drawn to buildings, old and new, for their forms and texture and often how they relate to the skyline and other buildings surrounding them. Of the iconic buildings in New York City, my favorite is probably the Chrysler Building. But I also love Grand Central Terminal and the Woolworth, Flatiron and Puck buildings. More contemporary buildings include those of Frank Gehry, VIA 57 West, the World Trade Center Transportation Hub and 432 Park Avenue.

On Long Island, I love Longhouse in East Hampton. Although I’ve never been in the main living area of the house, the external structure has a wonderful contemporary feeling and flow. With large expanses of glass you can also see inside and get a sense of the interior space. 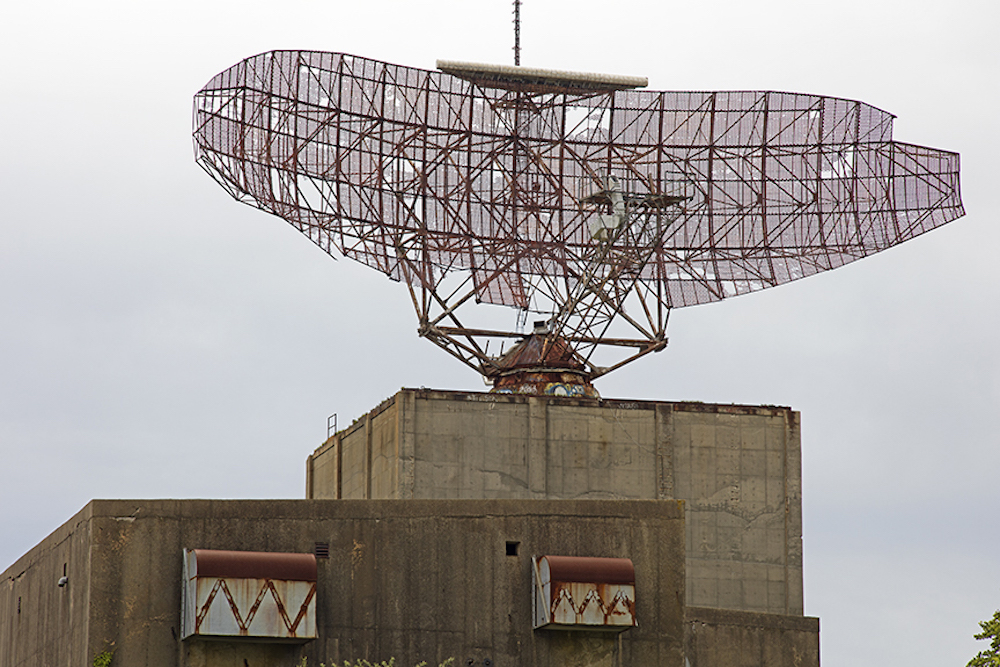 How do you get the best shots? What are the logistics involved in producing such ambitious work?
It’s all about the time of day, the light and atmospheric condition. When I decide on my subject, I usually make a scouting trip to determine what’s involved to make it look its best and give the feeling I’m going for. The time of year also plays a large part and there are often many portions of the year that certain buildings cannot be photographed well. It’s definitely a waiting game, sometimes even six months, in order to capture the building in its best light. I almost always return to shoot the same buildings and views, and they are never the same twice, which is part of the fun and excitement of dealing with the changeability of the natural world.

What should the general public know about the work of a professional photographer?
Especially for the kind of outdoor photography that I do, people have no idea, or certainly never stop to think about how much time and planning are involved to create a great image and how much more there is to it than just taking the picture. They may have a sense of this for studio work, fashion, still-life and portraiture, but not for what’s involved in dealing with what already exists in the real world and having to make the natural conditions work for you.

What did you learn from your first commission as the official photographer of a construction project (432 Park Avenue)?
This project was a very unusual situation for me as so much of it involved photographing people, which I rarely do. And those people were not static as my building and skyline subjects are; they were working and on the move…I had to learn to see and compose my photographs in a different way, to alter my position relative to the workers and wait for their forms and expressions to be pleasing and fit well graphically into the overall image. 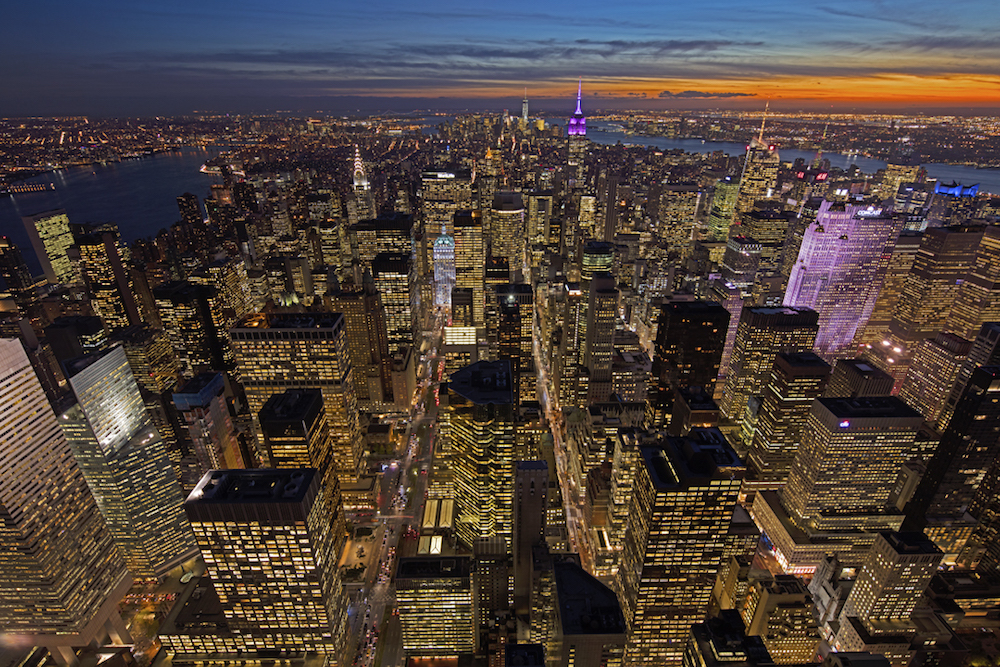 A view of midtown and lower Manhattan from atop 432 Park Avenue. image: richard berenholtz

432 Park is among a new wave of New York skyscrapers that are mostly residential towers. What are your thoughts on their architectural esthetic and how they have changed the skylines?
As with most architecture from any era, there is the good and the bad. I look around at the buildings going up in this city, as well as a myriad of others around the world, and I am amazed at how awful and thoughtless so many of these new creations seem to be. With so many great architects around and the technology to build in a way that we have never been able to before, I can’t help but wonder how this happens. The skyline has become far more vertical and consequently may be more interesting. But on closer inspection, that is not always for the best. So many of the classic views of the great iconic buildings are now blocked by these new monoliths and gone forever and that will only get worse.

How has the ubiquity of smartphone cameras changed your industry, especially the architectural-cityscape arenas?
Everyone is now a photographer. And with the continuously increasing quality of those smartphone cameras, the ease of taking photos with them and the massive number of images that are now being created, there are millions of amazing photos done by non-professionals. There is always someone in the right place at the right time to capture that incredible sunrise, sunset or perfect rainbow. It’s often difficult for even the most seasoned professional to compete with that.

Since we’re entering the holiday season, are there any areas of the city you like to visit with your camera this time of year?
Well certainly if I’m shooting holiday season related subjects on assignment or for myself and a possible book project, there is Rockefeller Center, Cartier, the wreathed lions flanking the entrance to the New York Public Library and many buildings now illuminated in their Christmas colors. Then there is always the possibility of that very rare, perfect snowfall blanketing Central Park and turning it into a too short-lived winter wonderland.