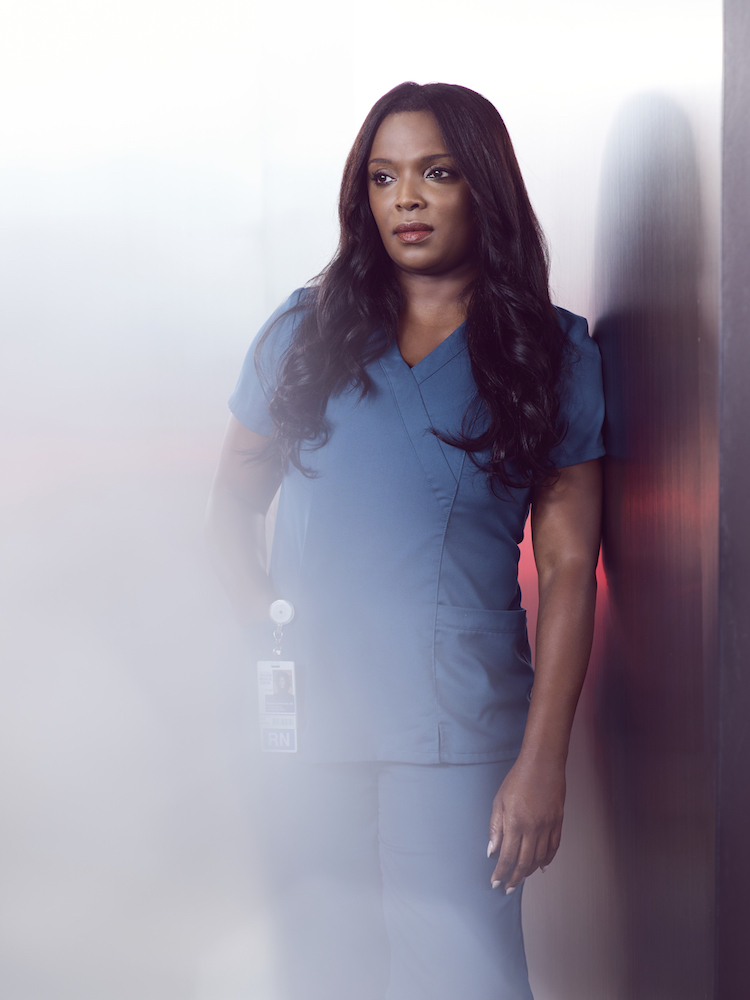 Only four episodes in and season three of Dick Wolf’s Chicago Med is already heating up. New relationships have blossomed with Natalie (Torrey DeVitto) and Will (Nick Gehlfuss) finally getting together. Dr. Charles (Oliver Platt) is struggling emotionally after being shot during the season two finale. In the meantime, his daughter Robin (Mekia Cox) is facing a troubling illness of her own. The doctors are also constantly confronted with ethical issues like what to do with a $16,000 bill given to the family of a man who died in the emergency department.

The parallels to real-life issues are evident, something Marlyne Barrett, who plays charge nurse Maggie Lockwood, says is intentional. “There’s something almost spiritual about Wolf films and Wolf pack (Dick Wolf, Peter Jankowski and Arthur Forney). We really tend to tap into the heartbeat of this country,” she said. “It’s just brilliant to be a part of it.”

Barrett, who is also gearing up to shoot her own film on sex trafficking in the coming year, spoke more about season three before the series returns on Jan. 2.

Is there a storyline you are excited that the show is telling this season?
We seem to be telling a great story about the heartbeat of a team that is from Chicago and has to take care of a very highly confronted ER trauma center. There’s pressure that’s coming from the institution asking for us to raise funds, asking for us to make sure that everyone is [covered by insurance], making sure everyone is following the protocols that will stop us from getting sued and all the various medical treatments that require specialized skills. I think what we’re looking at as a team is how do regular doctors, just regular human beings, cope with that kind of pressure on a regular basis and still develop a relationship?

It’s also relevant to everything that we’ve been hearing on the news today in terms of health care issues.
I think that’s exactly it. We try as a show to mirror or to reflect society as much as possible. I think that’s what our showrunners, Diane [Frolov] and Andrew [Schneider], try to showcase in conjunction to Chicago PD and Chicago Fire. We try to show how Chicago is a reflection of everything that’s going on in the United States right now.

Even the last episode ended with Goodwin (S. Epatha Merkerson) commenting on how the system is broken.
Exactly and I think that’s something that we are all aware of. The system is broken is our comment towards what we are dealing with. [With the things] Maggie and the other medical professionals are faced with every day, what we are trying to do is within a system that is broken, find solutions to our everyday problems in a more efficacious way.

There’s also personal issues the characters are going through and some relationships. Will Maggie have a significant other this season?
A couple of previous episodes, we started introducing this character that is an old relation to Maggie. We haven’t clarified to what extent they were involved but there was a comment that I made two episodes ago when I said, “Well, you should’ve thought that before you cheated.” That seems to be something that I’m going to be exploring this season. It is a preferred choice to introduce my private life and storyline at a slower pace and I think it’s because we have so many other relationships that are developing. What we want to show is those professionals like Maggie who are so involved in their lives at work have yet to realize how much they have neglected their personal life…What happens when your lover is your job? When your greatest dates are with your charts and your pens? What happens when you take your work home so much? Eventually you’re watching your years pass by and you’re like, “Wait a second, here I am in my 30s and I’m lonely.” This is what’s happening with Maggie.

Will what’s going on with Dr. Charles continue to shake up the hospital and the rest of the doctors?
I think definitely because Dr. Charles represents such a parental figure to our hospital…You think about him retiring and then becoming this great wisdom figure that you’re aspiring to learn from. But you never think about the father figure getting shot…Dr. Charles was in the hospital doing his job and someone that Maggie personally connected with just managed to escape our radar and shoot one of our father figures. You ask yourself, “My gosh is anyone safe?” How is safety being discussed not only in hospitals but all around the country?”

You also have a movie coming out next year called Shotgun.
Yeah! I did Shotgun on my hiatus last year in York in Upstate New York. It was a great indie experience. It was one of those great surprises like, “Oh wow, am I going to get a chance to work with Jeremy [Allen White from Shameless]?”

Jeremy is the lead actor…and it was directed by Hannah Marks and Joey Power, a great tag team. They wrote it, too…And I play one of the doctors that took care of him.