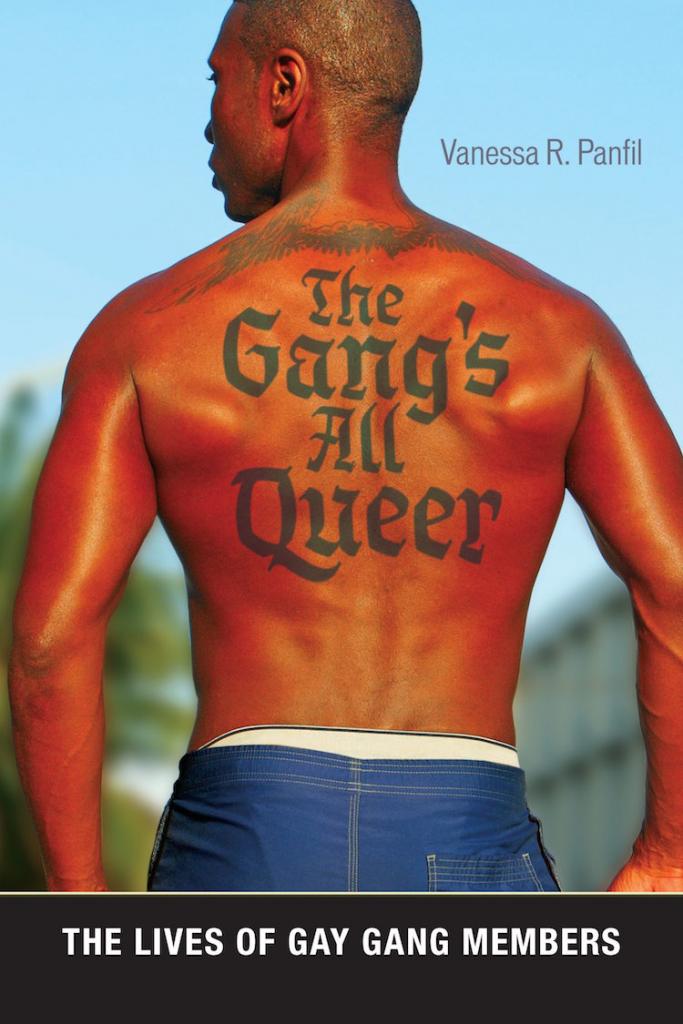 There you were, in a place that was certainly iffy, but you were totally comfortable there. No danger, no darkness, no problems–and in the new book “The Gang’s All Queer” by Vanessa R. Panfil, no world you’ve ever seen before, either.

Everybody knows that being a teen isn’t easy. Being a gay teen is even harder which, as a white lesbian woman, Panfil knew. Her work in a Columbus, Ohio, LGBTQ center for young adults showed her realities beyond what she’d lived herself, and it sparked an interest in gang membership within the community.

She already knew a handful of gay gang members. After she gained their trust, those men introduced her to a web of people who opened their world to her.
When most people think of gangs, the image that comes to mind is one of tattoos and machismo. Panfil found some of the latter, but that was often used as cover for sexual identity. Indeed, many (though far from all) of the men she interviewed kept closeted to their fellow gang members. Panfil says there are three distinct kinds of gangs: all-gay gangs, of which there aren’t many; heterosexual gangs, in which being gay could be dangerous; and more tolerant, easy-going “hybrid” gangs in which the mix of gay and straight could be up to half of each.

Panfil points out that most of the men she interviewed were careful to stress that they were very masculine. She also says, despite that more than two out of three gay men fought someone else over homophobic harassment, protection from such was not the main reason for joining a gang. The main reasons were for perceptions of “family,” or because of deep friendship. Furthermore, while there was a certain amount of crime–mostly petty theft, selling drugs and sex, although fierce violence was not unknown–many gay gangs offered encouragement, a more democratic atmosphere, job-seeking help and educational support, thus acting more as “cliques” than gangs.

Let’s start here: “The Gang’s All Queer” is a bit on the academic side, and probably not on anyone’s relax-in-a-hammock-and-read list. Having said that, it’s a very interesting take on a world that never makes the headlines.

Not only did author Vanessa R. Panfil have access to a group of men who were willing to tell-all, she fully used that access to understand why a gay man would turn to a group that’s stereotypically anti-gay. This leads to a bigger picture, and larger questions of violence and closeting, as well as problems with being Black, gay and gangster. Also, because her subjects so casually use a word that’s normally a slur, the comfortableness of such is examined, as are the issues of sex work.

Readers–even those who might struggle with the college-thesis feel of this book–will ultimately come away with a better knowledge of a world they might not have realized existed before. Certainly for scholars, but also for readers interested in LGBT cultures, “The Gang’s All Queer” is a pretty safe bet.