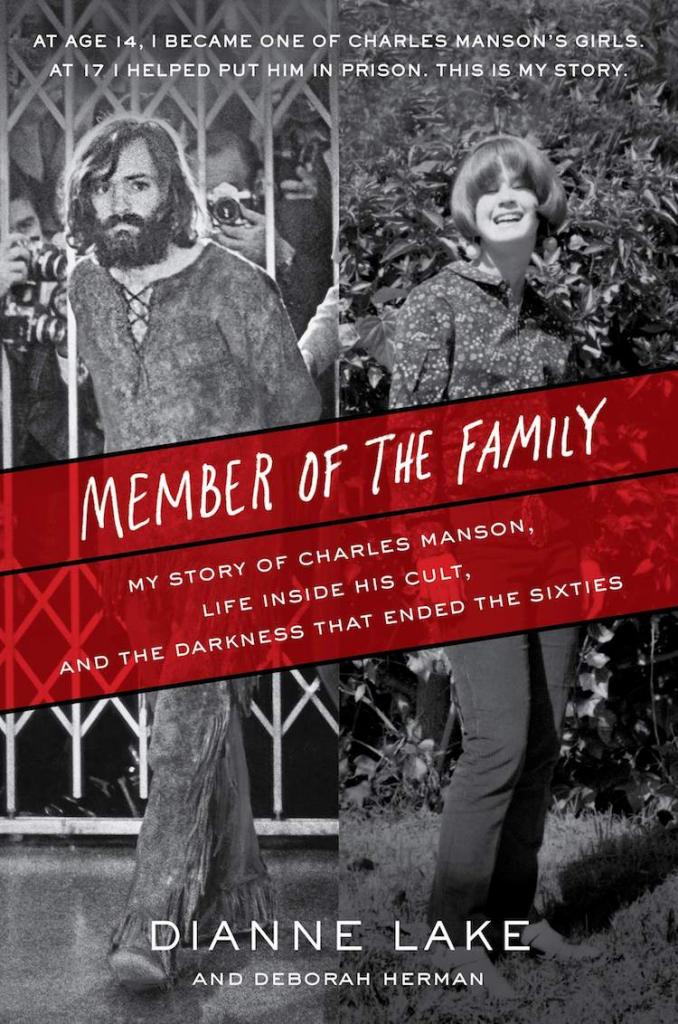 Who can forget their first crush? Those shy looks, the careful approaches, awkward hand-holding, a cautious kiss—you’ll remember those things forever. It was so innocent then, that first ask-to-dance, that first ask-to-the-movies but not, as in “Member of the Family” by Dianne Lake and Deborah Herman, the first ask-to-kill.

In her earliest memories, Lake had a childhood that every 1950s kid wanted. Born in Minnesota to a stay-at-home mom and a father who painted houses by day and canvas by night, Lake remembers family trips, a “huge backyard,” loving siblings and plenty of toys.

It was perfect for awhile. By 1963, Lake’s father was restless and depressed and began encouraging his wife to go with him to California to experience the growing counter-culture movement. She refused. After a few false starts, he went by himself. Two years later, he returned and the family moved after all, fully embracing the “hippie” lifestyle. Lake says her parents were happier then, but they were high almost constantly and they proudly shared their drugs with her.

As she’d always wanted, Lake had two parents again but she didn’t have their love, rules, support or guidance. Lake enjoyed the freedom they gave her but it scared her, too. When the family went to a Griffith Park love-in, she got lost and her parents didn’t bother looking for her. Shortly afterward, it scared her that they gave permission for 14-year-old Lake to strike out on her own.

Around then, she met Charles Manson.

He was charismatic and kind, she says. She thought he loved her so, whole-heartedly, she immersed herself into a cult where sex was for everyone, drugs were always available, life was free and fun, and Manson preached love but used his fists on his “girls.”

Still, she’d do anything for “Charlie,” although Lake had begun to think that some things weren’t quite right. When Manson gave her a knife and asked if she would kill for him, she knew they weren’t.

The first thing you may notice about “Member of the Family” is that it’s a little stiff. Authors Dianne Lake and Deborah Herman are frugal in their use of grammatical contractions, which doesn’t read quite naturally and which makes the storytelling feel hesitant. Keep reading; that feeling doesn’t go away, but you get a good sense of peace-and-love, free drugs, counter-culture hippies, and casual sex—lots of casual sex—the telling of which could make a reader squirm.

The real squirm is yet to come, though: it’s in a vividly-set backdrop for Lake ’s memory-snippets and a timeline that swirls like a psychedelic poster. It’s in a sense of perfect confusion and numb shock, and in the heartbeat of a narrow escape from the man who terrorized a nation for weeks and readers for decades.

Yes, there are slow bits here or there in this book but once you start it, really, you won’t be able to look away. If a taut psychological thriller is what you like, “Member of the Family” crushes it.