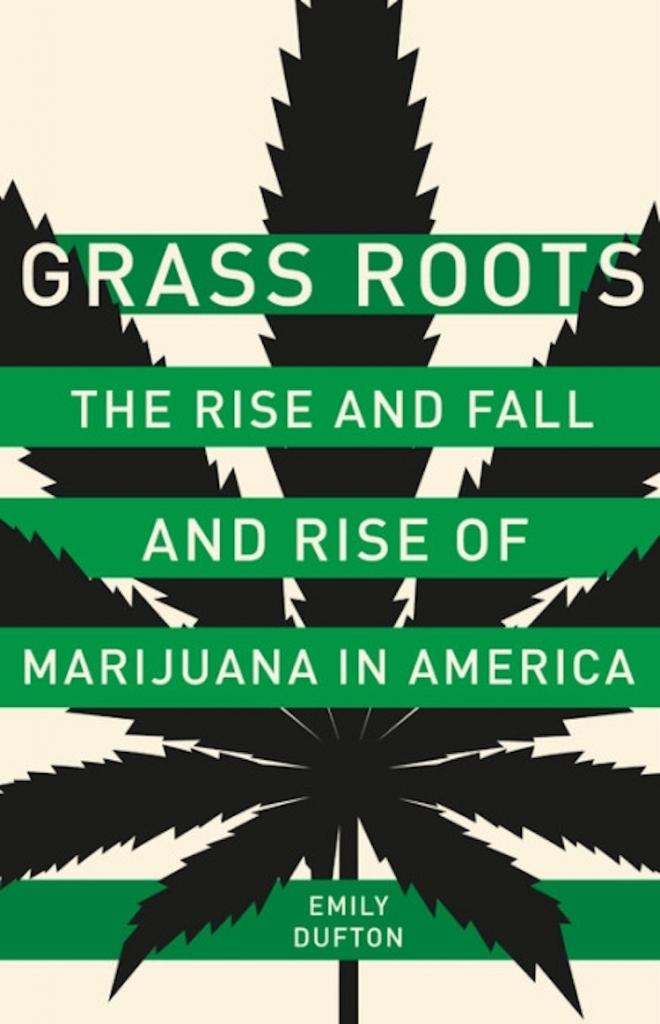 Is the grass greener on the other side of the fence? It doesn’t seem to be. Your side looks just fine, healthy and filled with weed. There’ll be no poison on that since weed is exactly what you want there. In the new book “Grass Roots” by Emily Dufton, you see how, historically, that’s been a good thing and it’s been bad.

Had you lived in Jamestown 400 years ago, you would’ve been under an interesting edict: all colonists were required by law to cultivate hemp plants. Hemp, a super-strong natural fiber, was important for the making of cloth and rope and, by the late 1800s, its by-product, cannabis, was used as medicine.

Just a few decades later, however, Prohibition was on its way in and marijuana was on its way out. The 1937 Marijuana Tax Act made possession and transfer of cannabis illegal and that was the final word. For a while.

On August 16, 1964, Lowell Eggemeier stepped into San Francisco ’s Hall of Justice “and politely asked to be arrested for smoking pot,” which was a felony then. He got what he wanted: to “launch a revolution.” By 1968, “pot had become fiercely political” from coast to coast. By 1970, its usage had swept into suburbia.

Still, despite that weed was widespread, it had its detractors. Richard Nixon “despised” marijuana and did everything he could to link it to society’s ills. Even so, as he “helped pass one of the most sweeping drug laws in American history,” many questioned whether those laws were fair, especially considering the number of arrests for possession of pot. Meanwhile, in Oregon, a member of the House and a pig farmer helped decriminalize weed in 1973, becoming the first state to do so. No other state was willing to follow suit until Nixon resigned and the decriminalization movement began anew.

By 1978, it was reported that children had “easy access to head shops,” and parents went on the offensive. Nancy Reagan just said “no,” and everyone worried that joints led to crack cocaine. Anti-drug sentiment was everywhere until we came full-circle. In the 1980s, AIDS brought back the idea of marijuana as medicine.

“Grass Roots” proves that marijuana has had its highs and lows through the years. But learning about it could have been so much more fun.

True, there’s a lot of historical information inside this book, so it can absolutely be said that author Emily Dufton offers what her subtitle promises. There are dates, stats, presidents and activists here, plenty of laws and names, but all that info is pretty dry in its delivery. It’s not bad—it’s just not very lively. It should also be mentioned that it’s mostly about smokeable marijuana, not hemp-as-crop.

And yet, anyone wanting to know about where weed’s been and where it’s going would be happy with this book. It’s comprehensive and fact-filled, which makes it a treasure trove for the right reader. And if that’s you, then “Grass Roots” is a great place to spend your green.