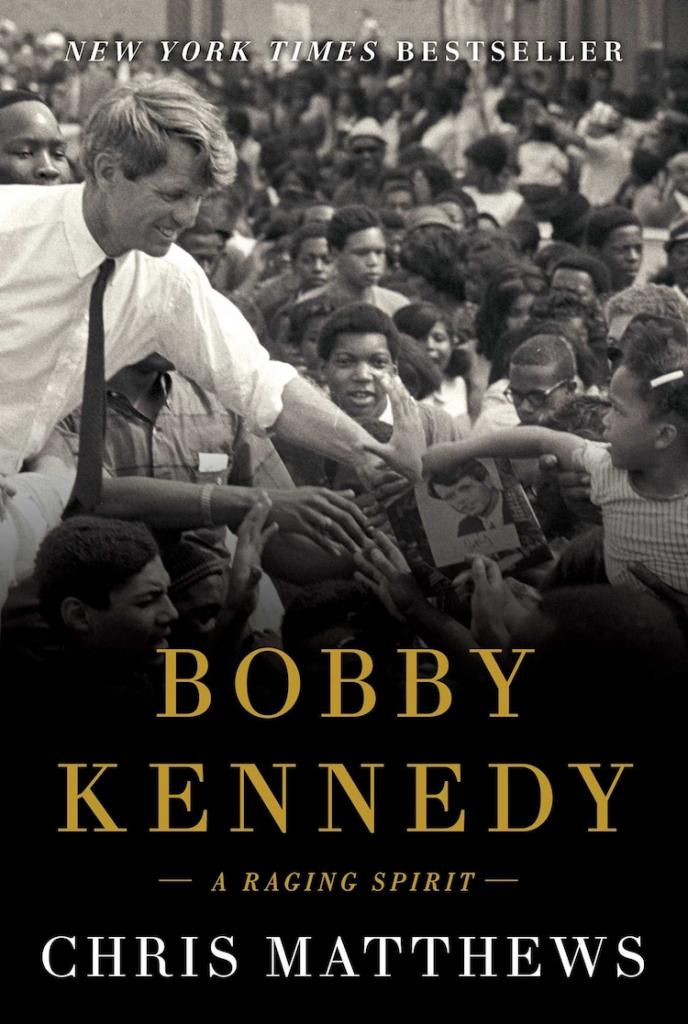 You have other plans. That’s your excuse for trying to get out of doing something you don’t want to do, but good luck with that. Sometimes, fate just steps in and changes things. Sometimes, your plans are weaker than your duty. Or sometimes, as in the new book “Bobby Kennedy: A Raging Spirit” by Chris Matthews, you may have been born to it.

Known by his mother as a “vulnerable,” devout, compassionate boy, Robert Kennedy grew up with a handicap: his father’s disdain and dismissal. Kennedy was his parents’ third son, but he was preceded by several sisters and overshadowed by his big brothers, who were clearly Joseph Kennedy’s favorites. Being ignored by his father colored Bobby’s life forever.

Even so, he adored his brothers, Jack and Joe, Jr., and he always wanted to be with them. “He wasn’t clever or bookish like Jack,” says Matthews, and he wasn’t as “well-rounded” as was Joe, Jr., but what Bobby lacked in charm and smoothness, he made up in morals and steadfastness. At private schools—and he attended several of them over the years—Bobby was known as a trustworthy guy.

Years later, after Joe, Jr. was killed in a plane crash, after Jack fell ill and received last rites multiple times, and after Bobby had learned to “handle” his father, he proved his loyalty once again by giving up a growing career to work to put Jack into office. Doing so also required internal sacrifices: by design, Bobby became the “bad guy” to preserve the good-natured reputation that Jack had cultivated. Bobby was the deliverer of bad news. He was the guy who had to say “no” when “no” needed saying.

And it worked, but barely. By just a few thousand votes, John Kennedy became President of the United States and he appointed Bobby, his attorney general. For the rest of Jack’s life, Bobby continued to be Jack’s most faithful bad-news bearer, but his compassionate nature ran strong. On issues of poverty and civil rights, Bobby’s eyes and mind were opened.

“Bobby Kennedy: A Raging Spirit” is a big book—almost as big as its subject.

Truly, it’s impossible to write a biography about a historical figure without including the influential people who surrounded him so, in addition to background on Bobby Kennedy, you’ll also read about others, politically-minded and not, who were in his sphere. Books about JFK are legion but here, readers see what drove Bobby before the 1960 election and afterward, how he was essential to JFK’s win in 1960, and why he turned his attention to poverty and equality after Jack’s death. Author and MSNBC Chris Matthews also adds personal notes and, with relevance and good storytelling, re-introduces a few important players to history and shares fresh anecdotes about a time that still holds meaning.

This April will be the 15th anniversary of Robert Kennedy’s assassination, so there’s time to get this book and get filled in. If past-current events is important to you, “Bobby Kennedy: A Raging Spirit” should be in your plans.