“I loved entertaining with my grandmother, setting everything up and blowing everyone’s mind with little details.”

Most success stories start with humble beginnings—John Tunney’s is no different. Before his illustrious career as a restaurant tycoon, he got his first taste of the hospitality industry helping his grandmother entertain guests at her home. Today, he oversees a culinary empire.

Tunney was destined for the job and knew it from the start. When asked as a child what he wanted to be when he grew up, he drew a door that said “restaurant” on top. Not long after, he began climbing the ranks from teenage dishwasher to server and manager before reaching the top of the mountain: ownership. His first ventures were no small feats. Tunney had a hand in rebranding the historic Oheka Castle, returning it to its Gatsby-era glory, and also helped establish Carltun on the Park in East Meadow. 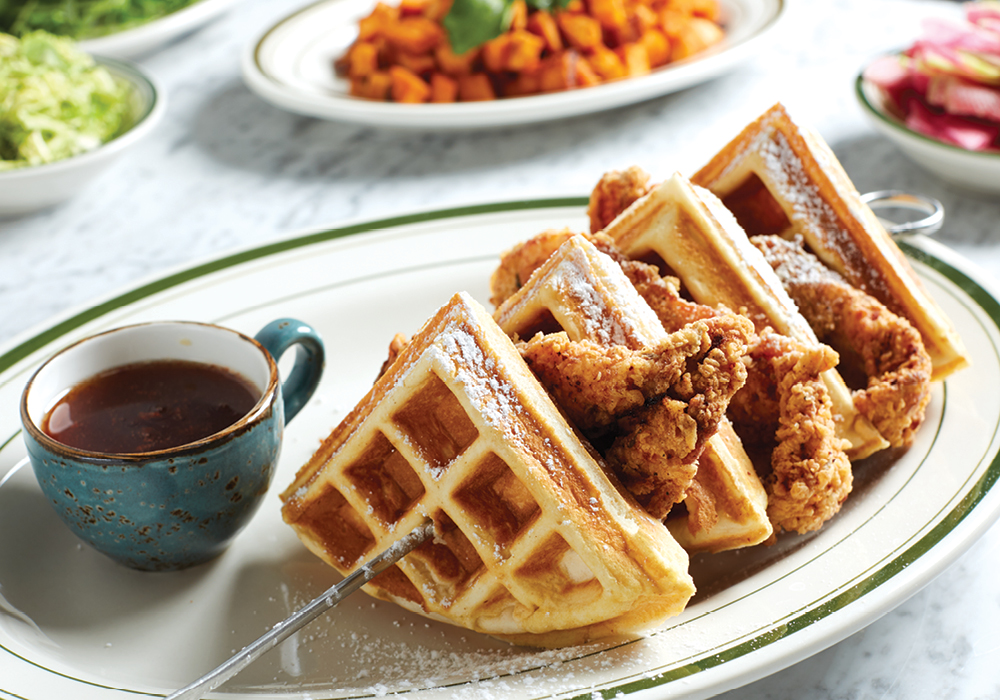 He went on to open Temple Bar and Grill in Caesar’s Palace in Atlantic City and Olio! in the MGM Grand Hotel and Casino in Las Vegas—at one time, owning homes in New York, Las Vegas and Los Angeles. The constant travel made Tunney search for stability, which he found in a move back to his native Long Island. “I wasn’t going to travel anymore,” Tunney recalled. “[In 2002] I opened Blue Honu in Huntington and set up a new office in town.”

Blue Honu was the first of several eateries Tunney would lay claim to in Huntington. During his time in California, he made frequent trips to Mexico where he fell in love with the cuisine, inspiring him to open Besito in 2006, a brand that has grown to include five restaurants in two states, the latest in Islip, which opened in the fall.

His newest Huntington venture, The Shed, is a departure from South-of-the-Border cuisine. “[It’s] a fun American place,” Tunney described. “I saw a gap in the market for American in the way we’re doing The Shed. It’s a local place, it’s small, it’s cozy…We’ve taken classic American dishes—with a big focus on breakfast and lunch—and we’re doing them with really high-quality ingredients.” 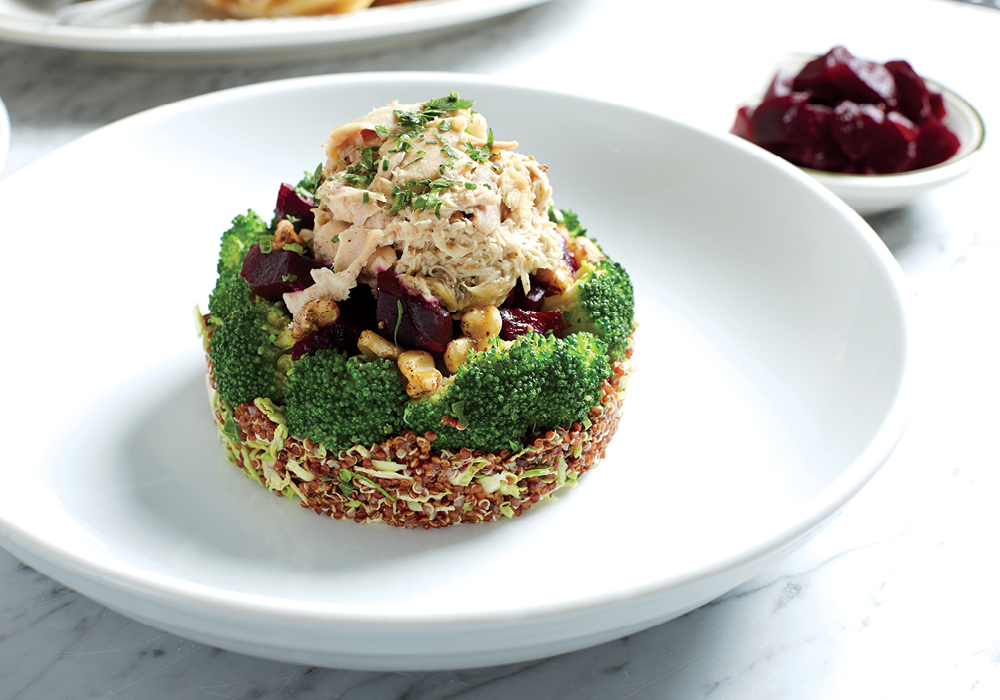 The Shed separates itself by making delicate yet noticeable tweaks to elevate classic dishes: filet mignon added to eggs Benedict, a bold habanero honey replacing maple syrup on chicken and waffles. The early results have been well received. “I’ve never seen anything like it. On the fourth day one waiter said, ‘John, one of my regulars is coming back today.’ I said, ‘Regulars? We’ve been open four days.’ He said, ‘They’ve been here three times.’”

With the attrition rate of restaurants being so high, it begs wondering how Tunney is able to not only survive but thrive in an innately difficult business. The answer lies in those early days with grandma. “It’s about environment, it’s about hospitality…Too often, all those facets aren’t taken into consideration, some places are design heavy, some places are so into their food they haven’t looked up to see what the public’s asking for.”

People enter the business believing they are experienced, Tunney said, not taking into account the aforementioned qualities of a great restaurant. “A lot of people think they have a lot of experience from going out and dining and they think they know good from bad. But knowing good from bad is a lot different from being good from bad. You can know a lot about football, it doesn’t mean you can play it.”