Renée Shafransky’s debut mystery novel “Tips for Living” gained momentum weeks before its Feb. 1 release. Amazon listed it as a Kindle First giving members access to it a month in advance. It quickly went to No. 2. “I’m so tickled and thrilled. I had no idea it was going to do so well so fast,” the longtime Sag Harbor resident said.

The book centers around Nora Glasser, a woman who divorces her husband, Hugh Walker, after he gets his mistress pregnant. To reclaim her life, she moves from New York City to the fictional town of Pequod. Three years later, Nora is finally at peace working as an advice columnist for the local paper. That all changes once her ex-husband moves to the seaside town with his new family. To make matters worse, Hugh and his wife are shot to death. Nora, who can’t recall where she was the night of the murders, becomes a suspect.

Shafransky, a former Village Voice film critic and screenwriter, drew inspiration from her own “dumpster fire” divorce decades ago. More ideas came from her work as a psychotherapist. “I’ve worked with a lot of clients who have gone through the heartbreak of the trail and I’ve listened to their raw emotions,” she said.

The author, who grew up in Huntington, spoke more about the book and how Long Island influenced it. 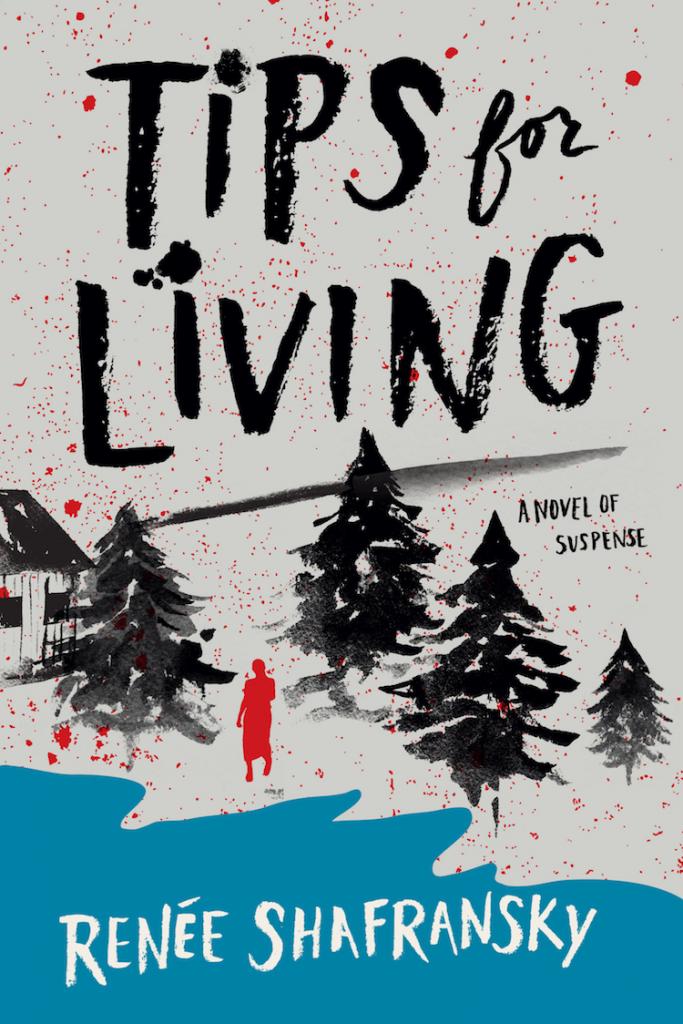 How did you get into writing?
When I was a little kid there was something called the Long Island Speech Contest and you had to write an essay and compete. I wrote this essay and I got onstage and read it with all the other kids who wrote their essays and I won. It kind of got me hooked.

What about the title?
“Tips for Living” has multiple meanings in the book. One meaning is how to keep your heart open in the face of hurt. Another is how to stay alive with a murderer on the loose. And another is how to treat people in such a way that they won’t want to kill you.

Did living in Sag Harbor influence this book at all?
Yeah! The fictional town [in the book] has a lot of the East End in it. It’s also a mix of a number of small resort towns I’ve lived in my life—one on Lake Michigan, one on the California coast. They all have some tension between the local people and the affluent part-time residents. There are these economic inequalities in seasonal economies like beautiful empty houses but no affordable houses for local people…I thought that setting would really help the tension in a murder mystery and certainly that kind of tension operates on the East End.

The name of your book’s fictional town is also the name of the ship in Moby Dick. Was that intentional?
I named the town because of that. I make references to Moby Dick in the book.

Was that one of your favorite books growing up?
I wouldn’t call it my favorite book but it is a whale of book that I still try and tackle.

Did you have favorite books growing up?
My first favorite book that I remember was “A Wrinkle in Time.” But in terms of books that are mysteries that I was thinking about when I was thinking of this book is “Compromising Positions” by another Long Island author, Susan Isaacs. And also a very important mystery writer for me is a current author named Louise Penny. She writes about mysteries in a fictional town like I do, only hers is in Canada outside of Montreal.

Where is your favorite place to write and why?
Anywhere in my house where my little dog Hitchcock (a Cavalier King Charles Spaniel) can park nearby. When I’m stuck or when I’ve been buried in the book for too long, I’ll look up and he’ll be there giving me his equivalent of a doggy smile or wanting treats and pulling me back into reality again.

I’m assuming he was named after Alfred Hitchcock.
He was—the master of suspense!

Renée Shafransky will sign copies of “Tips for Living” at Turn of the Corkscrew in Rockville Centre on Feb. 9 and Harbor Books in Sag Harbor on Feb. 17.